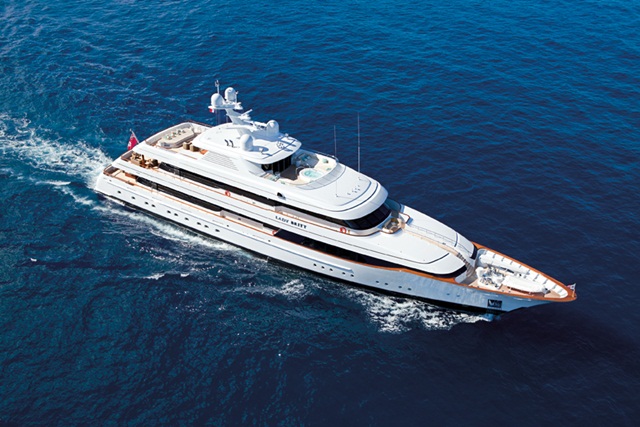 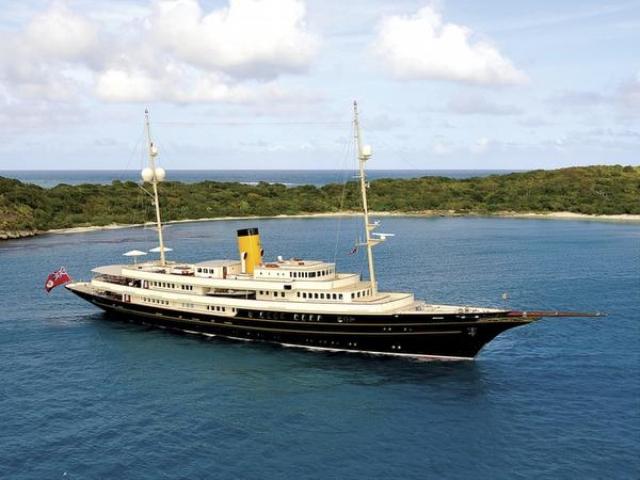 Quick: Name your favorite yacht. Chances are, at least one or two names come to mind. And for good reason: While there are plenty of beautiful boats, some megayachts simply stand apart from the rest. That’s why in this edition of the Superyacht 6, we’re showcasing some of your favorite yachts, which you’ve shared on our Facebook and Twitter pages as well as via the most frequently viewed pages on Megayacht News.

This “Readers’ Choice”compilation comes down to a few different things. In some cases, the selection is due to distinctive exterior styling. In others, it’s a combination of wise space planning and smart lines. Ultimately, though, a yacht becomes more beautiful because of the people who build and operate her. After all, as the saying goes: Beauty is more than skin deep.

1. Nero. Jan McAndrew Henry, a regular commenter on our Facebook page who’s also a broker with Fraser Yachts, cites the fact that Nero doesn’t just exude old-world charm, she’s also comfortable. The 90.1-meter (296-foot) Nero is nearly three years old but, as the photo above shows, looks as if she stepped from the pages of history. She’s a replica of Corsair, the private steam-powered yacht commissioned by American financier J. P. Morgan. One more reason to like Nero, according to Henry: “They have a mascot onboard, the cat they rescued from the shipyard in China! All good!” All good indeed.

2. Chrisco. This 100-foot sailing yacht was nominated by reader René Meyer, for having “outstanding design” and “good size of living space,” without being too large to pull into small harbors. Many of you agree; our video of Chrisco is the second-most-popular article of all time. Even industry representatives are impressed with Chrisco. She has garnered a handful of design awards, including ones from the International Superyacht Society.

3. Limitless. “Classic lines, love the blue hull and American flag,” writes Peter Johnston of Ontario, a.k.a. skicarvin on Twitter. The fact that the 96-meter (316-foot) Limitless does fly the American flag is a point of pride for many yacht-watchers. She also became the largest American-owned yacht by far when she was delivered in 1997.

4. Maltese Falcon. A few votes came in for this one, understandably. The 88-meter (289-foot) Maltese Falcon is unlike any other sailing yacht on the planet, brimming with modern technology. Even the beauty of the J Class yachts competing in Newport this summer couldn’t keep residents and visitors from taking long looks at Maltese Falcon while she was docked there, prior to the start of the Transatlantic Race. 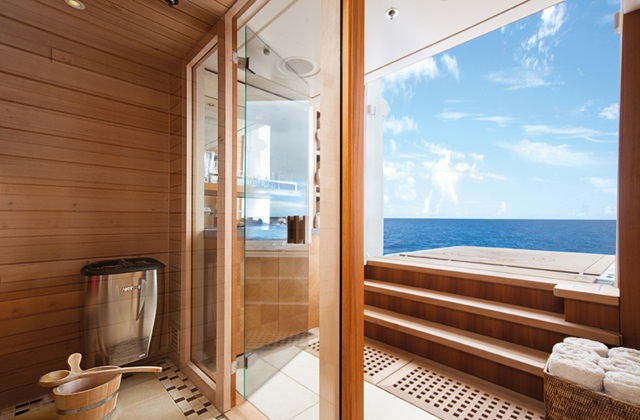 5. Lady Britt. It’s no surprise to see a Feadship on this list, but it did come as a surprise to see such a new one. Lady Britt, which also recently debuted for charter, was delivered just last year from the Royal De Vries yard. The 63-meter (203-foot) Lady Britt has a few features that attract attention, including a lower-deck sauna (pictured above) and upper-deck panoramic gym and spa.

6. Mirabella V. Judging from the fact that the video of Mirabella V on Megayacht News is the most popular article of all time, you readers definitely can’t get enough of her. To date, it’s been viewed more than 16,400 times…and rising.