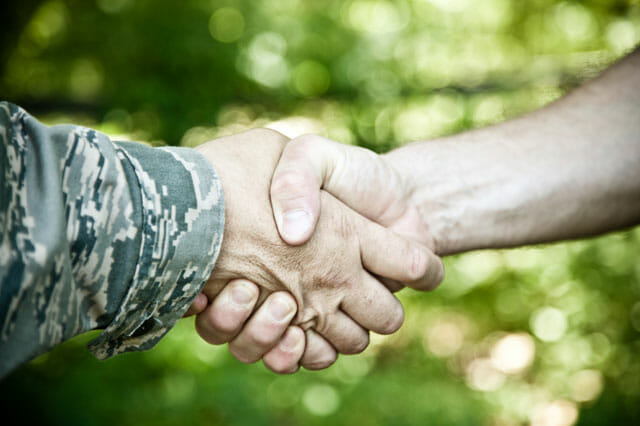 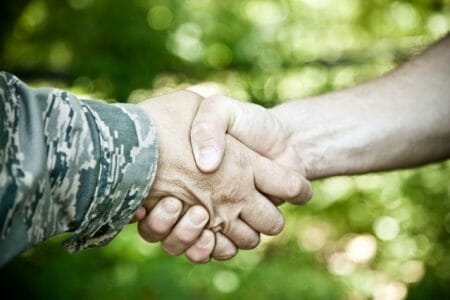 The next time you see the 155-foot (47.24-meter) One More Toy, she might be hosting a handful of wounded American soldiers. And she will hopefully inspire other yacht owners and crew to do the same.

That’s because One More Toy is the centerpiece of Operation Cruise, an organization founded to help heal soldiers’ physical and emotional scars, as well as those of their families.

Operation Cruise was created by Gary Markel, One More Toy’s owner. He got the initial idea for what would become Operation Cruise last December. “I was sitting around, channel surfing, when I saw a military channel program on wounded warriors in St. Thomas,” he says. The soldiers, some missing limbs, were scuba diving with a group of volunteers. Markel says a thought suddenly struck him: “I’ve got a boat; if it’s not being chartered or we’re not using it, it’s doing nothing.” Why not, he thought, provide these soldiers and their families with an experience they’ll never forget?

It wasn’t a simple matter of setting up a foundation. After all, some of the soldiers are still active personnel, so security clearances and other crucial matters need addressing. Through a few different contacts, Markel decided One More Toy could be put at the military’s disposal, similar to the volunteers in St. Thomas that he saw on the TV program.

Markel contacted a friend who founded Care Coalition at MacDill Air Force Base in Florida. Care Coalition helps Special Operations Forces personnel recover and rehabilitate physically and emotionally, with the aid of licensed counselors. The soldiers are then assisted in returning to military life or re-entering civilian life. Markel’s friend put him in touch with the head of Care Coalition, and Markel offered the yacht as a counseling platform. As you can imagine, Care Coalition was thrilled to have One More Toy, especially given that she could host far more people than the 20- to 30-footers other individuals had donated for use. 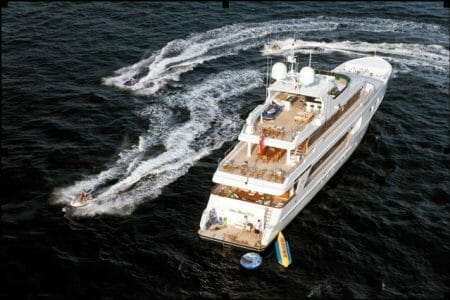 One More Toy hosted her first soldiers and families cruise in February 2011, in the British Virgin Islands. A Care Coalition counselor was among the six people aboard. She told Markel after the trip that being aboard One More Toy really helped the soldiers open up to her and one another, despite being strangers. Markel was delighted. “It hit home: Maybe I could get other yacht owners to donate to the cause,” he says.

On Operation Cruise trips aboard One More Toy, counselors are always present. They help the soldiers and their families alike work through the variety of issues with which they struggle. Given that some of the soldiers are double amputees, Markel’s crew and the counselors review their special needs ahead of time to ensure they’ll be able to get around the yacht. When they’re not in counseling sessions, the soldiers and families do what everyone else does aboard a yacht: play on the watertoys, snorkel, swim, catch some sun on deck, and of course enjoy the first-rate food. Interesting enough, therein lay one of the first difficulties that One More Toy’s crew encountered on an early trip. “We have a funny problem,” Markel’s captain told him. “None of the troops will let us serve them.” Markel pauses a moment, then adds, “They caught on quick.”

Overall, the healing trips have been rewarding and heartwarming in ways that not even Markel could have imagined. One More Toy’s captain officiated at the marriage of one soldier and his fiancé while aboard. The crew even decorated the yacht

Operation Cruise, which was awarded with the International Superyacht Society’s Excellence in Innovation Award this year, is in need of more yachts and other donations. Markel says two additional owners may donate their yachts for future trips, but there’s still an immediate need: “Unfortunately we have more than enough people to put on these yachts.” There are opportunities for everything from yacht donations to slip donations. Operation Cruise is also in need of monetary contributions to cover the yacht owners’ out-of-pocket costs for meals, fuel, and related items while the soldiers and families are onboard. All donations are made via the Task Force Dagger Foundation, a 501(c)(3) organization that assists special ops personnel and their families. Since the Task Force Dagger Foundation specifically hosts several water-oriented trips, it was a good partner for Operation Cruise. Markel says he is in the process of setting up Operation Cruise as its own 501(c)(3) organization as well.

To get involved, contact Operation Cruise, or fill out this form.