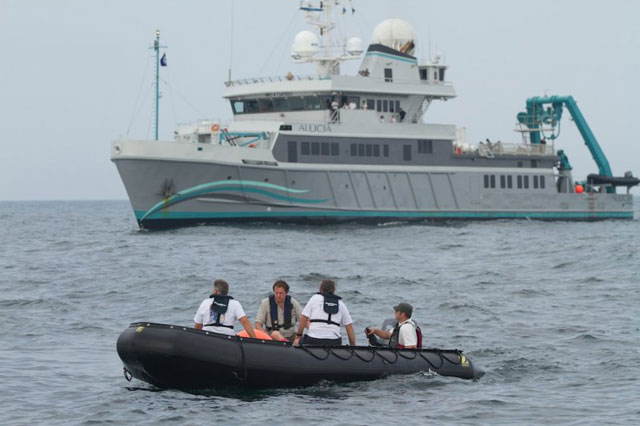 U.S. federal marshals are detaining the megayacht Alucia in Guam after a Seattle-based company filed a lawsuit over what are claimed to be unpaid repair bills.

According to the Pacific Daily News, a newspaper in Guam, the 183-foot Alucia is not permitted to leave the port of Piti. The crew is remaining onboard, and they have not been charged with any wrongdoing. Court documents reveal they are being permitted to stay on the megayacht to avoid immigration issues, as the company that filed the lawsuit does not know their nationalities.

Beta Maritime Limited confirmed the amount as an unpaid balance in the same court documents. The company refuses to pay, however, claiming Alucia was delayed beyond the contract period, which indicated a date in April. It says it is entitled to liquidated damages, as outlined in the contract, and points out that the agreed-upon liability for late redelivery is a maximum of $250,000. Furthermore, Beta Maritime Limited states that Alucia’s crew has had to make repairs to maintain the megayacht’s safety and habitability. The company adds that other deficiencies remain unaddressed, totaling about $400,000. Beta Maritime Limited therefore claims it is entitled to $630,000, the sum of the unaddressed deficiencies and the liquidated damages. This is why it is withholding the $620,000 unpaid repair-bill balance.