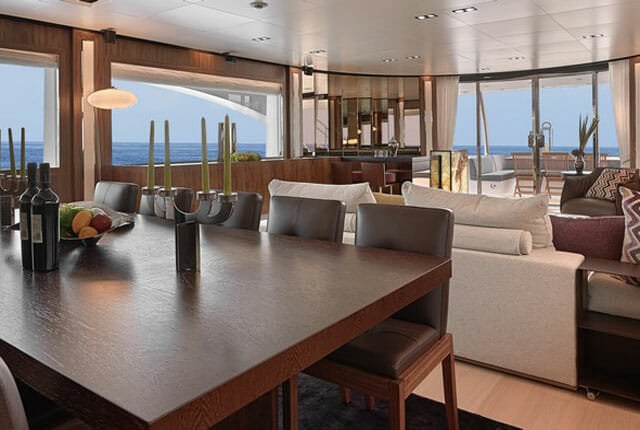 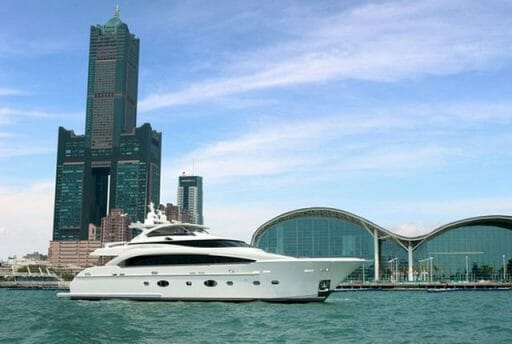 If you’re headed to Taiwan for the Taiwan International Boat Show, look for this lady. She’s Carnival Liberty 3, the newest launch from Horizon Yachts.

While not yet delivered to her owner, from Japan, Carnival Liberty 3 is attending the show to underscore two key facts for Horizon Yachts. First, it enjoys good repeat business. The owner of Carnival Liberty 3 commissioned this RP110 after owning two previous Horizons. Second, while she’s just the second hull in the series, the RP110 is already proving popular. Horizon says there are two more under contract, and the fifth RP110 is in negotiations.

The owner of Carnival Liberty 3 is already making plans to cruise and fish with his family starting later this month. During sea trials in April, the RP110 hit a reported 18-knot cruise and 22-knot max speed. She’s equipped with twin 1,900-hp Caterpillar engines. 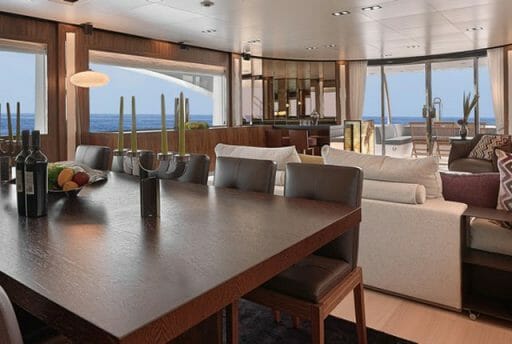 Since Horizon Yachts allows all owners to customize their craft, the owner of Carnival Liberty 3 did just that. For fishing, he requested a baitwell on the aft deck. It’s unusual, to say the least, for an otherwise customary-looking raised-pilothouse motoryacht to have such a feature. This RP110 has a main-deck master suite and four guest staterooms below decks. The master benefits from two large, circular skylights. The bed seemingly floats, too, anchored to the wall. The same technique is used in the guest staterooms. The owner tapped Luca Dini Design for the interior. It’s quite modern, with a mix of dark wood on bulkheads and light wood underfoot. There’s also backlit stone adorning the saloon bar, and mirrored surfaces.

Other custom features aboard Carnival Liberty 3 include a tender garage with a day head so that it can double as a beach club. The megayacht further has a hi-low swim platform to ease the tender in and out of the water. A door to starboard yields access to the garage/work area. A permanent workbench lets the garage be a true working space when needed.