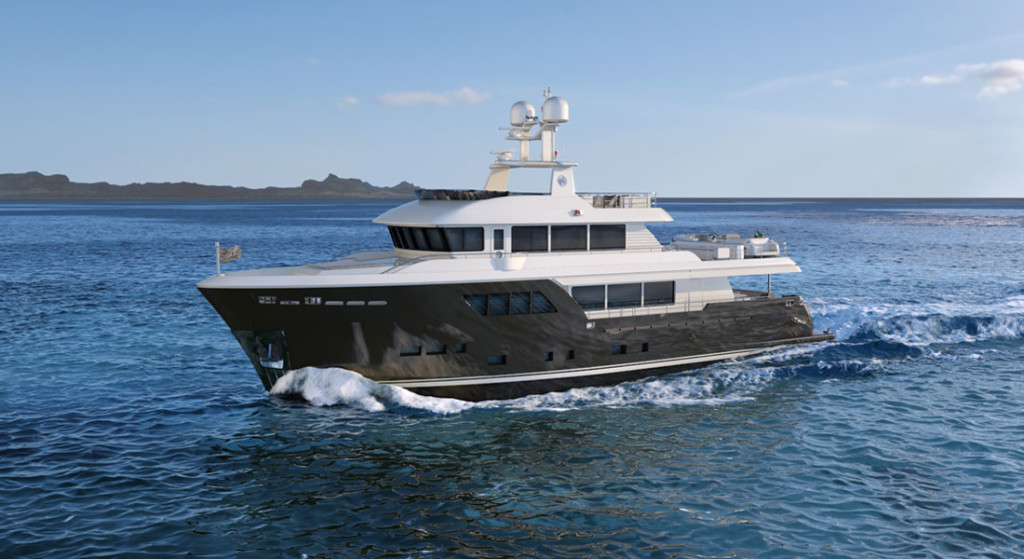 We’re just a few weeks away from the launch of a Darwin 102 at Cantiere delle Marche that will make her stateside debut at the Fort Lauderdale show this fall.

The Darwin 102—one of three explorer yachts that the yard will splash this summer—was commissioned by an experienced owner. The owner further assembled a project-management team for his Darwin 102 to ensure the megayacht would meet his goals. “Extreme” cruising, in the words of the shipyard team, is the watchword for the project. Intrepid travel in the Pacific and Caribbean, and particularly voyages along the South American coast, are on the itinerary.

Cantiere delle Marche has revealed only a handful of details about this Darwin 102 thus far. We know that the tender garage will house a healthy variety of toys. They’ll be complemented by a 16-foot (5-meter) tender typically kept on the swim platform and a 20-foot (6.2-meter) tender kept on the upper deck. The smaller of the two tenders will relocate to the upper deck when the Darwin 102 is making passages.

With the Darwin 102 heading to North American shores, Cantiere delle Marche plans to showcase its first Darwin 107 in Europe this fall. This new flagship will debut at the Cannes Yachting Festival.

She won’t remain the flagship for too long, however: The first Nauta Air 108 just started construction. She, and a few other explorer yachts, are on Cantiere delle Marche’s order books for delivery through 2017.