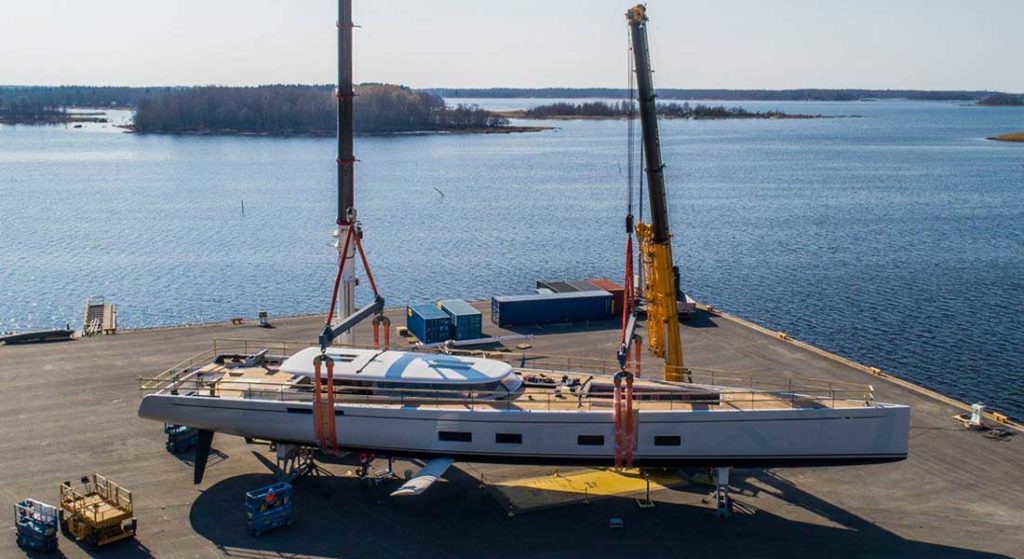 With her keel assembly taking place last week, Canova is quickly approaching launch and hand-over to her performance-oriented owner. “Performance” is the key word. The 142-footer (43.3-meter) is the first private yacht fitted with a retractable, speed-boosting foil created with contributions by a famed America’s Cup racing team.

Commissioned by a repeat customer, the sailing superyacht started construction as the Baltic 142 Custom. Long-distance cruising as well as fast performance were priorities for this owner. Other than Farr Yacht Design being her naval architect, though, Baltic Yachts did not disclose much else at first. However, a few months ago, it revealed insight into her speed edge. In fact, it claimed she may very well see 25 knots, even while fully loaded, in flat water and 25 knots of true wind just aft of the beam. Furthermore, she should do so with about 10 degrees less heel than conventional sailing superyachts. This is thanks to Canova being the first private vessel to employ the Dynamic Stability System (DSS). A retractable foil, measuring 29’6″ (9 meters) long aboard the yacht, it runs beneath the master suite just aft of amidships. It creates lift to leeward, plus positively impacts the righting moment. 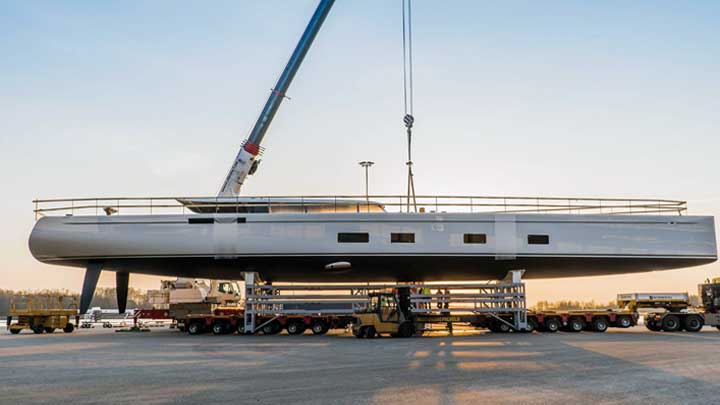 The photo at top, taken during the keel assembly, shows the foil deployed. Although DSS is new to superyachts, it is not new to the marine world. Smaller yachts employ it, reportedly quite effectively, too. To tailor it for this application, BAR Technologies is providing input. If you follow the America’s Cup, no doubt you recognize the name of this design and engineering company, supporting Ben Ainslie’s racing efforts.

With launch and sea trials pending, Canova has yacht watchers around the world in anxious anticipation.