You are here: Home / Events / Megayachts at the Monaco Grand Prix: Who to Spot 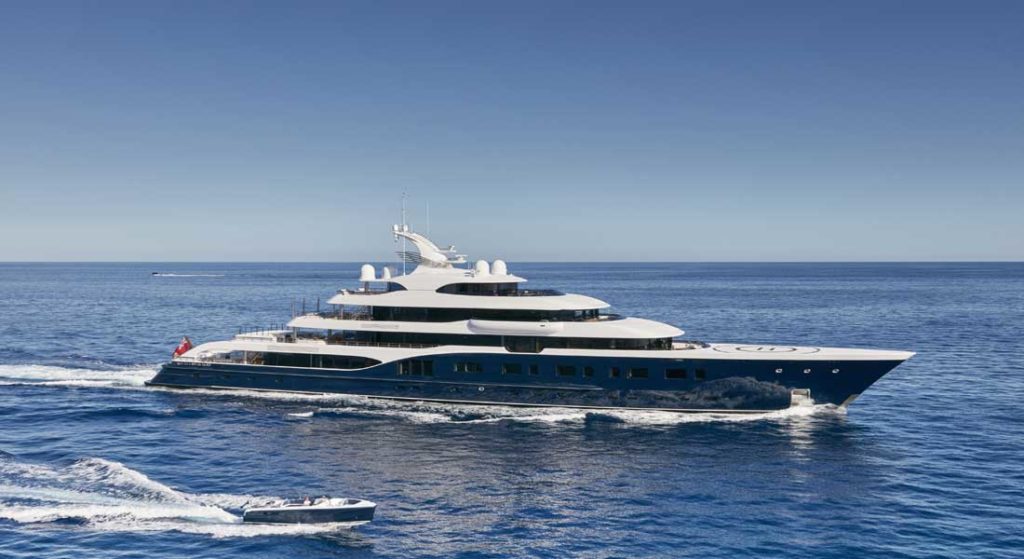 The Monaco Grand Prix is a must on the yachting calendar year after year. The megayachts docked within Port Hercules essentially enjoy front-row seats, since the track winds right by. Several additional yachts choose to remain at anchor just outside the marina, still with spectacular views of the action but with a bit more privacy. With practice races going on now until the big event on May 26, these nine are among the megayachts at the Monaco Grand Prix.

1. Andreas L. Sitting at anchor, this popular charter yacht has plenty of prime viewing acreage on her sundeck. The 197-footer (60-meter) also has a swim-up bar in her hot tub.

2. Apogee. Apogee has been among the megayachts at the Monaco Grand Prix in years prior, too. The 205-footer (62.5-meter) currently has a berth within the marina. Surely, the guests will take in the race from the breakfast bar on the main aft deck.

3. Blush (below). If you end up watching the race from the comfort of your home, keep your eyes open for Blush. She has a slip inside the marina, too. Despite her name, this first Sunseeker 155 Yacht has a baby-blue hull. Fun fact: Her original owner was Eddie Jordan, who owned a Formula 1 team. 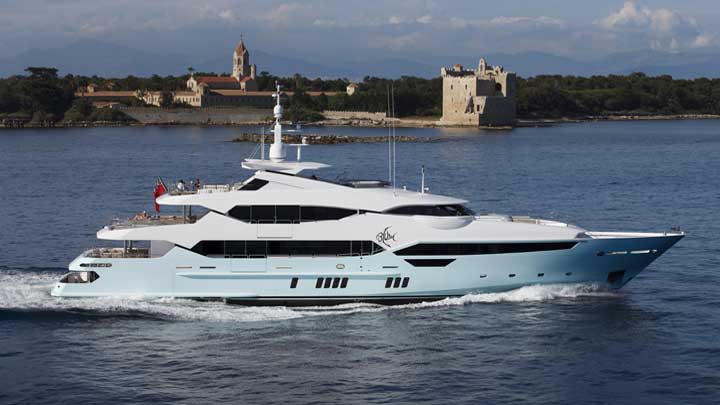 4. D’Natalin IV. What the owners call the party deck (a.k.a. the sundeck) is the perfect viewing platform. This 164-footer (49.9 meters) is yet another among hundreds of vessels tied stern-to in Port Hercules. The family-oriented yacht further allows guests to watch the race on TV while grabbing a drink from the bar inside the skylounge, on the “family and friends deck.”

5. Delphine. Sitting at anchor for the race, Delphine is a perennial favorite among the megayachts at the Monaco Grand Prix. The classic, which dates to 1921, calls Monaco home, in fact, and can take up to 250 guests when she is dockside. Out on the water, 36 guests can gather. LOA: 258 feet (78.55 meters).

6. Illusion Plus. This marks the first year that Illusion Plus has attended the race, since she was only delivered last summer. Regardless, at 290 feet (88.5 meters), she is among the largest spectators. Five of her six decks have alfresco areas from which to take in the action. Alternately, the guests may want to enjoy the two-deck-high atrium.

7. Sarastar (below). Arguably one of the most visually arresting megayachts at the Monaco Grand Prix, Sarastar dazzles with backlit stone running floor to ceiling inside. This will rival the race for attention. In addition, she has custom deck chairs that are more like metallic thrones, all the more reason her guests will delight in being onboard. 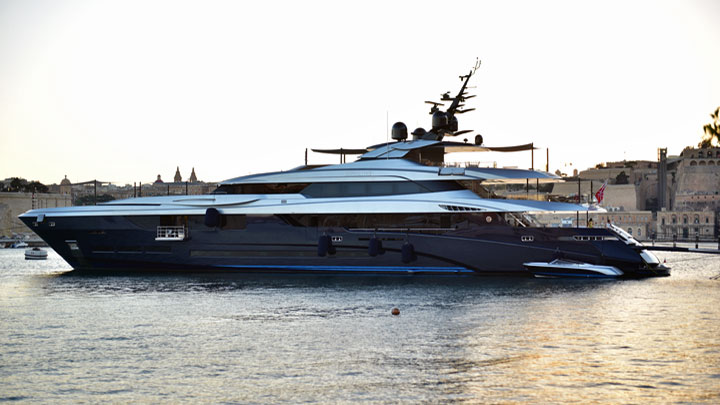 8. Sirocco. If the name of this 154-footer (47-meter) rings a bell, it may be because Sirocco stars in the TV show Below Deck Mediterranean. She has a trackside berth for the race and is hosting practice race viewing parties.

9. Symphony (top). Similar to Illusion Plus, Symphony is among the largest spectators this weekend, though she comes in at 333 feet (101.5 meters). With plentiful space on each of her aft decks, she allows 16 guests to spread out comfortably to watch the cars go by. For closeup footage, she offers an outdoor cinema on her bridge deck.