You are here: Home / Yachts / Sailing Yachts / Peters & May CEO Comments on My Song Loss 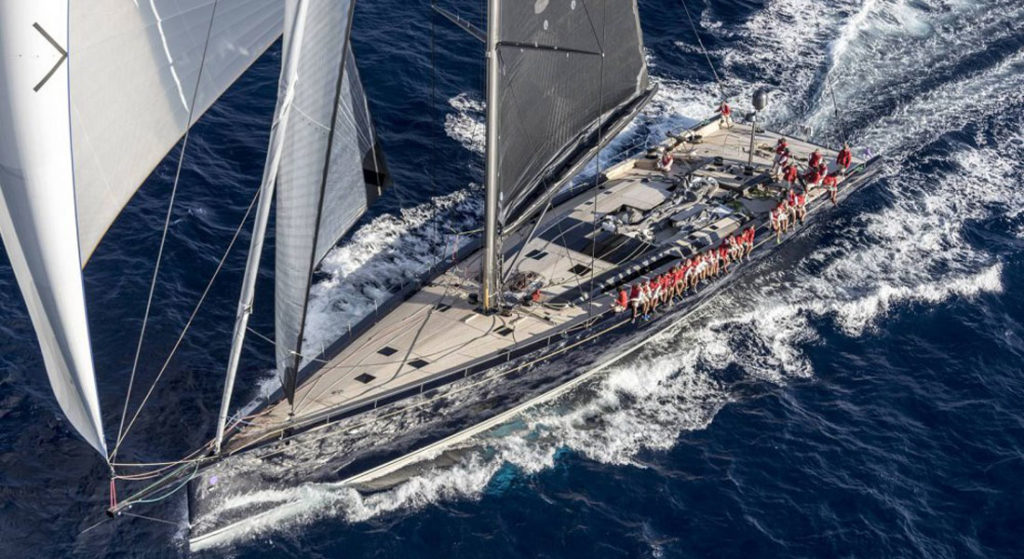 UPDATE, JUNE 4, 2019: My Song is now in Palma de Mallorca. Having been recovered from the water, she awaits inspection and evaluation by her insurer. Images show significant hull damage. She lost her mast as well, though that occurred during the initial accident.

Editor’s note: On May 26, My Song, a Baltic 130, was en route from the Caribbean to Genoa, Italy via a transport ship when she slipped overboard. The sailing superyacht was planning to participate in the Loro Piana Superyacht Regatta in June. Unfortunately, My Song, capable of 30 knots when racing, partially sank. Just a portion of her deck was visible above the water’s surface. Peters & May, the company transporting her when the incident occurred, released a statement. It comes from company CEO David Holley. While Holley says that the company normally refrains from commenting on situations like this, My Song’s high profile and the resulting media interest convinced it otherwise.

The vessel maintained visual contact with MY SONG until the air and sea search was initiated. As of 0900hr BST on 28th May 2019 the salvage attempts are still ongoing. To ensure the safety of the remaining yachts, Peters & May have instructed the carrying vessel to continue her planned voyage to Genoa. No other yachts have been affected by this incident.

A full investigation into the cause of the incident has been launched, however the primary assessment is that the yacht’s cradle (owned and provided by the yacht, warrantied by the yacht for sea transport and assembled by the yacht’s crew) collapsed during the voyage from Palma to Genoa and subsequently resulted in the loss of MY SONG overboard. I will add that this is the initial assessment and is subject to confirmation in due course.

As a leading yacht transporter for the past 40 years, we take great pride in what we do and go above and beyond all standard operating procedures to ensure safe transit of all yachts carried by us. We have procedures in place to respond to this kind of incident, although we hope that they are never required.

This incident is more than regrettable; however the transport of yachts on cargo vessels continues to be one of the safest and most cost-effective solutions when carried out by a reputable company such as Peters & May.

More information will be made available in due course but in the meantime, I request that everyone respects the sensitivity of this issue to all parties concerned.