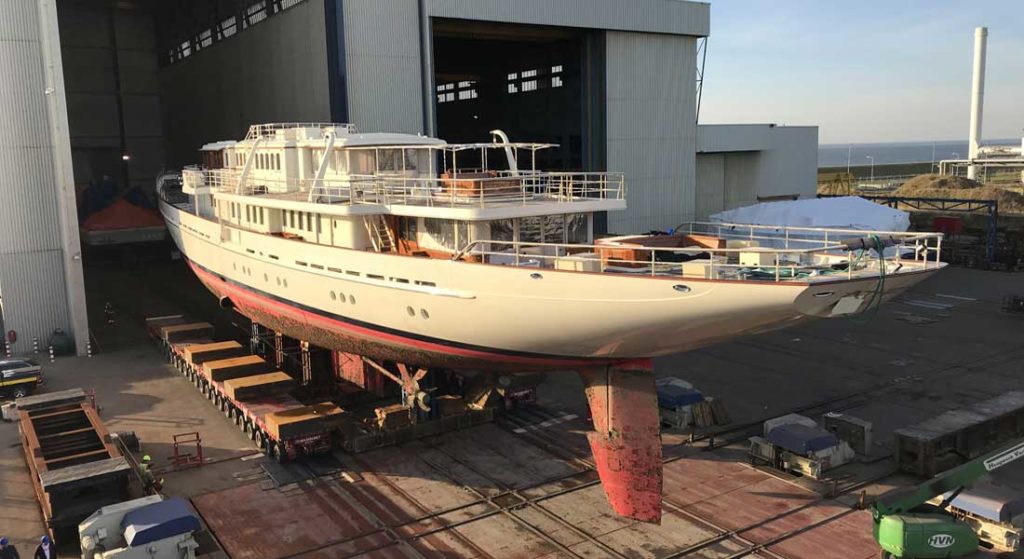 When you own one of the world’s most impressive yachts, you don’t take it just anywhere for routine maintenance or refit. Many superyacht owners head to Huisfit, in The Netherlands. A subsidiary of Royal Huisman, the name is a little misleading, since it provides extensive services to yachts from all builders at the same quality level as Royal Huisman. But, this approach is what attracts them.

For instance, recent visitors include Topaz, the Holland Jachtbouw-built J Class superyacht; Skat, a Lürssen motoryacht; as well as Eos, a Lürssen sailing yacht. Two Royal Huisman builds visited, too, the sailing yachts Athena (above, when she arrived last year) and Wisp.

Huisfit recently completed a long-term lease agreement with the Port of Amsterdam to operate from defunct builder Holland Jachtbouw’s yard in Zaandam, near Amsterdam. Huisfit had been occupying it over the last few years on a short-term agreement. This facility adds 129,167 square feet (12,000 square meters) to the existing 645,835 square feet (60,000 square meters) of new build and refit space at two other two facilities. One is Royal Huisman’s headquarters in Vollenhove, while the other is a Huisfit site in Emden, Germany. The Zaandam yard’s position on deep water, near the heart of Amsterdam, and one lock away from the North Sea, puts the company in what it believes is an ideal location for owners and crew in need of refit work. 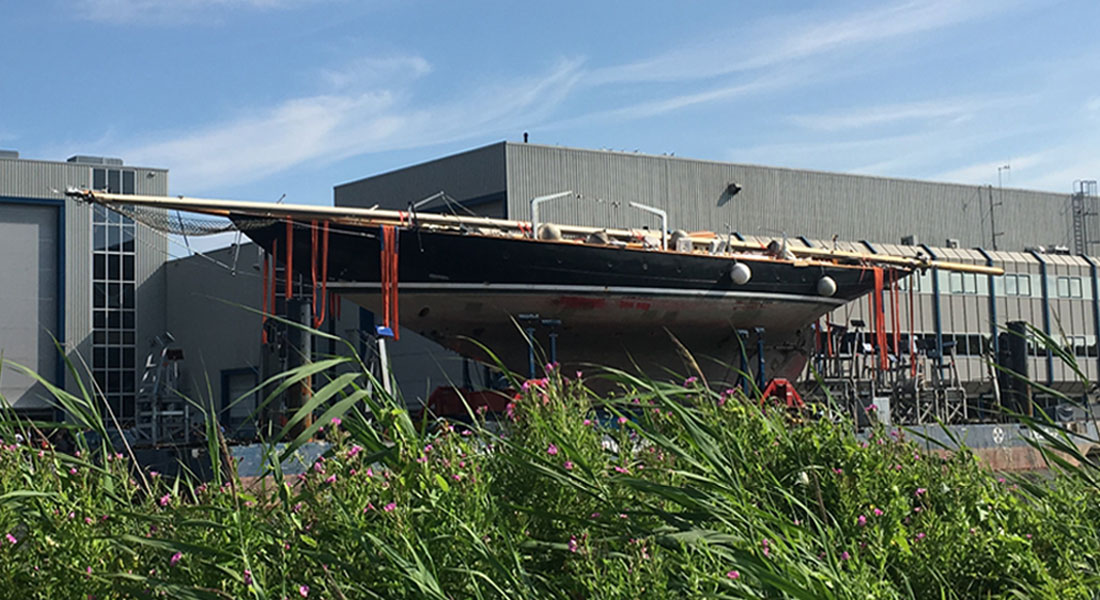 Huisfit Amsterdam currently has 70 workers, but will expand to 200 this winter. They have completed more than 10 refits in the last year and have a full order book for the coming year. Among those arrivals, the 144-foot Royal Huisman sailing yacht Juliet will see conversion to hybrid power. The 117-foot Royal Huisman motoryacht Arcadia will also be coming in for work.

One of Huisfit’s most demanding and high-profile jobs is wrapping up. It’s complete rebuild of the 128-foot Herreshoff schooner Vagrant (above). Launched in 1913, her owner asked Huisfit to fully modernize the yacht, while maintaining her classic integrity. Vagrant arrived at the Royal Huisman facilities in Vollenhove in July 2017 and was fully stripped. Craftspeople sandblasted her steel hull and welded all rivets, while the joinery department rebuilt the traditional interior and created new crew quarters. In addition, workers concealed generators, heating, air conditioning, and other systems behind Huisman’s exceptional joinery.

Now at the dock in Zaandam, Vagrant has new teak decks as well as deckhouse and deck skylights. She awaits new aluminum furling masts from Rondal and a complete rerigging of her sail plan before leaving the yard. She is more than stunning. Even Herreshoff-purists will be dazzled by Vagrant’s rebirth at Huisfit.