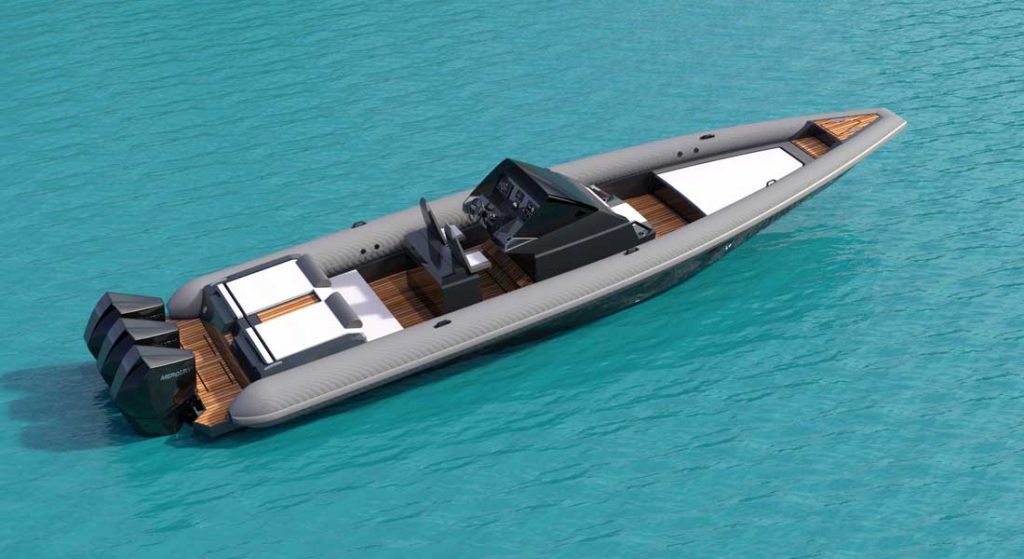 A speed of 103 knots on a 38-foot (11.6-meter) RIB may seem like something that the James Bond gadget-maker Q dreamed up. It isn’t fiction, however. The Greek RIB manufacturer Technohull says pre-production model testing of its 38 Grand Sport proved it possible. With the first few hulls hitting the water later this summer, buyers should thrill to serious speeds.

Of course, those buyers won’t run their RIBs at full tilt all the time. Regardless, they, and you, have a variety of power packages to deliver the fast speeds that the manufacturer prioritizes. All are Mercury Verado options. Specifically, you can choose twin 300-, 350-, 400-, or 450-hp outboards. For a “super sport” version of the Technohull 38 Grand Sport, opt for the triple 450s, as seen at top. 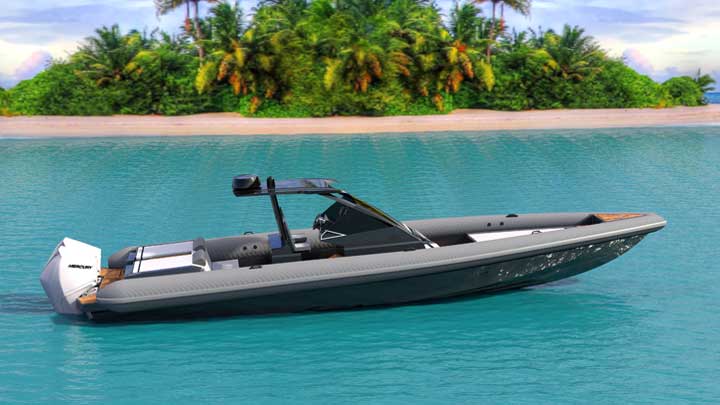 Like the Omega 45 and the rest of the company’s RIBs, the 38 Grand Sport employs vacuum-infused fiberglass hull construction with strength-boosting materials like Kevlar. The patented deep-V hull form, Dynastream, comes from the in-house team. Three hull steps create better lift and stability. What’s more, Technohull says the hull form is 10 to 15 percent more fuel efficient than its previous designs. In addition, it should deflect spray well even in some sloppy conditions. The company is further confident in the results due to CFD simulation, scale-model testing, and full-size tank testing.

Just because it emphasizes performance, though, the Technohull 38 Grand Sport doesn’t skimp on amenities. The bow features a sunpad, while two lounges sit aft. The helm’s bucket seats damp the bumps and jolts that sometimes come with fast speeds, too. Underfoot, there’s real teak. For convenience, an electric toilet sits aboard as well, as does an outside shower and a swim ladder. You can request the addition of a berth in the bow, a hardtop (above), or biminis supported by carbon fiber poles.

Finally, for more fun, you can request a matching color scheme to your megayacht. You can also choose from a wide variety of fabric colors and styles.