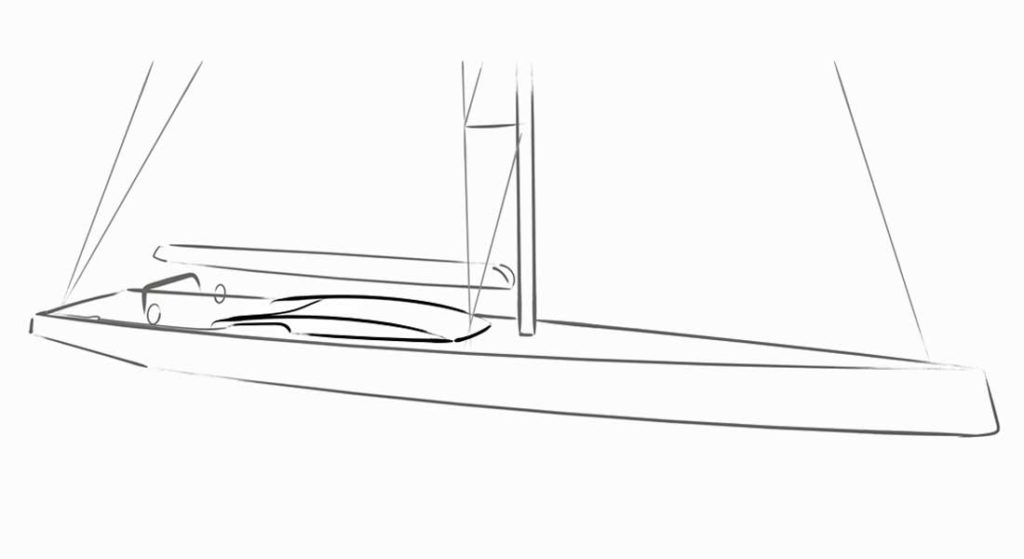 While it takes years to build a superyacht, it can take several prior years to finalize the design details. Malcolm McKeon of the eponymous design studio says MM597, a project he has in build with Royal Huisman, was five years in development. He reveals a bit more about the nearly 200-foot performance sloop in this video. It’s the first of a four-part mini film from her rigging team at Southern Spars.

Also known as Royal Huisman Project 404, MM597 (signifying “Malcolm McKeon” and her LOA, or 59.7 meters) is pushing the limits of sailing performance. In fact, Royal Huisman, McKeon, and the other parties involved in her development and construction call her a “no-compromise” project. The owner wants to incorporate cutting-edge technology for systems as well as integrated rig control.

Southern Spars is giving a behind-the-scenes glimpse at the development and design phases to better convey this concept. For example, McKeon shares that MM597 is his studio’s largest sloop-rigged superyacht so far in terms of sail area. Neither he nor Royal Huisman is disclosing that sail area thus far. Regardless, consider that the yacht’s LOA is 196 feet.

McKeon does, however, share that the owner’s team selected Future Fibres’ AEROsix rigging system, for its aerodynamics. Future Fibres developed this purposely for performance yachts as well as grand-prix racing yachts. Simultaneously, McKeon reveals how he, Future Fibres, North Sails, and Southern Spars have put their heads together to ensure that MM597 cuts a pleasing profile while on the water. It’s a reminder that even the most technology-focused specialists take aesthetics into account.

Speaking of aesthetics, the sketch at top is just the second sneak peek that McKeon is proving for the about-to-start-construction project. Perhaps future films in this Southern Spars series will reveal more of her aluminum construction and profile.

MM597, with accommodations for 12 guests and 10 crewmembers, should see delivery in springtime 2022.