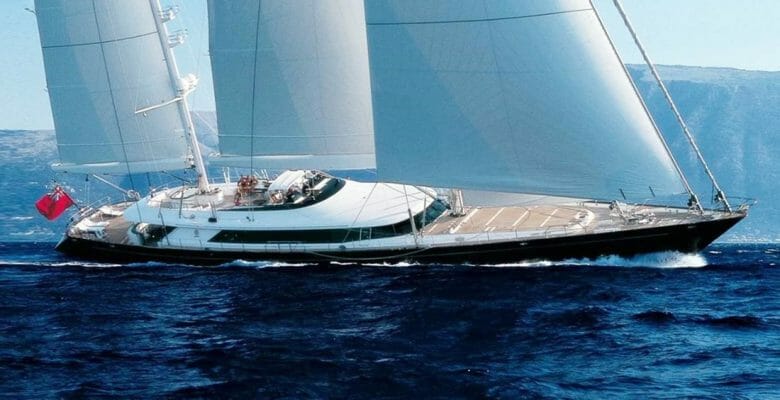 UPDATE, DECEMBER 18, 2019: Bravo has released the trailer for the new show Below Deck Sailing Yacht, and suffice it to say, the Internet is going crazy:

Fan or not, the Below Deck TV franchise continues to grow in popularity. It is growing not only in yacht count, but also yacht type. For the first time, it features a sailing superyacht, in a spinoff with the title Below Deck Sailing Yacht. Furthermore, super-fans of the series got a sneak peek at what the episodes have in store, over the weekend.

The franchise first aired in 2013, on the Bravo cable network. It remains on Bravo today, chronicling the personal and professional lives of charter-yacht crew, as they engage with guests as well as each other. In total, seven megayachts have appeared on Below Deck, between the original series and the spinoff Below Deck Mediterranean, which started airing in 2016.

Earlier this year, Bravo revealed that it was expanding the franchise, via a slightly different working title, Below Deck Sailing Vessel. However, it did not disclose air dates, nor full details on the yacht or the cast. But, during a panel discussion including Capt. Lee and Kate Chastain of Below Deck (below) at the fan convention BravoCon over the weekend, devotees were treated to a series teaser.

Of course, fans were thrilled to get the first look, especially glimpses of the new yacht. Parsifal III, a Perini Navi, is the main star of Below Deck Sailing Yacht. Filming for the series took place this past summer in Greece. The 177-footer (54-meter) will appear in Below Deck Sailing Yacht with a different captain and crew than the other two series, sort of: Chef Adam Glick, who appeared on the Med series, is back, too.

We do now know that the show premieres on February 3, 2020. In the meantime, note that Parsifal III is available for charter, as well as sale. Her weekly charter base rate is $225,000, for 12 guests. Amenities include an owners’ suite that can split into two rooms, since it has its own saloon. A crew of nine are aboard, too. Parsifal III saw delivery from Perini Navi in 2005.