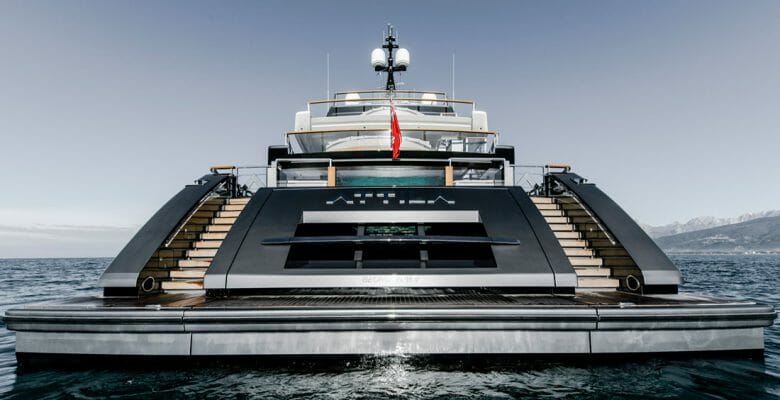 No matter where you go on vacation, dining out is a big part of the experience. It certainly is true with yacht charter and private yacht cruises. For your next yacht project, you might want to borrow a page from the owner of Attila. He not only put a casual dining area where the saloon usually is, but also made it a traditional Argentinian barbecue. It’s just one of several features aboard this deeply personal yacht, which also has yard-dictated, inventive features to enhance owners’ and guests’ enjoyment. 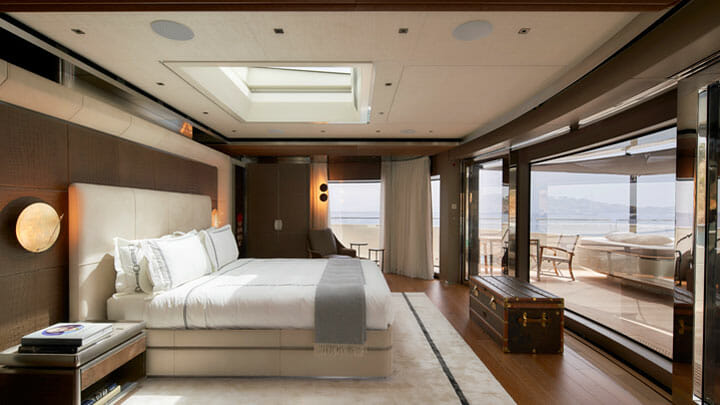 As the first Sanlorenzo 64 Steel, Attila has impressive numbers:  211 feet (64.25 meters) of length, 43 feet (13.1 meters) of beam, five decks, and 1,600 gross tons of volume. The beam and volume particularly characterize larger megayachts, something Sanlorenzo wanted the series to boast. In addition, the yard, with the styling team of Officina Italiana Design, knew customers would want today’s creature comforts. These include a big beach club with opening sides and spa-like amenities inside. An owners’ deck, with a forward-facing sleeping area (above), was also important. So, too, did Sanlorenzo and the studio know clients would enjoy the skylight-like effect of a glass-bottomed aft-deck pool (below). 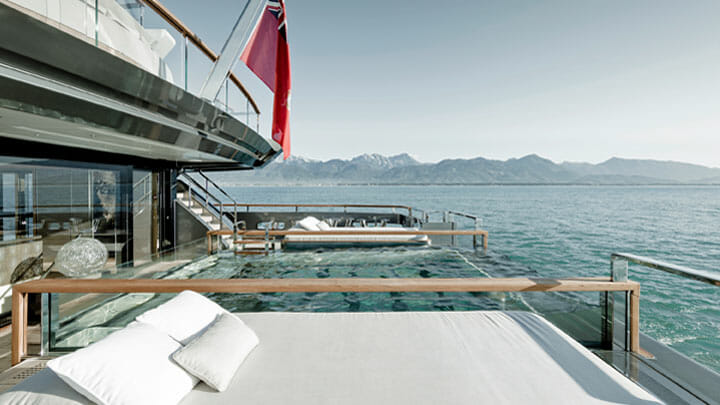 Yet, the shipyard also thought outside the box. For example, an internal stairway connects the 64 Steel’s main deck and beach club. Situated just inside the aft-deck doors, it separates the above-mentioned barbecue from the aft deck. Yet, it serves as an invitation for guests to head down below after a meal to relax, or head up for a meal and a show following a fun afternoon on watertoys. 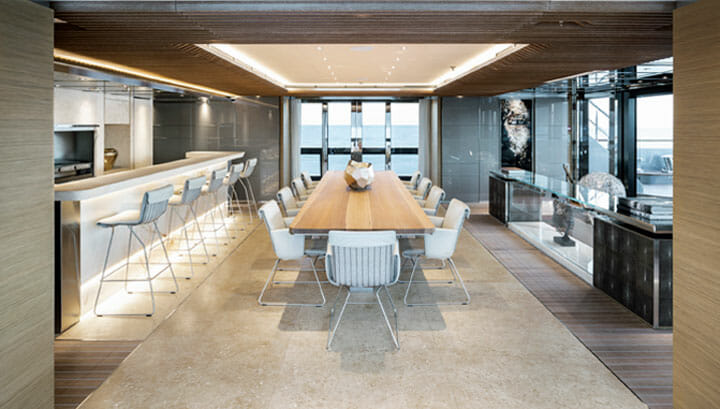 Why a meal and a show? Attila’s barbecue is a true Argentinian barbecue, with an open fire (above). The owner, being an Argentinian entrepreneur (and a repeat client, previously owning the 46 Steel Achille), made this a key request. Open fires, understandably, make shipyards and classification societies think twice. The solution for this superyacht involved using stainless steel similar to that for fireproof doors, plus a heavy-duty smoke-exhaust system. 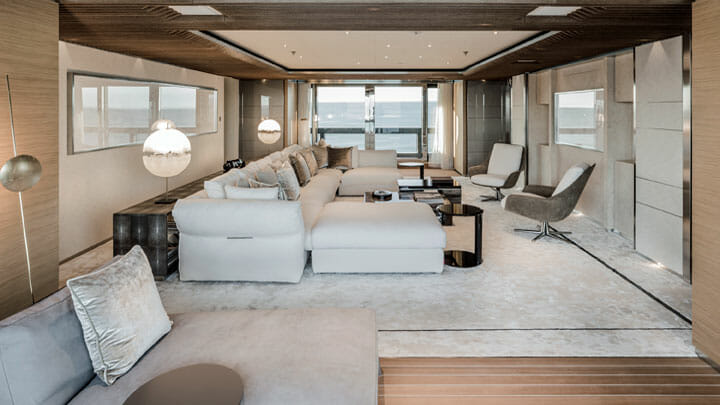 For the rest of the interior of Attila, the owner collaborated with Francesco Paszkowski and Margherita Casprini. Five guest staterooms, including the full-beam VIP, sit on the main deck. A theater is further on the main deck. Formal dining takes place on the upper deck, as does relaxing in the saloon. Teak figures prominently in each and every area, especially overhead. Steel is a major focal point, too, complemented by white, grey, and brown tones in fabrics and especially backlit onyx (the latter in foyers). 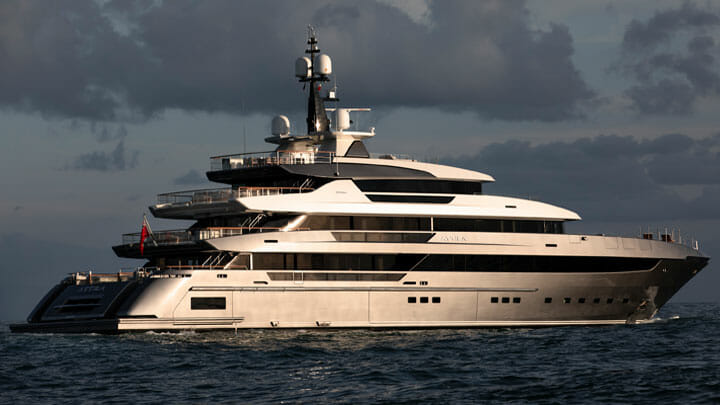 Lest we forget the crew’s needs, Attila spreads cabins, work areas, and stowage across the lower deck and tank deck. From a wine room capable of holding 500 bottles to a crew multimedia lounge, there’s good space utilization, and careful consideration.

For an owner who wanted as much interior space as possible, Attila appears to tick all the right boxes. For an owner who also understands big thinking can come in so-called smaller packages, the 64 Steel ticks the boxes, too.