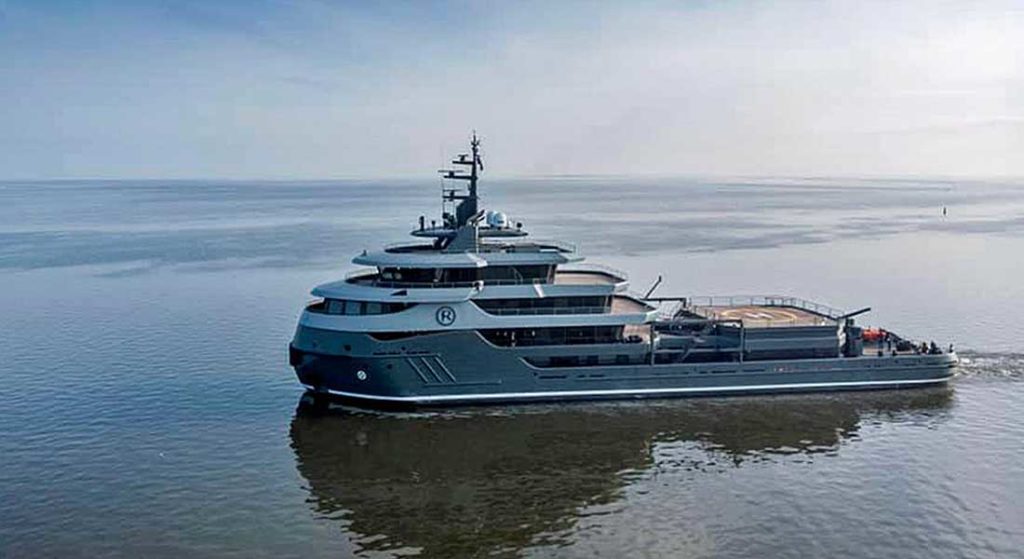 Some of the most remote places on earth are closer than ever to being reached by the owner of Project Ragnar. The 2,450-gross-ton converted vessel just started sea trials yesterday. Since Icon Yachts was pleased by her performance, she should see delivery in the next several weeks.

This unusual-looking 223-footer (68-meter) has electric pod drives rated for operations in icy waters. In fact, her hull complies with Polar Code 5 standards, too. This means she is capable of operating throughout the year in medium first-year ice conditions. It’s rare for a private yacht to go to such extreme measures, but this owner has extraordinary cruising in mind. It explains why he acquired the vessel, a multi-purpose support supply vessel with an ice-breaking hull, several years ago. He sent her to Icon Yachts for conversion into a comfortable explorer, capable of a 6,000-nautical-mile range. Icon Yachts has performed a few conversions and major refits over the years. However, it considers Project Ragnar one of its most exciting jobs. 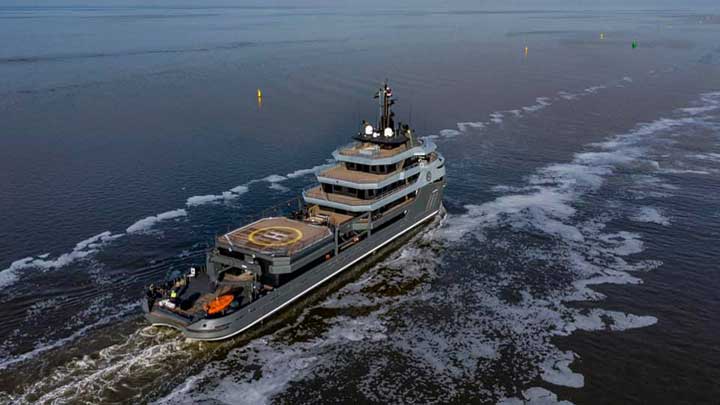 The toys that Project Ragnar will carry are exciting as well. Her sea-trial shots reveal some of them, and their stowage areas. Of course, like most large megayachts, she plans to carry a helicopter. Since the owner enjoys skiing, the helicopter will sometimes fly off to find pristine slopes. Just aft and down a deck, you can see the primary toy-stowage area. A submarine, Laser sailboats, PWCs, two 20-foot (6-meter) RIBs, yet another RIB (a luxury Castoldi RIB), and two 25-foot (8-meter) tenders round out the water-oriented craft. However, they are not the only notable toys. In fact, the one that is getting the most attention is a Ripsaw EV. “EV” stands for Extreme Vehicle. It’s a luxury version of a tank, made for high performance, too.

The interior of the yacht, meanwhile, has special luxury features, such as a 450-bottle wine room, intricately detailed woodwork overhead, and a spa. Additionally, she has two master suites. The owner has worked closely with RWD to ensure the overall look suits a luxury superyacht, yet embodies the virile spirit of her name. Ragnar was a Viking king and warrior.