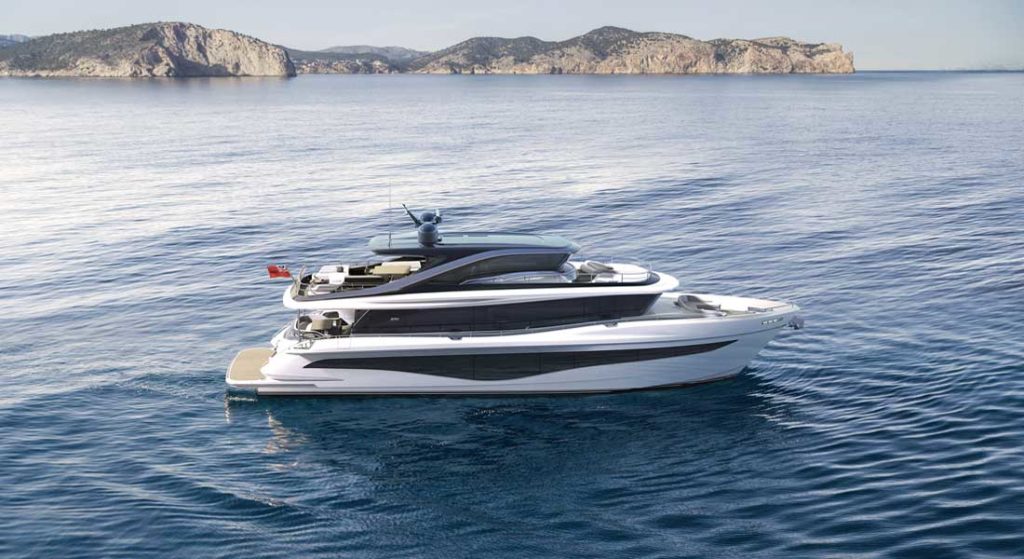 The Princess X Class, a.k.a. the Superfly series, is expanding. This is the newest model, the Princess X80, which will launch next year.

The idea behind the X Class is to offer customers who like flying-bridge yachts more usable space as well as dramatically different looks. “Superfly” means a longer-than-usual flying bridge, and therefore extensive alfresco areas. The skylounge just inside is bigger, too. As for the looks, Antony Sheriff, Princess’ executive chairman, says the first in the flying-bridge series, the Princess X95, “has caused a stir.” Two years of design and development have gone into ensuring the X80 represents “another bold step for Princess Yachts,” he adds.

Her looks come from the same design studios that created the X95, namely Olesinski and Pininfarina. They incorporated a bit more of the Princess family feel to the lines of the Princess X80. Though, they have infused the X Class styling, too. For example, she has high bulwarks plus an S-shape line leading from the fixed hardtop down into the aft part of the flying bridge. Big panes of glass envelop the main deck, meanwhile, extending from the aft corners of the saloon straight through to the fully forward dining area. 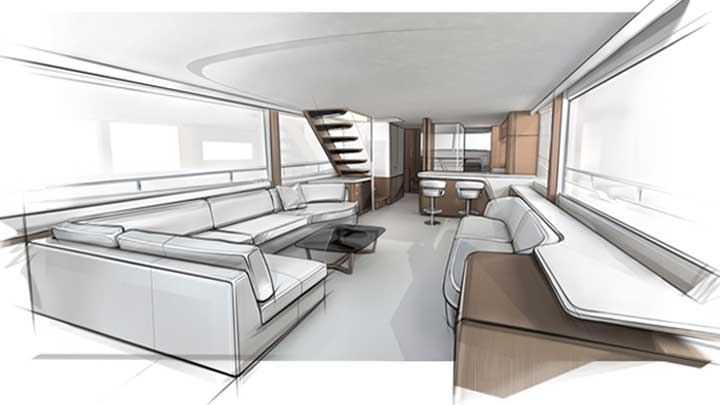 The 82’3” (25.08-meter) megayacht, with a beam of nearly 20 feet (6.06 meters), accommodates eight people in the owners’ party. You get to outfit these, as well as the rest of the yacht, as you see fit. Of course, the shipyard has a few sketches available to give you ideas (above). Plenty of options come from Princess’ design department. You can further deviate from the three-person-crew area in the standard layout.

What you cannot deviate from, though, is the performance. Not that you would want to, however. The standard twin MANs should push the Princess X80 to a top speed between 26 and 28 knots, while at half load. For a speed boost, go with the more powerful MAN package. With those, you should thrill to 29- to 31-knot speeds at half load.