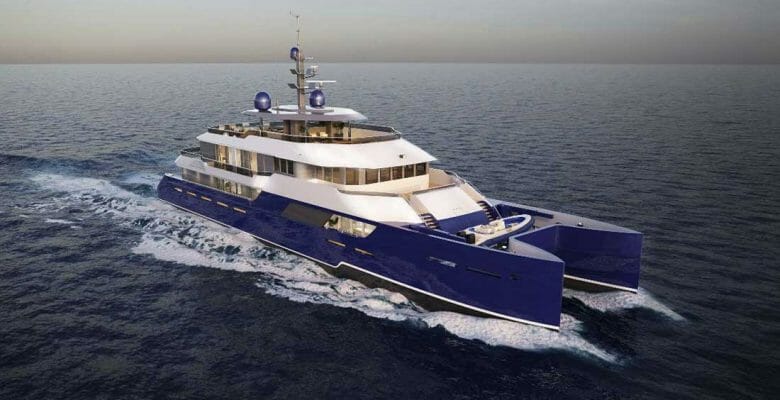 While China-based Kingship Marine has built more multi-hull ferries than yachts, it sees a way to bring together the best of each world. The KingCat 40M offers the space and comfort advantages of a catamaran, and a high-speed catamaran at that. Simultaneously, the project is a true superyacht, for an owner’s party of 10 and seven to nine crew.

Roger Liang, Kingship’s CEO, asserts that commercially built catamarans in Asia employ more advanced technology than yachts typically do. “Design and development have been on a continuous curve in this part of the world for the past couple of decades, particularly because you cannot operate ferries once they are 25 years old,” he explains. This, he continues, means fast, aluminum cats, dot Asian waters. Naturally, many come from his shipyard.

To ensure the KingCat 40M has strong engineering underpinning, Kingship turned to Incat Crowther. The studio has abundant experience in multi-hulls, arguably more than most. For her cruising-oriented looks, meanwhile, the shipyard approached Vripack. 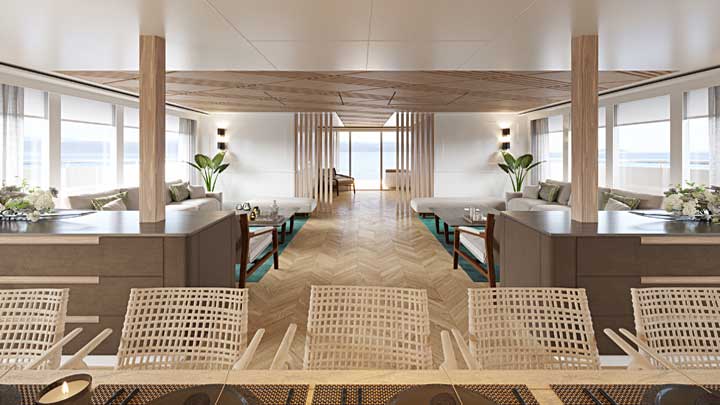 With a 19-foot (5.9-meter) beam, the megayacht can hold the toys owners wish, either on the bow or elsewhere. Furthermore, she has the stateroom and lounging space to arrange to individual preferences. The biggest talking point, though, is the anticipated performance. Twin 1,300-hp MTUs with waterjets should allow this 130-footer (40-meter) to make a healthy cruising speed of 31 knots. Compare that with a traditional monohull megayacht of the same LOA. On average, she cruises closer to 20 knots, under higher-horsepower engines, plus burns more fuel. Multi-hulls, meanwhile, are renowned for their fuel efficiency. Specifically where the KingCat 40M is concerned, Kingship anticipates one-third to one-half the fuel consumption of a monohull.

With the growing desire to explore farther afield, Kingship believes more yacht owners will investigate multi-hulls over traditional yachts. For instance, unlike the short hops common in the Med, cruising Indonesia and other rising destinations involves long distances. Furthermore, with a shallow draft of 3’9” (1.2 meters), the KingCat 40M can take on some of the shallowest waters of the world.