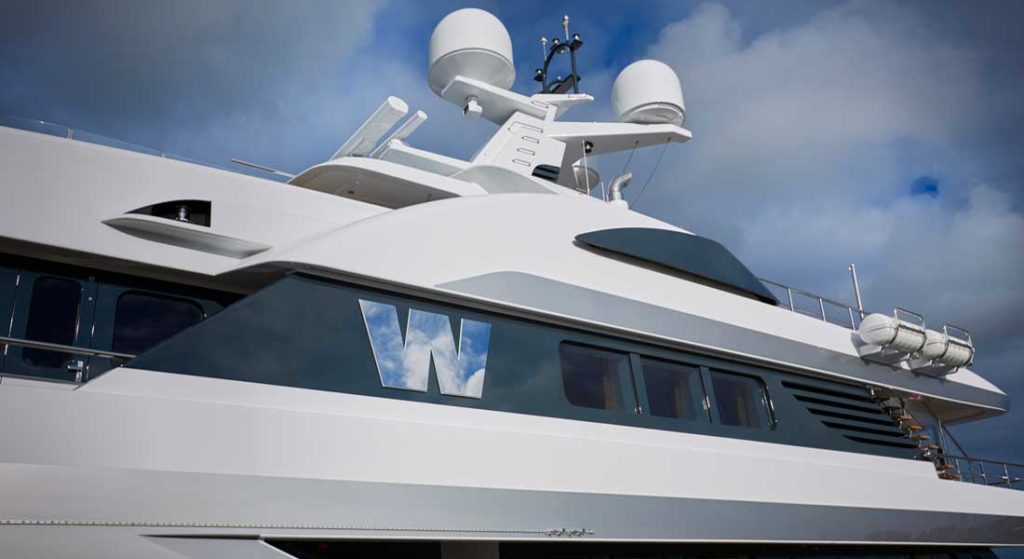 So much goes into a yacht name. Sometimes it obviously represents a person near and dear to the owners’ hearts. Witness the abundance of yachts bearing “Lady” on their nameboards. Other times the name equally obviously reflects a passion, or a personality trait. (One of our favorites: Totally Nuts.) That’s what makes this list of five superyachts known by a single letter so intriguing. Initial glance gives no insight into the meaning. Never fear, we’re here to explain.

1. A. This is arguably the most famous of all superyachts known by a single letter. Her owner, Russian industrialist Andrey Melnichenko, tapped Philippe Starck for the starkly different styling. Measuring 390 feet (111 meters), she is further the most recognizable (see below). On a related note, Melnichenko commissioned Sailing Yacht A, too.

2. C2. Okay, so technically a letter is in her name. Regardless, C2 launched under strict confidentiality agreements from Abeking & Rasmussen in 2008. LOA: 281 feet (85.65 meters). Despite this, word circulated that the owner is Ron Perelman, an American best-known for owning Revlon. In addition, it hasn’t stopped speculation that the name comes in honor of his late wife Claudia. Perelman has had C2 crisscross the oceans over and over again since delivery. 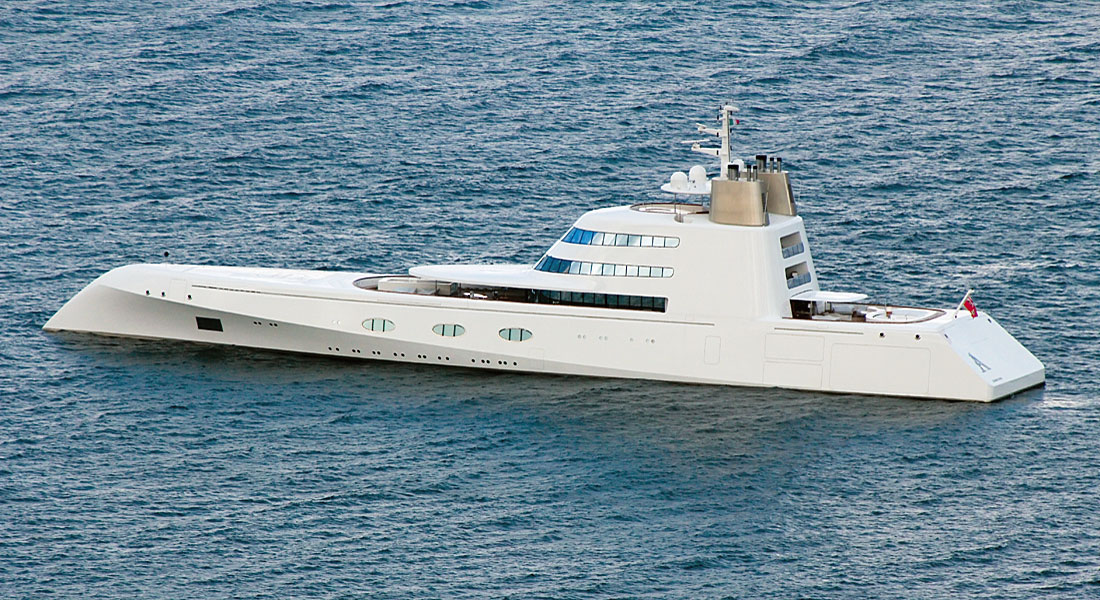 4. W. The American owner of W just took delivery again after a 10-month refit at Feadship. LOA: 189 feet (57.6 meters). She has a super-reflective silver paint job and an equally reflective nameboard (at top). As for the megayacht’s name, it has nothing to do with her owner’s name. The inspiration remains confidential, though it could relate to the first letter of his company name.

5. Z. The last of our superyachts known by a single letter is an Amels 212 from 2014. The owner, whose last name not coincidentally begins with “Z,” has a real passion for yacht building as well as art. In fact, he was quite involved throughout the design and build process. Furthermore, Z has extraordinary art onboard. Even the stairway connecting the decks is akin to art, crafted of marble and gilt metal. Additionally, a 16-foot-wide (5-meter-wide) wall in the master suite is relief sculpture, reflective of the Symbolist Movement.