You are here: Home / Yachts / Motoryachts / Sanlorenzo SD118 to Balance Out Asymmetric Models 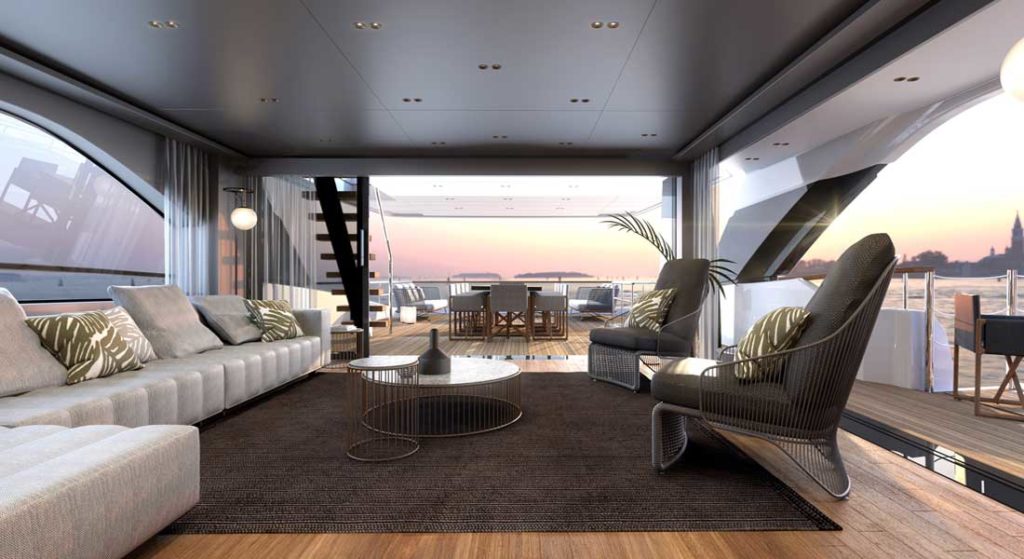 Sometimes, conventional thinking is, well, too conventional. Witness the fact that five customers have already stepped up to commission a Sanlorenzo SD118, featuring an asymmetric layout from Zuccon International Project with a full-beam interior on one side and a side deck on the other.

The asymmetric approach already applies to a few Sanlorenzo series, such as the SL96. Specifically, the smaller yachts have a main-level side deck, with a walkway one level up that descends down toward the bow over the full-beam area. With the new Sanlorenzo SD118, however, the side deck sits to port on the upper deck, while the opposite side is full beam. Therefore, the asymmetry revolves solely around the skylounge.

With an LOA of 117’3” (35.75 meters) and a beam of 25’9” (7.9 meters), the Sanlorenzo SD118 series additionally includes more orthodox features. For instance, a section of the port-side bulwark on the upper deck folds down to form a balcony (top). In concert with sliding glass doors in the skylounge, this really opens up the atmosphere. Despite the starboard side not opening, plentiful natural light and appreciation of your surroundings result from the large glass window. 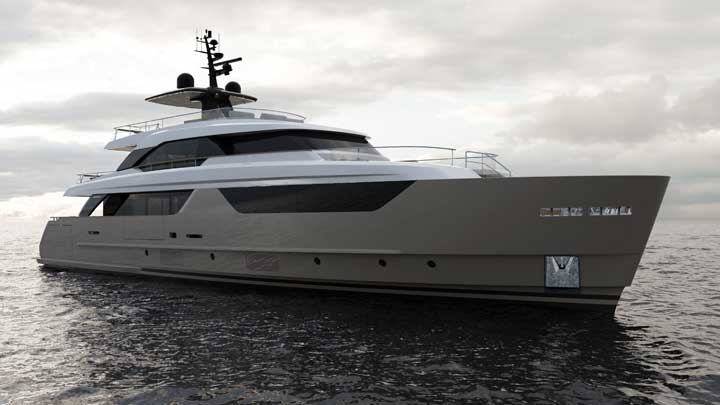 Further to appreciate your surroundings, the full-beam master suite has direct access to the bow sunning and seating area. But, you’d never know it from seeing the yacht’s profile—purposely, for privacy. A sliding door sits beneath the centerline set of stairs connecting the upper deck to the bow.

Additionally, you and your eight guests benefit from even more opening alfresco space at the transom. Here, two side hatches connect to the swim platform to transform it into a nearly 205-square-foot (19-square-meter) play zone.

With a shallow-water-friendly draft of 6’4” (1.96 meters), the Sanlorenzo SD118 offers two propulsion packages. Firstly, twin 1,380-hp MTUs should produce a top speed of 18 knots. Alternately, twin 1,622-hp Caterpillars should kick that maximum end up one knot. Regardless, the best fuel-efficient cruising speed comes at 11 knots.

Anticipate seeing hull number one at the Cannes Yachting Festival next year. She’ll have an interior by Zuccon International Project, too. Among the four further hulls already under contract, at least one features a Patricia Urquiola interior.