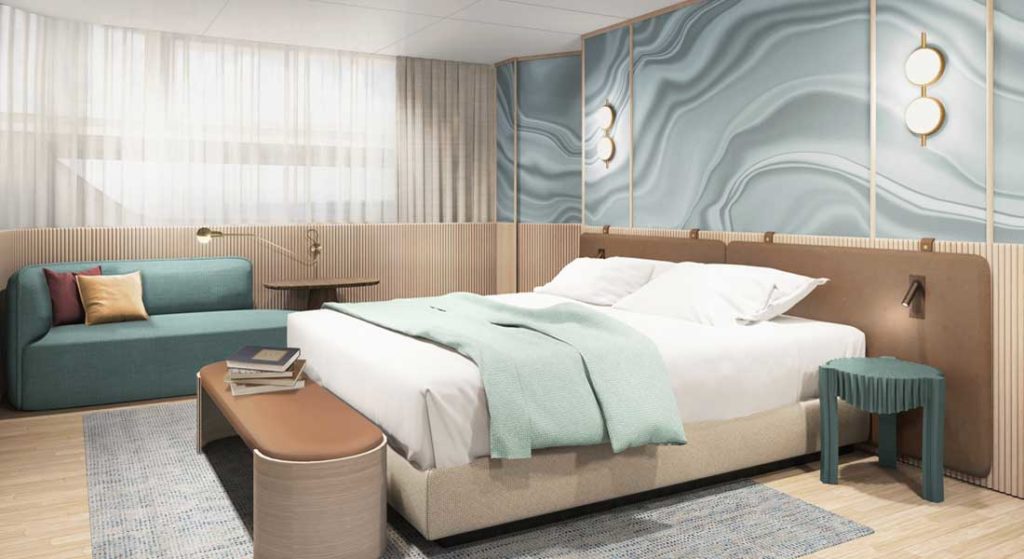 They may be the same size, but they are entirely different in their looks and layouts. One is also an entry-level model, while the other joins smaller and larger sisters. The SD96 and SL96 Asymmetric are the newest semi-custom megayachts from Sanlorenzo, just announced this week.

Traditionalists may gravitate toward the SD96, part of the semi-displacement SD series. She becomes the new entry-level model, replacing the SD92. As successful as the latter is—27 sales in 12 years—Sanlorenzo believed a change was in order. 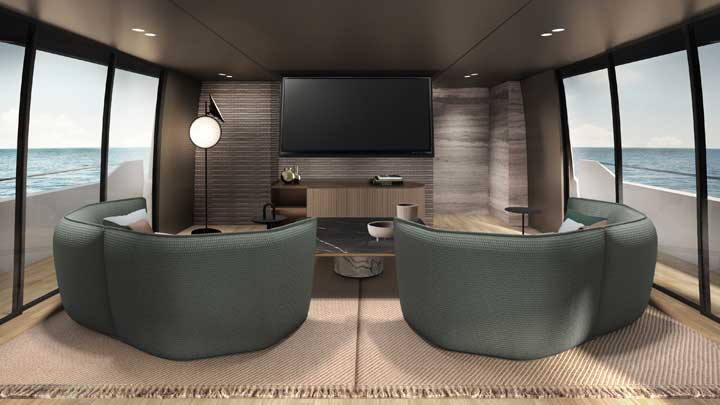 Speaking of change, Massimo Perotti, Sanlorenzo’s chairman, further believed a change of interior designers was in order. He approached Patricia Urquiola, an architect and designer who previously has not collaborated with a shipyard. Her work earns praise internationally. Wallpaper and Elle Décor magazines, for instance, each named her among its Designer of the Year honorees. In addition, King Juan Carlos of Spain awarded her the Order of Isabella the Catholic. This is Spanish civil order recognizes services that benefit the country. (Urquiola is a native of Spain, though she opened her studio in Milan in 1991.)

Urquiola takes a playful yet practical approach to design, as evident in the master suite (top) and skylounge (above). Spaces from the skylounge to staterooms can transform to suit varying needs, too. In fact, one stateroom can double as a lounge, by re-arranging the furnishings. All the while, Urquiola employs materials reflecting the essence of the sea. “Today she is the most sought-after woman in global design thanks to her ability to combine beauty and comfort,” Perotti comments. “All done with a touch of irony and almost poetic sensitivity, with love for all that is local and a great respect for the hard work of the artisans.” 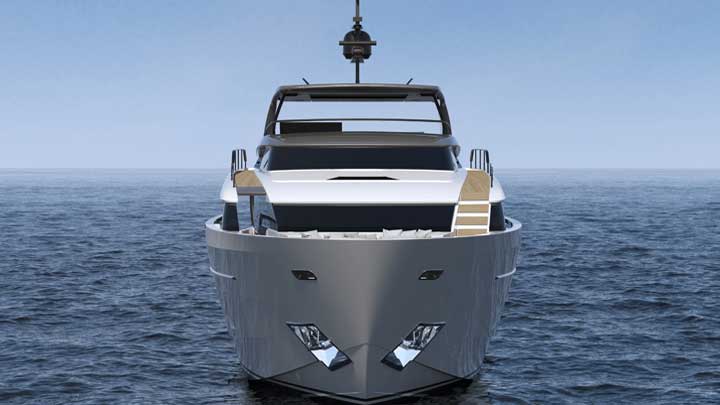 The SL96 Asymmetric, meanwhile, joins a series that includes the SL102 Asymmetric, which debuted in 2018. As you may recall, “Asymmetric” references the single side deck, to starboard, which pushes out usable space inside. This isn’t to say, however, that the yacht lacks a port-side passageway. It does exist, on the upper level, as you can tell in the image above.

Set to debut at Boot Düsseldorf this coming January, the new megayacht bears interior design by a well-known figure in yachting, Laura Sessa. Sessa selects subdued, relatively simple wood paneling for the interior (below), allowing for customer-selected accents, furnishings, and accessories to shine. 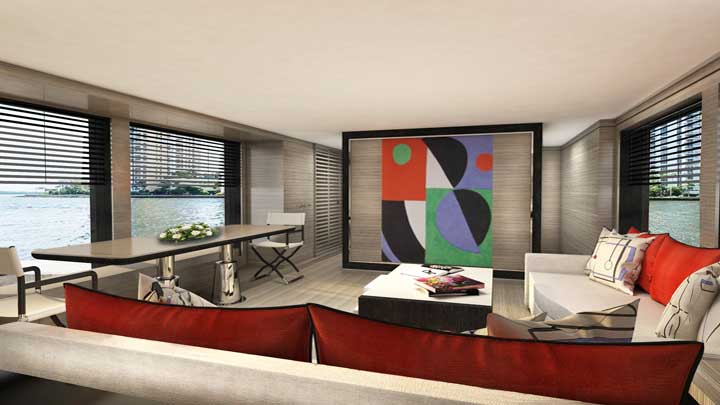 Despite the differences between the two models, the SD96 and SL102 Asymmetric do have some things in common. Both will have accommodations for a party of eight, for instance. Expect the larger of the two megayachts to put the master suite on the main deck, too. In addition, both put welcoming alfresco areas on the main and upper decks.