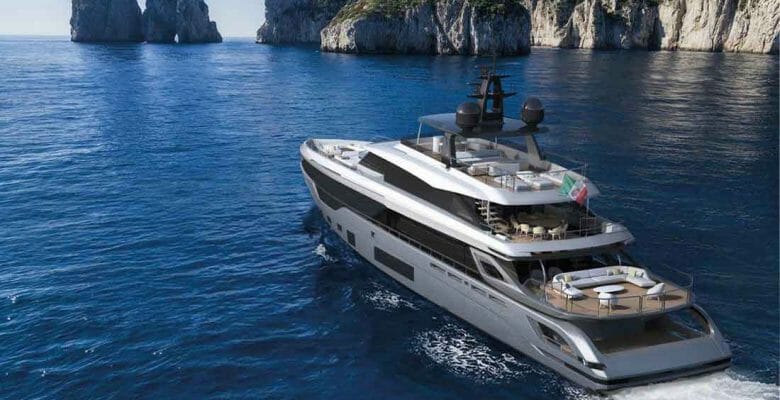 In considering adding a new, larger megayacht, Azimut Yachts wanted to rethink customary exterior and interior design. By collaborating with two well-known designers, it came up with the Azimut Grande Trideck. She has a few space-augmenting features that might even convince traditionalists to take a second look.

The 125-foot-long (38.2-meter-long) megayacht, with a 26-foot (7.9-meter) beam, still has the performance characterizing all Azimut boats and yachts. In fact, the Azimut Grande Trideck should see a top speed of 23 knots and cruising speed of 20 knots with the standard engine package. The optional package should add a knot to each. Additionally, the yacht emphasizes relaxation and entertainment of friends and family, yet another longstanding focus.

The differences, though, start with the exterior styling. Azimut approached Alberto Mancini of AM Yacht Design, asking him to toss aside convention. The first thing you may notice about the styling is how the main aft deck extends farther aft. Not only that, but if you look more closely, you will see it’s a raised area, like a mezzanine. Azimut calls it a Sea View Terrace, with the views benefitting even more from glass bulwarks. 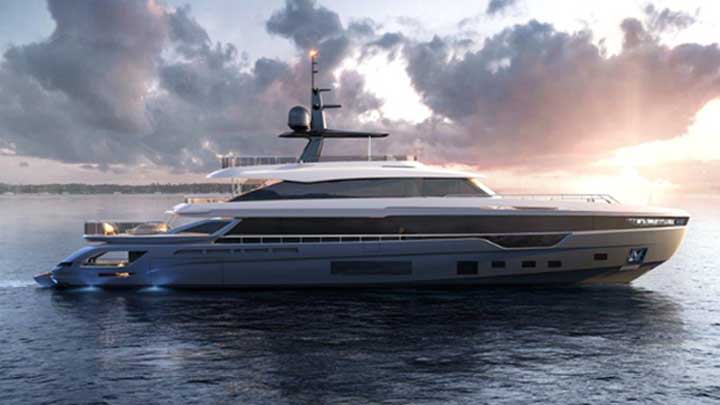 Directly beneath this, the Azimut Grande Trideck has a beach club, looking and feeling more voluminous thanks to the raised deck above. The fact that the megayacht’s tenders and toys stow in a separate garage forward lets the beach club be fully devoted to lounging, or whatever customers wish. The beach club gains more usable space, too, when the transom folds down.

Speaking of the transom, it’s different, too. Rather than be a solid section, it’s partially open air (at top). It’s also usable independently of the beach club, as the aptly named Private Patio. Large glass panes to each side, plus the overhang keep it sheltered.

For the interior, Azimut tapped Achille Salvagni, who previously designed the Azimut Grande 32 Metri, among other models it has. Just like with Mancini, Azimut asked him to redefine traditions. Although images are not available, the designer reportedly makes rooms seem more fluid and even sculpted. Additionally, he eliminates the typical formal dining area on the main deck. Instead, the saloon takes over, and indoor dining relocates one deck up.

Look for more on the first Azimut Grande Trideck, with a choice of five or six staterooms, when she debuts early next year.