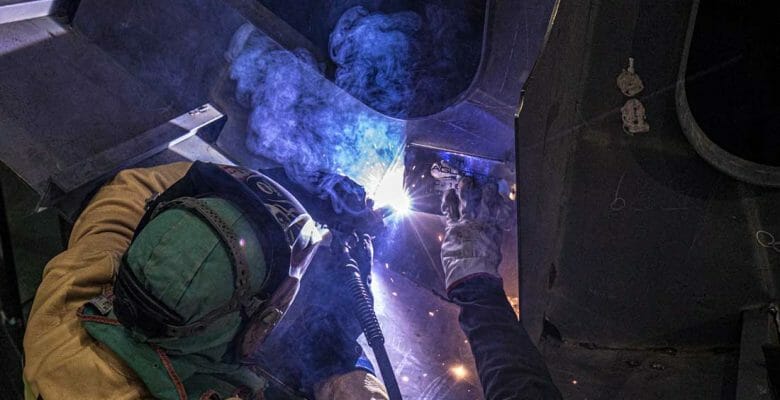 While the owner couldn’t attend, he did see his yacht start to take shape via a livestream, while all of Baglietto’s craftspeople looked on in person. Equally worth noting, a priest blessed the keel, then went on to hold a Christmas mass for the workers.

Baglietto hull 10238 is the first of the redesigned T-Line. While she still features styling and interiors by Francesco Paszkowski Design, she has more modern flair. For example, as you would expect, floor-to-ceiling glass makes the saloon and upper-deck lounge look and feel airier. The upper-deck glass slides open on three sides, too. Additionally, the profile lines slope toward the stern, which itself is open. The stern features three cascading levels as well. One such level contains a pool, which drains and blends into the rest of the deck area thanks to a raising floor. 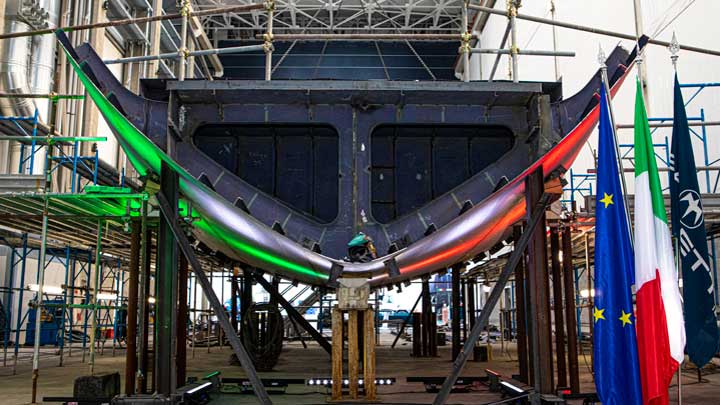 Yet another major change, Baglietto hull 10238 has a retractable stairway connecting the foredeck sunning and lounging area to the sundeck. The design solution came about because Paszkowski noticed these lower leisure areas aren’t used as much as people think they are. He believes the stairway will prompt free-flowing movement between the spaces.

Furthermore, the owner of Baglietto hull 10238 will be the first customer to have diesel-electric propulsion onboard. The shipyard anticipates this T-Line megayacht to make a top speed of 17 knots in traditional all-diesel mode. The diesels should provide a range of 3,600 nautical miles. Switched to batteries only, though, she can remain at anchor with normal hotel loads for up to 10 hours.

The new yacht is one of nine projects in build at Baglietto’s two facilities, in La Spezia and Carrara. They include Panam and Run Away, each approaching delivery. A sistership of the T-Line is in build as well, on spec, set for a 2023 delivery.