You are here: Home / Yachts / Motoryachts / The Refit of Broadwater at Huisfit: Photo Gallery 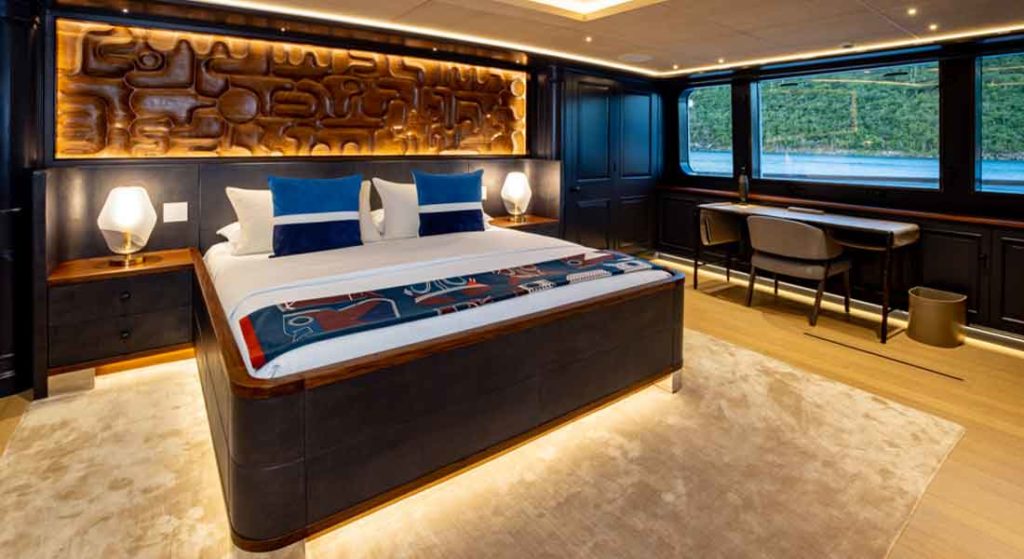 It’s hard to summarize just how dramatically different Broadwater is now compared to two years ago. “No area was left untouched,” says Peter Wilson, co-founder of MCM and the owner’s representative. The refit of Broadwater challenged the experienced team of managers, designers, and craftspeople behind her. Happily, though, they rose to the occasion, based on the owner’s reaction. “I think it’s fair to say he’s overjoyed with the end result,” he comments. 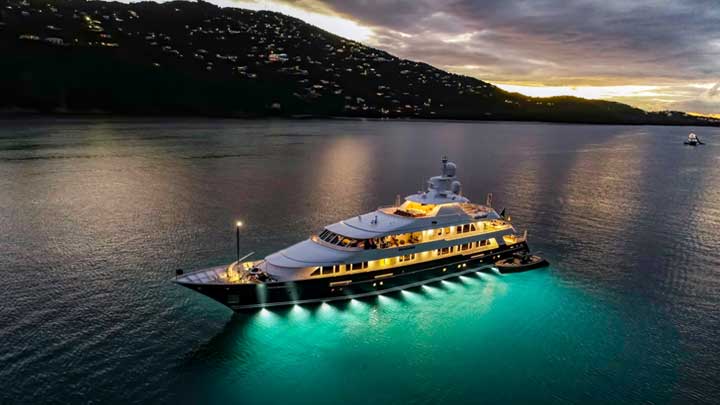 Broadwater started the refitting and lengthening at Royal Huisman’s Huisfit division in 2019. But, her history goes back to 1994, when she saw delivery as Rasselas by Feadship. Back then, her LOA was 171 feet (52 meters). “The owner is a passionate devotee of classic Feadship design and felt Rasselas was one of the most beautiful yachts the shipyard had built,” Wilson says. Therefore, he wanted to preserve her original design DNA, Wilson continues, simultaneously making her more contemporary. 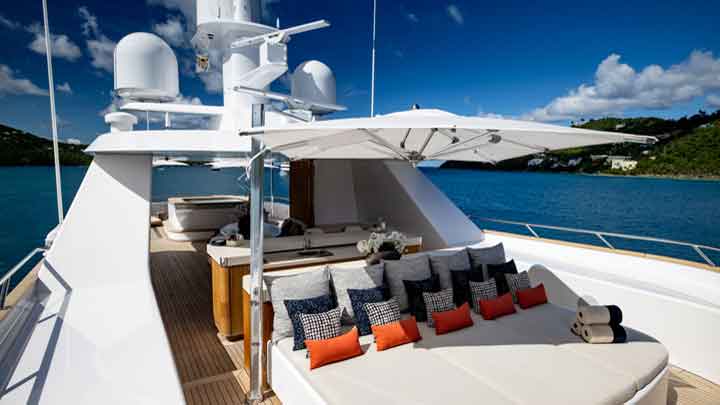 Interestingly, notable ways the refit of Broadwater accomplishes this are via a 13-foot (4-meter) extension and a re-imagined sundeck. California-based Adam Voorhees, who has collaborated with the owner on five previous yachts, penned all the changes. The extra length allowed creating the all-important beach club and a deep swim platform, neither of which characterized megayachts in Rasselas’ day. As for the sundeck (above), besides a new mast supporting a canopy, Broadwater gained a large hot tub, bar, and day head. The layout “creates many discrete opportunities, from enjoying an intimate meal to hosting a massive party,” Voorhees says. Ultimately, he adds, it respects the need to accommodate heavy charter use and the associated crew-duty traffic patterns. 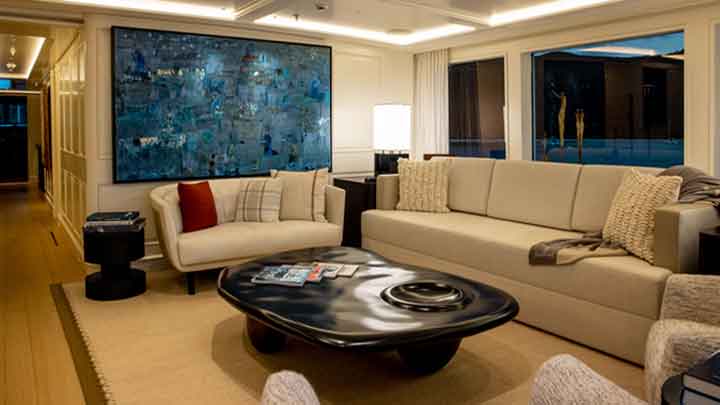 Inside, the refit of Broadwater respects the original architecture, “now desaturated and toned down to serve as a hushed, graceful backdrop,” Voorhees says. Specifically, it’s a backdrop to custom furnishings and accents, plus notable artworks. In fact, the owner’s collection of art from Alexander Calder, Jean Arp, Salvador Dali, and others are more than focal points. For instance, “The Calder in the main saloon inspires everything from the dining-table architecture to the wine display cabinet,” Voorhees notes. Additionally, a Reza Derakshani painting in the skylounge (above) slides open, revealing hidden stowage. Voorhees and the owner conceived this to take place in guests’ presence, too, “a type of theatric event with the crew to promote an informal and personal interaction.” 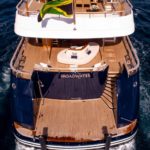 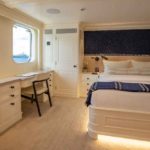 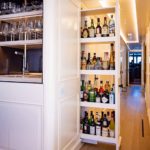 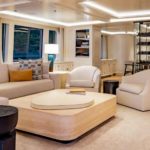 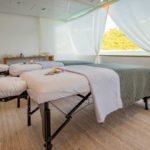 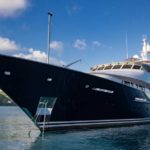 The artwork, plus European oak, black walnut, fumed eucalyptus, patinated bronze, and more, make Broadwater richly layered yet casually elegant. She combines multiple looks and styles, too, like classical French, Italian Art Deco, midcentury Scandinavian, and modern Californian. Surprises abound, from the deep tones of the artwork in the master (at top) to bronze floor inserts, inscribed with the coordinates of the owner’s favorite locations (below). Altogether, Voorhees asserts, the refit of Broadwater “is a synthesis of connections between past, present, and future.” 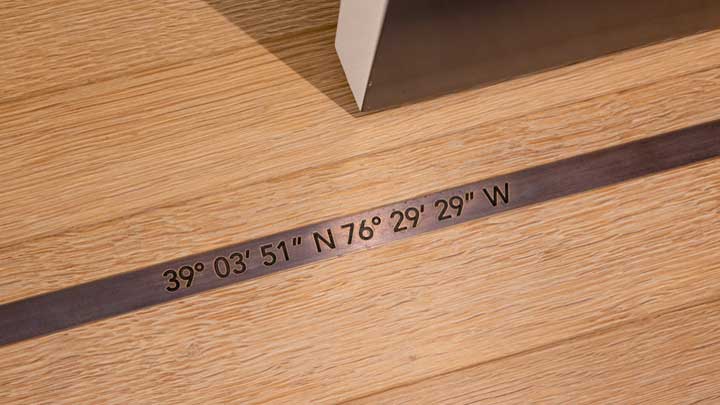 Naturally, extensive refits like these pose challenges. Being the biggest refit that MCM has managed, Wilson says, the megayacht pushed the company like none prior. “We were fortunate to be working for an experienced owner,” he adds. “When I sometimes had to call him with less-than-stellar news, he would take it in stride.” But, those trials and tribulations worked out in the end. “He spent Thanksgiving onboard in the U.S. Virgin Islands and was brimming with enthusiasm,” Wilson reports. “I would say his mission has been accomplished!”

Enjoy the armchair tour; click any of the thumbnail images to launch the gallery.