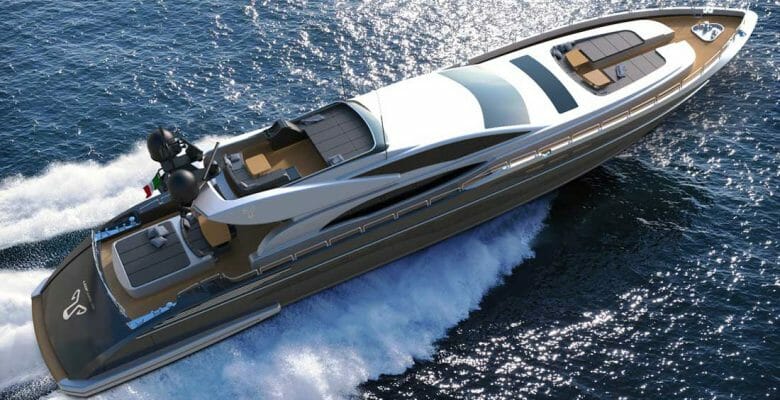 The well-known Leopard Yachts brand is under new ownership in Italy, with new projects from one of its original designers. To ensure customers on both sides of the Atlantic know about the possibilities, a central agency with global reach is in place, too.

Pisa-based Seven Stars Marina & Shipyard acquired the Leopard Yachts name within the past year. It follows the acquisition in 2019 of the Tombolo Shipyard, in the same region, which built Leopard megayachts in the 2000s. The Tombolo yard continued to deliver Leopards until 2009, when the brand ceased operating under the ownership of the Rodriguez Group. (The Rodriguez Group liquidated in 2014.) More notable, however, Leopard Yachts’ history dates back to the 1970s. In fact, the first Leopard launched in 1973—further the first recreational craft from Cantiere Navale Arno. More than 150 yachts emerged in the subsequent two decades.

Davide Mugnaini, CEO of Seven Stars Marina & Shipyard, was keen to relaunch the Leopard Yachts brand due to its long history. Furthermore, he saw Seven Stars’ customization capabilities as an ideal complement to the storied brand. In fact, in researching the brand history, he arranged a meeting with Andre Bacigalupo, Leopard’s designer starting in 2000. Bacigalupo additionally worked for Paolo Caliari, who designed Leopards starting with hull number one straight through to 2000. “We had a mutual respect for Leopard’s history,” Mugnaini says. “Combined with Seven Star’s technical know-how, it has made our collaboration on the relaunch of Leopard Yachts an act of love.”

With Bacigalupo onboard, Seven Stars has 24M, 36M, and 46M Leopards (79-, 118-, and 151-foot Leopards) ready for client input. The middle megayacht will be the first to launch, 24 months after contract signing. Although she bears some resemblance to a same-size, previous Leopard, namely with her racy lines, she’s thoroughly contemporary in layout and equipment. Overall, all three models have “elements that are not found in other yachts of this size and type,” according to Carlo Pittis, brand manager. He points to the main-deck master suite, for instance, as well as a beach club.

Unchanged, of course, is the emphasis on performance. The maximum speeds to 42 knots let you make quick work of reaching The Bahamas from Florida, for example. Similarly, you can enjoy weekending between Monaco and Sardinia. And, “the degree of personalization is limited only by owner’s imagination,” Mugnaini says.

As mentioned, Leopard Yachts has appointed a central sales agency. TWW Yachts will assist customers during the buying and construction process. Further noteworthy, the company can take on management duties after delivery.