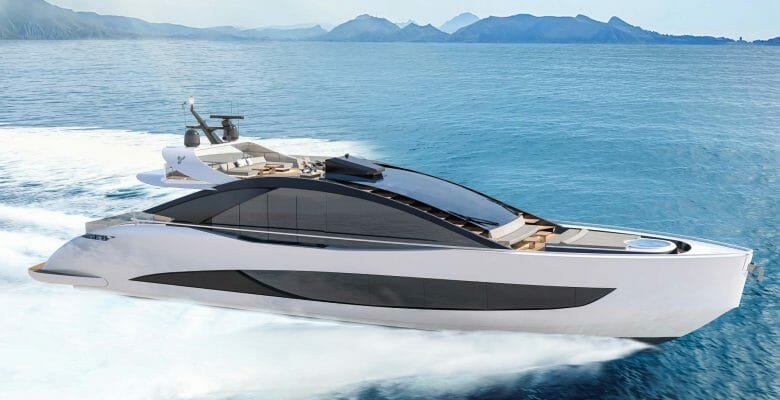 A year after the famous Leopard Yachts brand came under new ownership, one of its megayacht models is starting construction. It’s doing so thanks to a collaboration among three Italian yachting companies, one being the Permare shipyard. The Leopard 28M, a 92-footer, will see construction there for completion next year.

The refit and restoration specialist Seven Stars Marina & Shipyard acquired Leopard Yachts in 2021 for a few reasons. Firstly, the brand had a strong following after its first few launches occurred in the early 2000s. The yachts showed off sleek, sporty lines and equally sporty performance, making quick work of island or harbor hopping. Secondly, the CEO of Seven Stars believed the semi-custom Leopards, like the Leopard 28M, would complement the handful of new builds it handled. Seven Stars currently constructs on behalf of Austin Parker Yachts and Victory Marine. (Victory Marine oversees the Bolide superyacht series.) Seven Stars ultimately acquired Leopard with the blessing of its founder, Piero Picchiotti.

Although a larger Leopard has been in the works, the Leopard 28M is the first model getting underway. Permare’s craftspeople will handle the build of the hull and superstructure. Naval architecture and exterior styling, meanwhile, are from Andrea Ramasco. The looks complement the history of the brand, while simultaneously bringing that history up to date. Notably, owners and guests will enjoy better use of alfresco areas. Plus, stronger indoor-outdoor flow and enjoyment are priorities.

Although specific speeds haven’t been revealed, the yacht will feature triple Volvo Penta IPS propulsion. Seven Stars and Permare further pledge that “advanced technological research” will combine with the propulsion system to reduce fuel burn even more than the IPS system already does.