You are here: Home / Yachts / Motoryachts / Megayacht My Way, a Moonen 82 Alu, Delivered 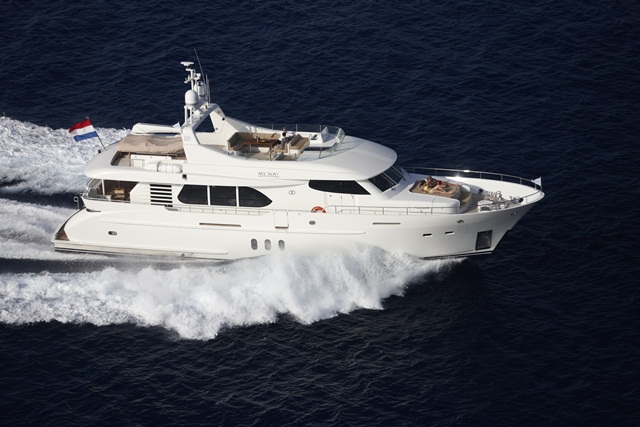 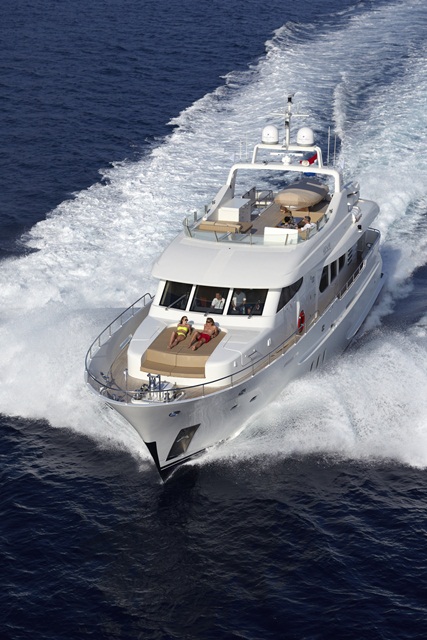 Meet My Way, the newest 82 Alu from Moonen Shipyards. Signed in late 2010, the megayacht is owned by a Russian couple who took advantage of the full customization the Dutch shipyard offers, in a size range dominated by production yachts.

The 82 Alu series is dubbed a fast-displacement motoryacht series because she has a good turn of speed yet is also intended to be fuel efficient at lower speeds. To the former, My Way achieves a reported 25-knot top end (at 10-percent load) and a 19-knot cruise (at 50-percent load). Moonen initially planned the 82 Alu series to have a 21-knot top end, but the owner requested the higher speed. In terms of fuel burn, My Way has a 2,000-mile range at 10 knots and a fuel capacity of about 2,642 gallons (10,000 liters). Power comes courtesy of twin 1,360-hp MANs.

Of course, the owners also put their imprint on My Way’s interior. In conjunction with Art-Line Interiors, the wife in particular worked to create a warm, welcoming atmosphere, from the combination saloon-dining area to the three staterooms below. Cherrywood dominates the spaces. One stand-out feature is the mirror mounted on the forward wall of the dining area (below). It’s not just a mirror—though that does allow guests facing forward to enjoy seeing a bit more of the outdoors. One press of a button turns it into a map of My Way’s route, a photo, or a TV. 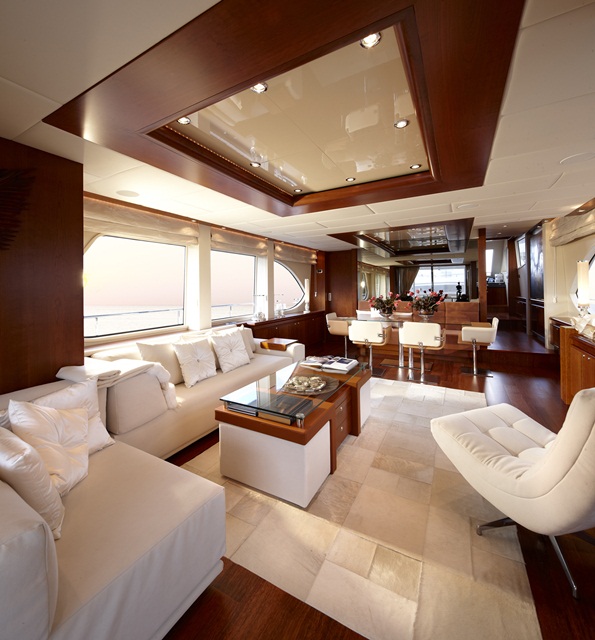 “All in all, this project has been great fun,” the owners say, in a statement released by Moonen. “Each time we came to Holland it felt like a mini-holiday. The yard personnel were very friendly, and it has been like being part of one big family who are all equally committed to building a great boat. Sometimes we had a question after returning home from one of our visits to Moonen, and these were always answered very efficiently. With excellent communication like this, the distance between Holland and Russia really did not matter at all.”