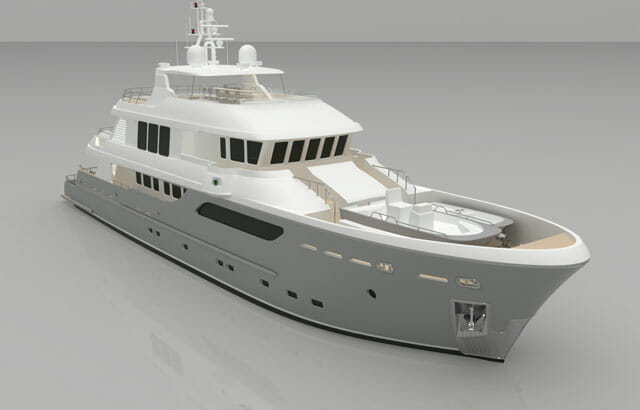 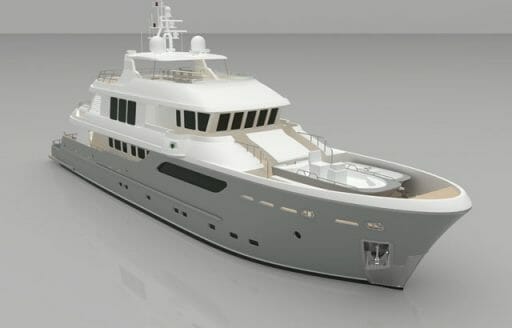 The latest addition to Horizon’s EP (a.k.a. expedition) series is this 115-footer, recently signed for a Singapore-based buyer.

Construction had actually already begun on the EP115, a version of Horizon’s EP110. (The EP series includes the EP69, EP77, EP110, and EP148.) Like the largest of the EP models, the EP115 features a steel hull, which is unusual for a megayacht of her LOA but not necessarily for her globetrotting purpose. However, what’s definitely unusual, regardless of size or purpose, is that the megayacht will also have a fiberglass superstructure.

While Horizon hasn’t revealed the general arrangement for the EP115, it’s likely safe to say she’ll have an on-deck owner’s suite and three or four guest cabins below decks. This is based on the layout for the EP110. There will, of course, be custom touches, as Horizon tailors all its launches, regardless of size, to owners’ preferences. But, strictly from a model standpoint, the primary difference between the EP110 and EP115 seems to be the extended cockpit (below). It’s complete with a livewell for the owner to enjoy fishing. For other water sports, the EP115 will also have a dive locker with compressor and a 19-foot tender dedicated to diving. That tender and a rescue boat will both be stowed in a bow compartment. 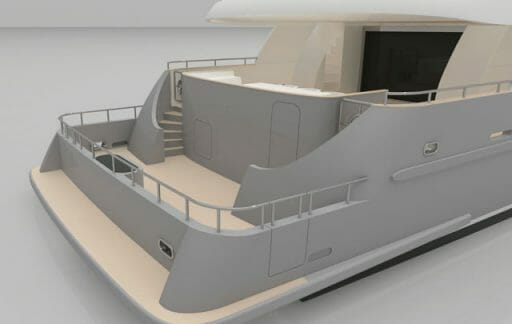 For now, Horizon is revealing that the 115 will have double rudders and ABT thrusters. She’ll also feature twin MAN engines for a reported 3,000-nautical-mile range at 10 knots.

Delivery is expected in March 2013, and the EP115 will debut at the Boat Asia Show in April.