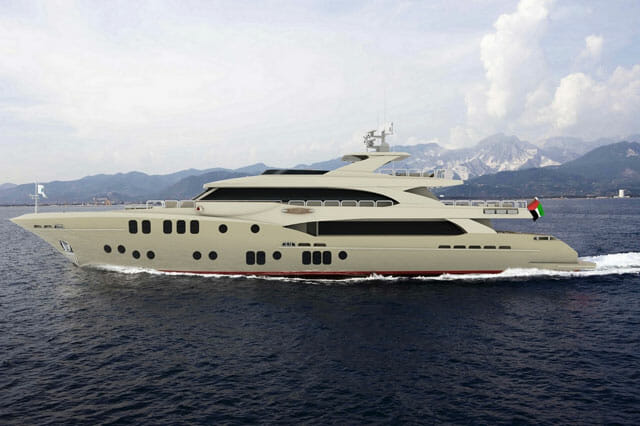 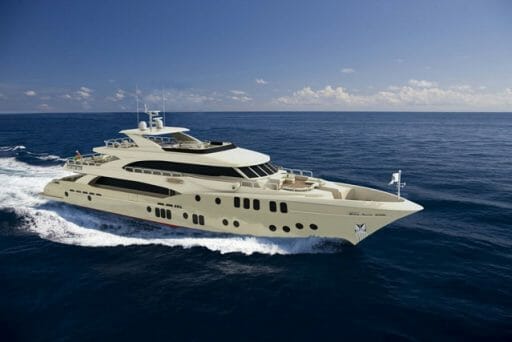 Just in time for this week’s Dubai International Boat Show, UAE-based Gulf Craft has started construction on its newest, and largest, megayacht, the Majesty 155.

In keeping with its other models, Gulf Craft is building the yacht entirely of fiberglass. The Majesty 155 complements the other flying-bridge-equipped Majesty megayachts, which include the Majesty 101, 105, 121, 125, and 135. It’s the latest step in Gulf Craft’s goal of offering larger yachts for Middle East buyers, who make up a good portion of its clientele, as well as for other buyers who are increasingly returning to the market in search of bigger boats. 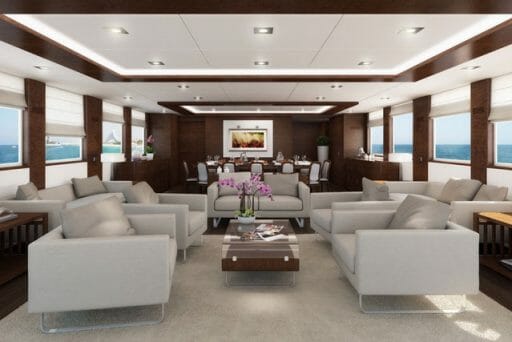 Gulf Craft allows owners to customize the interiors, but the rendering here gives you an idea of how the Majesty 155 can be arranged. Full specifications for the Majesty 155 haven’t been released, though given similar-size megayachts, it’s easy to assume that 12 guests and eight to 10 crewmembers will be accommodated. For comparison’s sake, the Majesty 135 has staterooms for 10 in the owner’s party and eight crew cabins. That same yacht further has a beam of 26’8″ (8.14 meters) and a draft of 11’7″ (3.54 meters). Twin 4000 Series MTUs will likely be the power package for the Majesty 155. That’s based on the fact that all of the Majesty models referenced above employ MTU power, and Gulf Craft recently signed an agreement with the German engine company to make its powerplants the preferred offering on all of its megayachts.

Gulf Craft expects the Majesty 155 to be ready for delivery in 2015.