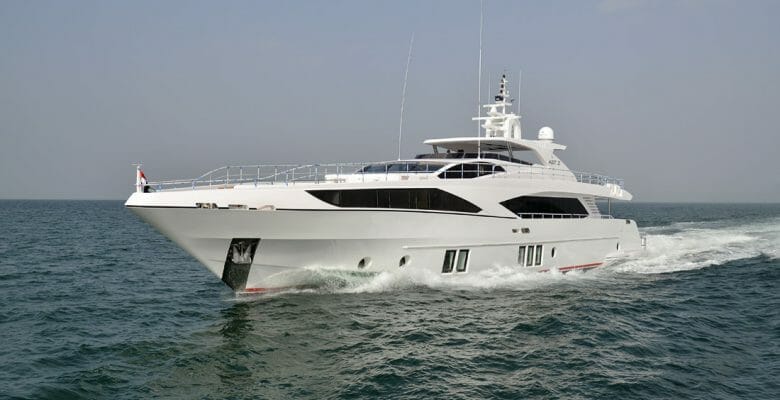 Having made her debut in March, the Majesty 122 is the newest model to join the growing megayacht offerings of Gulf Craft. She’s the fourth-largest project her builder has to date, with the biggest being the Majesty 155. With five staterooms for the full owner’s party, the two-deck Majesty 122 is outfitted quite lavishly, as you’ll see in the video below. She also has the creature comforts that owners from around the globe want. These include alfresco relaxation up top and forward, and enough room in the tender garage for a handful of toys.

Due to the success of the Majesty line and Gulf Craft’s influence in its home waters of the United Arab Emirates as well as Europe, the builder is expanding its megayacht offerings. A new shipyard in Dubai will allow it to build more models, and ones exceeding 164 feet (50 meters).