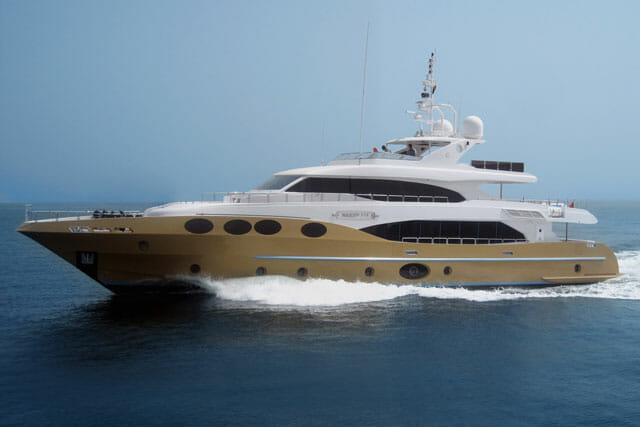 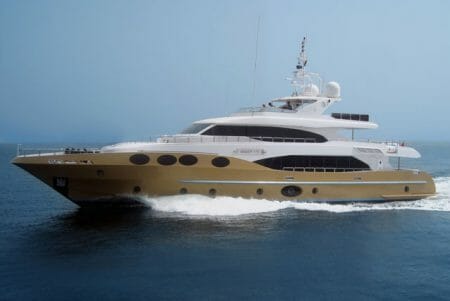 Gulf Craft is increasingly attracting interest from yacht and megayacht buyers outside of its home base of the Middle East. The Majesty 125 megayacht shown here is being delivered to the South of France, where two other Gulf Craft megayachts have been cruising over the past two years.

Indeed, Grenadines III, a Majesty 125 that charters out of France, was delivered to the region in 2010. And in June, the first Majesty 135 was handed over to her owner there.

The newest Majesty 125 bears a similar paint job to Grenadines III and a few comparable alfresco relaxation spots, but Gulf Craft also customized areas for the owner. For example, there’s more seating on the flying bridge, accompanying a hot tub and sunpads. Inside, cherrywood adorns the bulkheads, rather than light-tone burls offset by deeper, richer stained panels. The owner of the new Majesty 125 also requested white oak for soles. Several types of marble and onyx are further featured from the main-deck master suite down to the four guest staterooms.

Six crewmembers plus the captain oversee operations of the new megayacht, intended for private cruises.

Gulf Craft plans to exhibit the newest Majesty 125 at the Monaco Yacht Show in September.