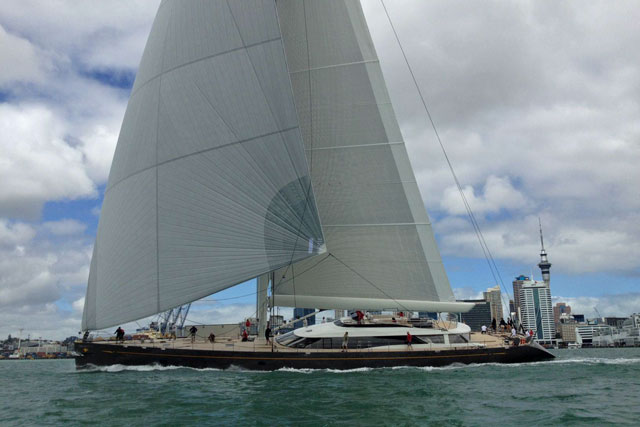 Whether a New Zealander—a.k.a. Kiwi—works aboard your megayacht as a crewmember, or you’re an admirer of New Zealand-born-and-bred megayachts, the New Zealand Marine Industry wants you. Specifically, it has a new social-media initiative called Friends of NZ Marine that will update its “friends” with information on yachts and technology, great cruising destinations, megayacht berths, and more.

By signing up at Friends of NZ Marine, you’ll become a subscriber to quarterly e-newsletters. Each issue will present the latest news about yachts and megayachts under construction in New Zealand, and/or yachts designed by famed Kiwis. The latter include Ron Holland and Ed Dubois, both of whom have signed up to become Friends of NZ Marine. Future newsletters will further include details on events (such as the New Zealand Millennium Cup, pictured), information from the New Zealand government on megayacht marina projects and expansions, plus suggested itineraries to follow when cruising the country.

Ultimately, of course, the goal is to strengthen connections with Kiwis worldwide as well as fans of Kiwi yachting products, to bring new business to the country. Members of Friends of NZ Marine will provide feedback on what most interests them, and the New Zealand Marine Industry Association will in turn take that information and present it as leads to various Kiwi companies when appropriate.