Home / Events / Boat Shows & Seminars / Stuck for Valentine’s Day? How About a Superyacht? 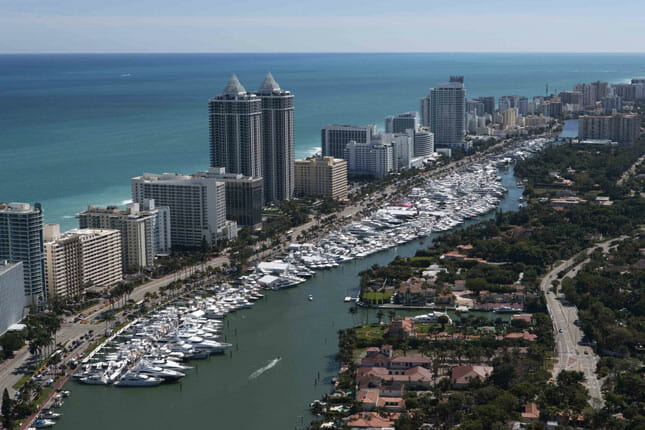 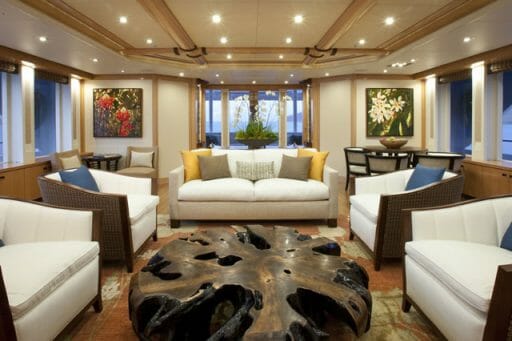 This week marks two significant events: the Yacht & Brokerage Show in Miami Beach, showcasing superyachts of various shapes and sizes, and Valentine’s Day. In fact, the two coincide, as the Yacht & Brokerage Show runs Wednesday through Monday. Based on attendance at the recently concluded Monaco Yacht Show and Fort Lauderdale International Yacht Show, yacht buyers are coming back to the market. Surely some will be strolling the docks with their sweethearts. If you will, too, here are five of the largest superyachts for sale that will be on display.

1. Arianna. Delivered by Delta Marine two years ago, Arianna (above) is listed for $45.9 million, being exhibited jointly by Merle Wood & Associates and SG. SG is the private family office that represented the owner through the build process and has managed Arianna for charter. The 164-footer (50-meter) is renowned as being the most voluminous yacht of her LOA. Her 7,500 square feet of relaxation space has a comfortably casual, beach-house-type atmosphere with Balinese and Polynesian design accents.

2. Remember When. Built by Christensen Shipyards in 2011, Remember When (below) is the American builder’s largest custom yacht to date. She’s owned by a multi-Christensen buyer and well-known yachtsman, John Rosatti. Remember When is named her in honor of all the good times he, his family, and his friends have had cruising. The superyacht employs a significant first for Christensen, a station-keeping system. Much like Dynamic Positioning, it links the bow and stern thrusters to the GPS. She’s for sale for $30 million and is being exhibited by her builder. 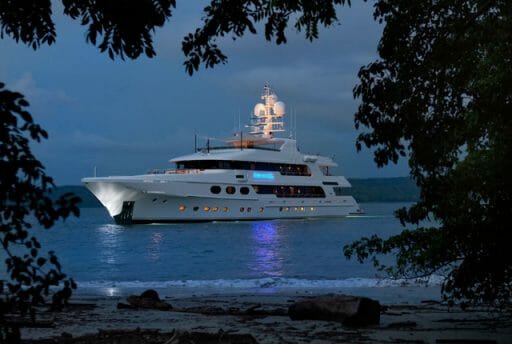 3. Match Point. Another Christensen, available for $27.5 million, Match Point was delivered in 2009, then known as Primadonna. LOA is 160 feet (48.77 meters). Megayacht News’ editor, Diane M. Byrne, attended an event onboard last fall and was impressed with how immaculately maintained Match Point is. A full-beam VIP, along with four other guest staterooms below decks, is a highlight. She’s being exhibited by International Yacht Collection.

4. Lady Janet. Lady Janet, part of the International Yacht Collection superyacht display, was one of the first Christensen 157 series yachts to launch. She was delivered in 2007. Cherry wood and granite are found throughout her decks. Lady Janet has been entertaining upwards of 12 charter guests (catered to by nine crew) for a few years. Though she doesn’t carry a helicopter, Christensen built her upper deck to be adapted for touch-and-go operations. Asking price: $27 million.

5. Carpe Diem II. This 150-footer (45.72-meter) was built in 2002 as Mia Elise and refitted in 2011. She’s been actively chartering for the past few years. A favorite spot for guests is the hot tub fully forward on the sundeck. It’s ringed with sunpads and is steps away from a bar. You can find Carpe Diem II in the joint displays of her builder and International Yacht Collection, Trinity Yachts’ sister company. She’s for sale for $13.99 million.