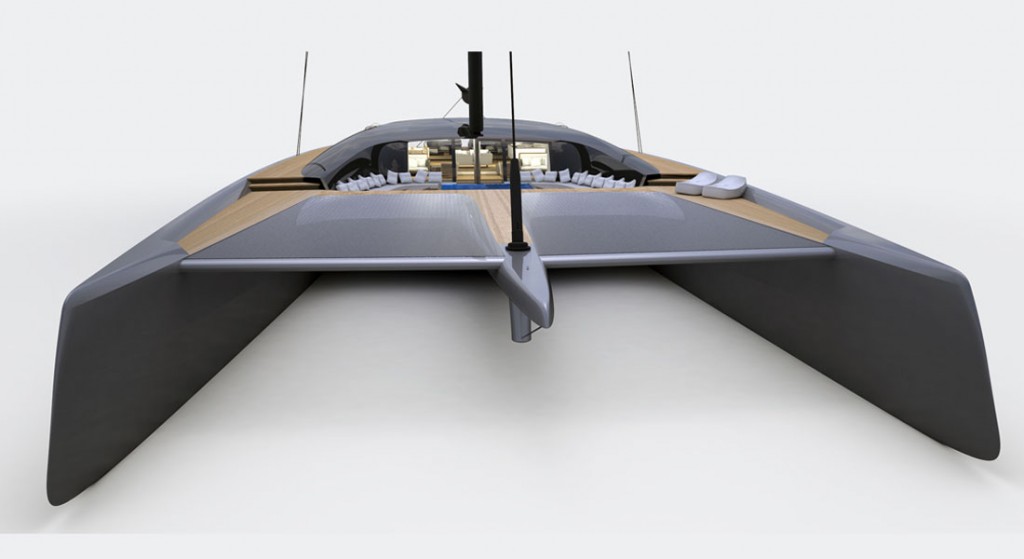 Mitch Booth isn’t just a proponent of catamarans. He’s an Olympics-winning sailor and multihull racer. He’s helmed America’s Cup craft. And he’s overseen the build of multihulls over the past 40 years on the water. Now, he’s a superyacht builder. Booth is the founder of BlackCat Superyachts, which plans to tap the growing awareness of the advantages of catamarans. 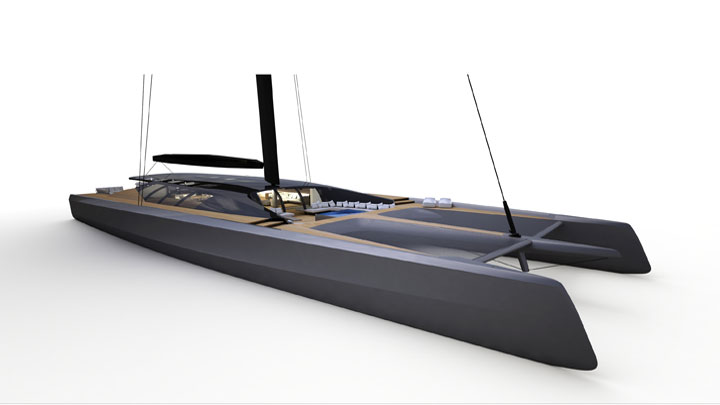 Booth has teamed with Malcolm McKean Yacht Design to bring BlackCat Superyachts to a reality. “I’ve noticed a heightened interest in catamaran discussions recently, perhaps due to the increased awareness of the America’s Cup racing yachts,” McKeon comments. “This has led to additional research being carried out in various areas, which has been helpful for us in developing the design of this high-performance carbon fiber ‘supercat,’ where the latest building technology and materials will be used.”

The supercat McKeon refers to is the 164-foot (50-meter) proposal shown here. Every BlackCat project will be built on a custom basis, of carbon fiber construction. To whet potential customers’ appetites, however, BlackCat Superyachts came up with this design. If signed, she’ll become the world’s largest single-structure carbon fiber yacht.

She’ll have other stand-out features, too. The megayacht incorporates abundant glass in her deckhouse. The main deck itself is meant for flexible use, sunning and lounging one minute and dining or quiet inside conversations the next. Note as well the wide waterline platforms (below) that fold down into place when the yacht is at anchor. The general arrangement is, of course, open to owner input. As for performance, McKeon expects she’ll easily see 30 knots, quite the turn of speed. 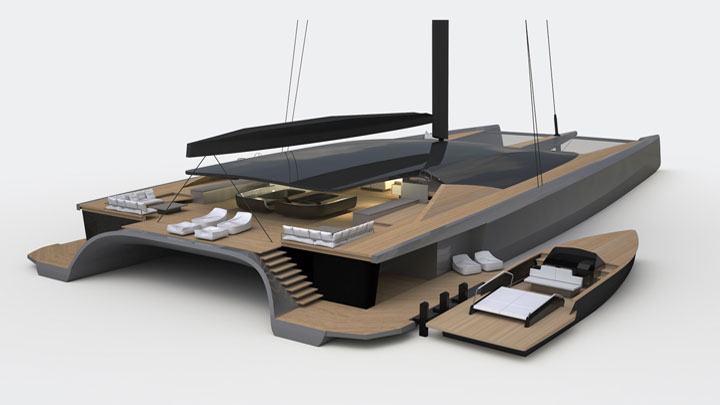 Regardless of LOA, all BlackCat Superyachts projects will boast relatively low drafts, a commonly cited catamaran advantage. They’ll also embrace the stability multihulls are renown for, in addition to low drag and therefore lower fuel burn. BlackCat Superyachts will provide all aspects of project creation, build oversight, and delivery management.