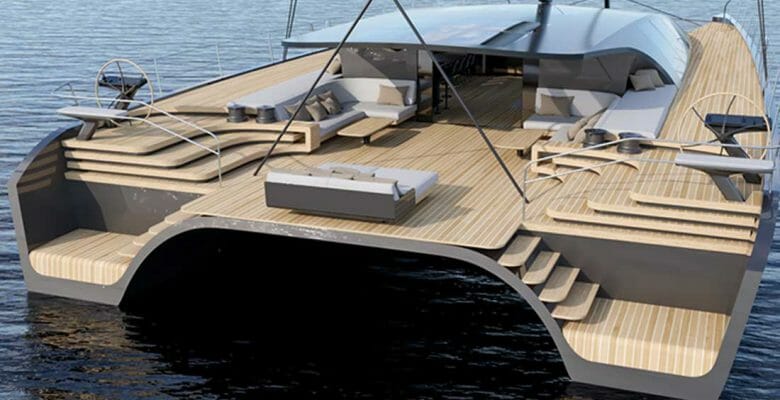 Four years after BlackCat Superyachts emerged to tap into the growing interest in large catamarans, the company has its first project set for construction. Simultaneously, the team is announcing its build partner. The BlackCat 30, with carbon fiber and composite construction, will take shape at McConaghy Boats in Australia.

BlackCat Superyachts started in 2016 as a new multihull megayacht brand. Mitch Booth, the founder, has extensive experience with multihulls. This Olympic-winning sailor has raced them and overseen construction of several of them over the past four decades, for instance. All design for the high-performance cats, meanwhile, comes from Malcolm McKeon Yacht Design.

While potential customers appreciated the advantages of a multihull, namely the extra stability combined with swift performance, they wanted something in a somewhat modest LOA. This led to the BlackCat 30, a nearly 100-footer (30.4-meter). Previously, BlackCat Superyachts had shown the BlackCat 50, a 164-footer (50-meter). While similar in style, the soon-to-start yacht has six staterooms for up to eight guests, plus two crew cabins. She retains, however, the single-level main-deck saloon, well-suited for large groups of friends and family for formal or casual entertaining and dining. She also features interior design by m2atelier, an Italian studio. Due to the spatial advantages, the BlackCat 30 should rival the feel and room of a 131-foot (40-meter) monohull. 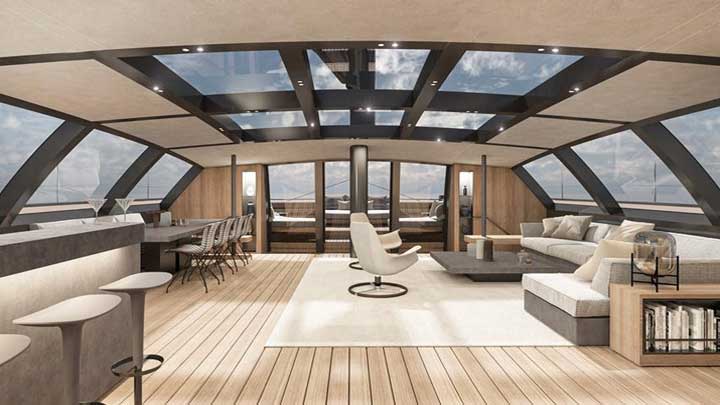 She’ll certainly rival the fastest monohulls, too. The build and design teams anticipate a top speed of 32 knots and cruising speed of 20 knots. McConaghy has a history of constructing performance multihulls, including the famed trimaran Adastra. Lower drag and lighter weight mean smaller engines for maneuvering, too. On a related note, the BlackCat 30 can use a hybrid system deriving power from solar and wind sources. This power in turn feeds a lithium-ion battery bank to power onboard systems.

Although a construction timetable is not yet set, Booth believes strongly in the future. “The cruising catamaran market is the largest growth sector in midsize yachts today,” he says. “We believe this trend will continue and eventually will become common throughout the superyacht sailing scene.”