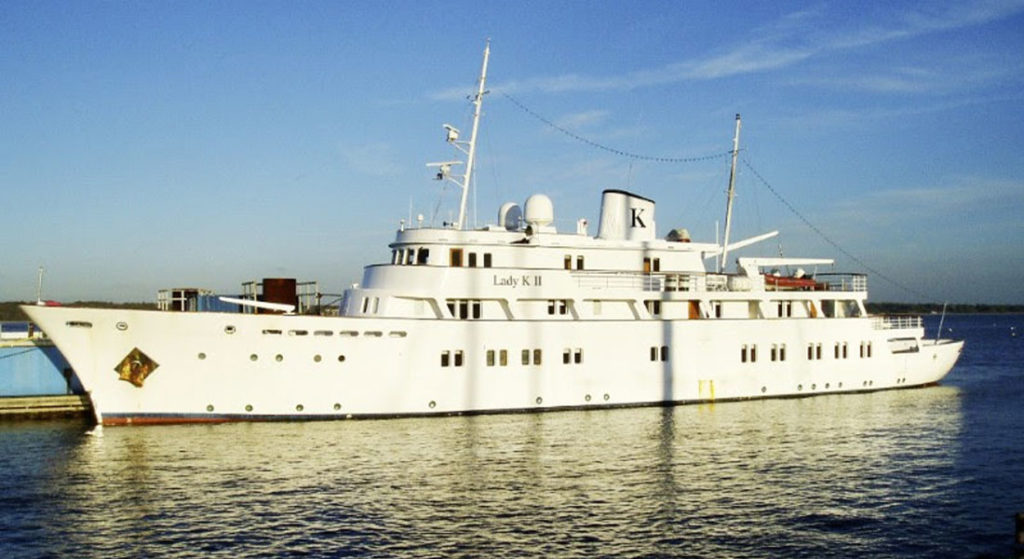 If classic yachts tug at your heartstrings, you may be the right fit for the refit of Lady K II. The half-century-old motoryacht needs a buyer to complete her rebuild.

Lady K II is currently sitting at Solent Refit in Hythe, England. Built in 1961, the 189-footer (57.6-meter) was a high-profile charter yacht, one of the largest in the world, too, in the 1990s into the mid-2000s. (She carried the name Princess Tanya back then.) She was well maintained all those years, straight to her last thorough refit in 2005. However, the following year, her then-owner began neglecting her. The bank holding her loan later repossessed her. It sought a buyer, unsuccessfully, for five years. Meanwhile, the megayacht sat in a shipyard in France. That’s when Solent Refit got involved.

Solent Refit not only learned of the situation, it sent representatives to examine the yacht. While a lot of work needed doing, a refit was definitely feasible. Solent Refit found an interested buyer, and a restoration began.

Lady K II started some of the work in France. She traveled to Solent Refit in September 2012. Three years later, however, the buyer asked the team to sell her. He reportedly came to the decision reluctantly, feeling he couldn’t commit the proper time and attention to the restoration. 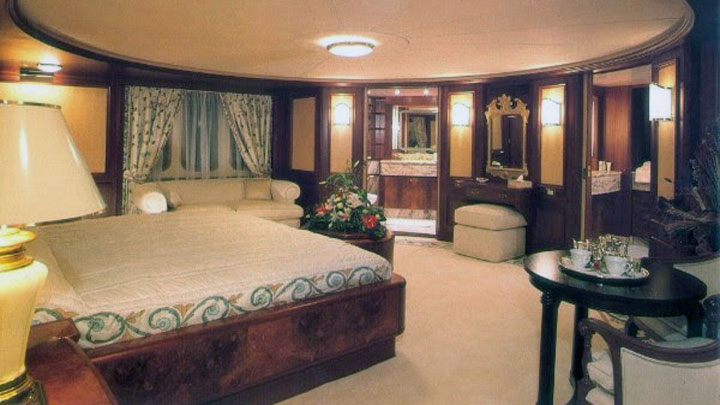 The scope of the work includes a small portion of hull plating—only 10 percent, Solent Refit says. Depending on your preference, you can keep the original engines or request new ones, too. The original Busch-Sulzer powerplants are still in the engine room. Regardless of engine choice, Lady K II should see a cruise speed of 10 knots.

Solent Refit says the interior needs “only superficial upgrading,” including lighting, AV systems, and decor elements. Among the nine staterooms, you get a master suite (above) on the upper deck. It occupies the 29-foot (8.8-meter) beam, and features a study and dressing room. Lady K II also has a twin guest cabin up here. Four more staterooms are on the main deck, with the remaining three below decks. You can entertain friends and family in a gracious saloon, containing a bar. Or, indulge in the onboard gym, sauna, and/or beauty salon.