You are here: Home / Yachts / Motoryachts / The ABCs of the BNow by RWD Series Megayachts 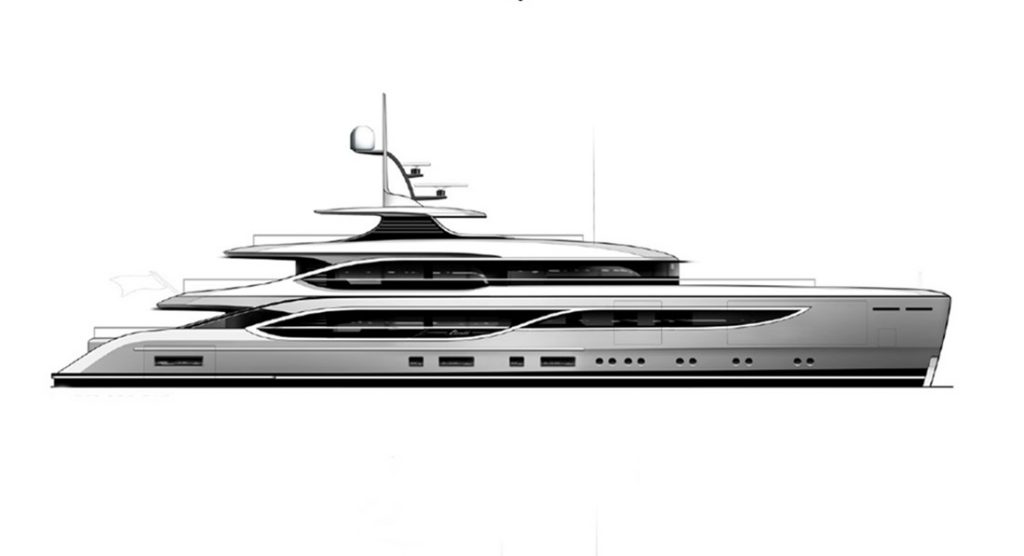 “We drilled down into what makes a Benetti a Benetti.” This is how Toby Ecuyer, a partner at RWD, describes the new BNow by RWD series. Additionally saying the drilling-down process as part “DNA, part engineering,” Ecuyer says the four resulting designs have, at their core, guests’ well-being and a close connection to the natural environment.

The BNow by RWD series is part of the Custom Now lineup, initially called Benetti Now. The initial idea, however, has not changed. Benetti lets buyers personalize interiors and alfresco areas while simultaneously offering set technical platforms. (Each yacht has a steel displacement hull, among other things.) This, it says, cuts delivery time in half compared to fully custom, same-size projects.

Interestingly, unlike most series—and indeed most megayachts—BNow by RWD does not define each model by her LOA. Only three of the four are named that way, in fact. They measure 56, 63, and 68 meters (184, 207, and 223 feet, respectively). The yacht pictured below is the largest. Benetti and RWD actually haven’t named the fourth model (above), referring to her instead as a sub-500-gross-ton yacht. This purposely allows for more flexibility in beam and length combinations, while keeping the regulatory requirements simpler.

Name or not, each megayacht shares characteristics, for a family feel. For example, all have plumb bows. On a related note, Ecuyer says the BNow by RWD series started with the sub-500-ton model. “If you can nail that design, the larger ones naturally flow,” he explains. In other words, it’s more challenging to balance proportions within the volume limitations.

The BNow by RWD megayachts join a handful of other designs introduced within the past year, including BNow by Omega Architects.