You are here: Home / Yachts / Motoryachts / Freedom Comes to Roberto Cavalli at CCN 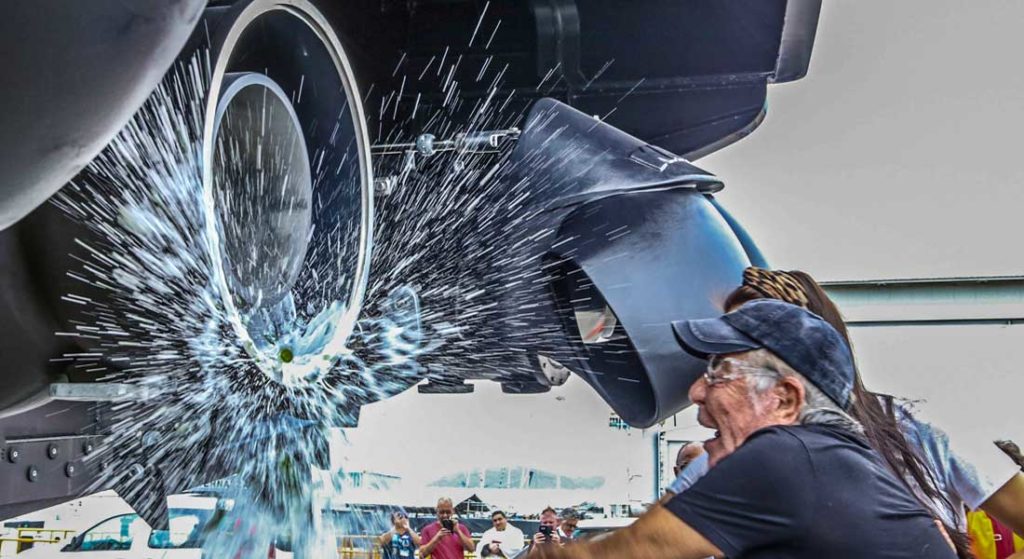 Freedom comes in many forms. For famed fashion designer Roberto Cavalli, it’s 88 feet of Freedom, his custom megayacht. He just christened her yesterday at CCN, in anticipation of letting her really be free on the water this summer.

The analogy is a bit of an understatement. Freedom should see an impressive top speed of 40 knots, with triple diesel engines coupled to waterjets. Cavalli requested a fast, fully custom megayacht, so CCN terms her a 27-meter Fuoriserie. In Italian, fuoriserie refers to highly detailed custom cars, so the word generally means “custom built” in other applications. It’s a fitting term for CCN, considering the shipyard focuses on semi-custom construction.

Just last summer, CCN revealed Cavalli was the owner. It kept most details, other than the styling and expected performance, close to the vest. As for that styling, Design Studio Spadolini interpreted Cavalli’s requests for a super-sleek, super-open superyacht. (Studio chief Tommaso Spadolini is a good friend of Cavalli.) Though the launch photo here doesn’t reveal much of it, the entire aft portion of Freedom is wide open. It starts where the curve of the superstructure starts its dramatic downward curve. Cavalli wanted Freedom to take the concept of connecting to the sea to a different level. 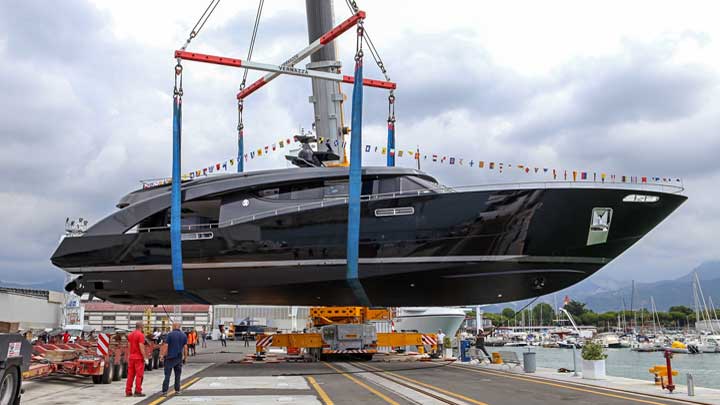 Now that Freedom is floating, CCN is finishing the interior features. These include a master suite occupying nearly the entire main deck. Cavalli requested it sit just aft of the helm. Though the shipyard hasn’t disclosed decor details, the look should be bright. Abundant natural light will spill down through a central skylight. Even more daylight will stream in through the aft doors. Cavalli can enjoy privacy while in his suite due to curtains, of course.

When he wishes to entertain friends, two guest staterooms below deck will cater to them. Freedom additionally welcomes them on the flying bridge, where they can watch the captain point her bow to the next destination. Once there, the crew can offload the tender, stowed forward.