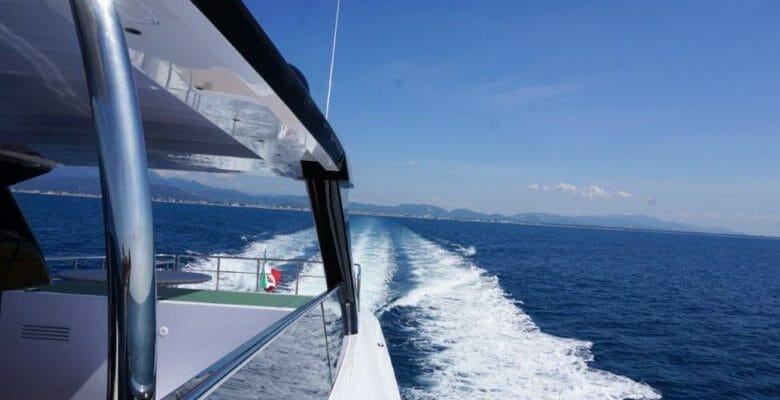 Amer Yachts has staked a reputation for fuel-efficient megayachts, incorporating Volvo Penta’s IPS system for each model. IPS is renowned for reducing fuel burn, emissions, and noise. But, it’s one thing to explain this, and quite another to prove it. So, Amer Yachts and Volvo Penta recently partnered for a real-world demo, overseen by RINA. The result: An Amer 94 burned 45 percent less fuel on a 100-mile cruise.

The Amer 94, recently completed and powered by twin IPS 1350 units, ventured from Viareggio, Italy to Samremo. A RINA representative noted her speeds, from about 9 to nearly 27 knots. The representative further noted engine loads, sound levels, and other details as the Amer 94 cruised in calm seas, traveling both with and against the current.

Already, the megayacht and propulsion system together weigh 20 tons less than similar-size, traditionally powered projects. However, seeing the performance figures really puts the difference into perspective. According to RINA, on the 100-mile trip, at 19.1 knots, the Amer 94 burned a miserly 56 gph (212.6 lph). That’s the above-mentioned 45-percent reduction in fuel consumption. It occurred with the engines under 65 percent load, too. 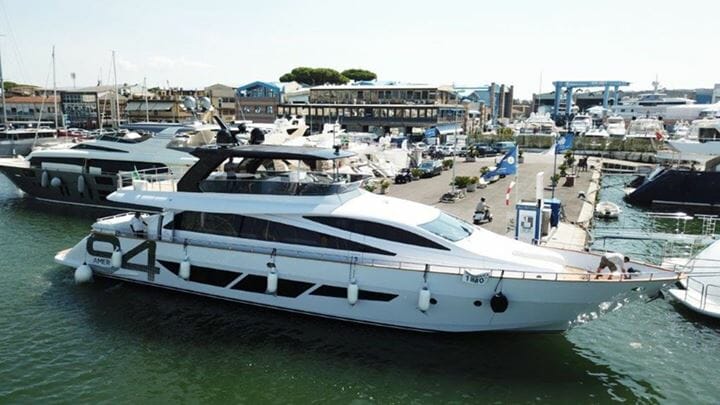 So, what about sound levels? RINA certified that at 19 knots, levels were just 58 decibels in both the saloon and master. In the same rooms at 23.5 knots, the sound levels were approximately 59. Keep in mind that normal conversation is 63 decibels.

“In designing the new Amer 94, we wanted to create a yacht that is sustainable in many aspects,” explains Barbara Amerio, Amer Yachts’ owner. “The 100-mile challenge was originated to put this new yacht to the test in real-life conditions, and the results clearly show that it is possible to create a superyacht with excellent sustainability at sea.”