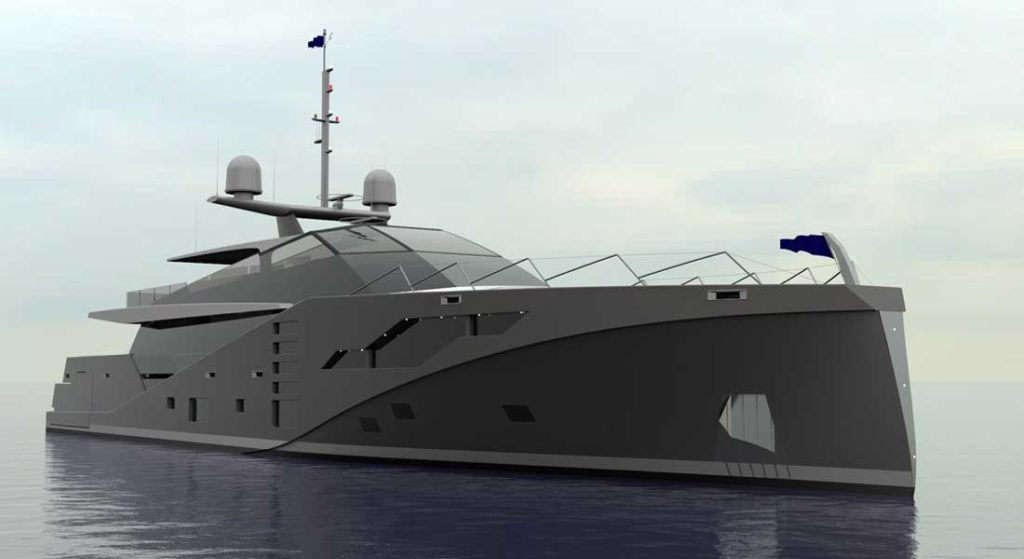 You may not recognize the studio name Peter Bolke Design. But, surely you recognize some of the work by its owner. Peter Bolke was senior designer for Dubois Naval Architects. In fact, he worked for the company for more than two decades. Among his duties, Bolke collaborated on the superyacht sloop Ngoni, Dubois’ last project. Inventive, innovative naval architecture and styling appeal to Bolke. That explains his concept project Stealth 46M ARV. Both her name and her looks make it clear she’s no ordinary megayacht, for no ordinary owner.

The “ARV” in “Stealth 46M ARV” is an abbreviation of anti-radar vessel. Also known as a stealth ship, it’s the inspiration for the styling. Stealth ships are less visible (sometimes even invisible) to radar and other detection systems. If you’ve seen these types of military craft, you’ll see familiar elements in Bolke’s 151-foot (46-meter) megayacht. Notably, the crisp, angular lines are a common theme. Bolke carries them straight up through the superstructure’s glass. 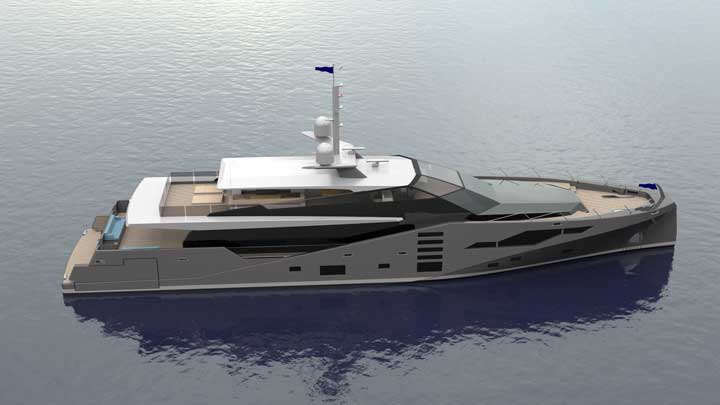 Of course, being a pleasure craft, the Stealth 46M ARV isn’t for evading radar. She’s for admiring. With a beam of 29 feet (8.9 meters), the megayacht strives to make the onboard experience better via abundant glass. In fact, the panes to both sides of the main-deck master suite each measure 13 feet (4 meters) long. See the rendering below for the effect. The master suite encompasses 538 square feet (50 square meters), too. In addition, the bulwarks along the saloon are cut—slashed, really—and fitted with glass. The views as the Stealth 46M ARV cruises along or sits at anchor should significantly benefit as a result. Glass even flanks the stairway connecting the main and lower decks. 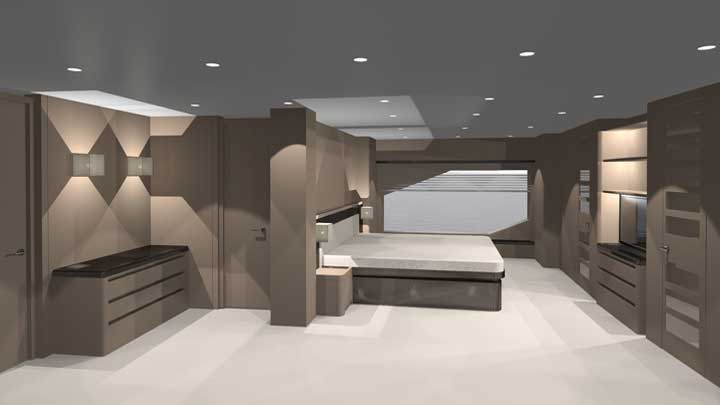 Eight friends and family can join you for cruises. Launch the tender from the garage via two side platforms, and use the space as a beach club. Furthermore, put her range to the test. Bolke designed the Stealth 46M ARV to see 4,600 nautical miles a few knots slower than her 16-knot top end. He also designed her for relatively shallow waters. Draft is just seven feet (2.15 meters).

Because Bolke has engineering ready, the Stealth 46M ARV is represented by Ocean Independence. The brokerage house will provide guidance on sending the design out for build bids. Northern European yards are favored. Regardless, if contracted soon, Bolke says she can launch in 2020.