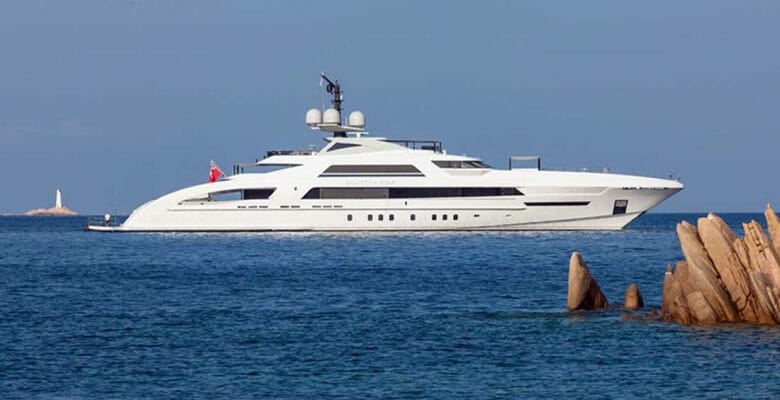 The Galactica Star auction, resulting from an international investigation into corruption, drew to a successful close. While neither the buyer’s identity nor the sale price is public, the megayacht does have a new owner.

Fraser Yachts offered her for sale via a sealed-bid process this past spring. This came after a U.S. federal court ordered the sale of Galactica Star, at the joint request of the U.S. Department of Justice and the Nigerian government. The two were each investigating Kolawole Aluko, a Nigerian oil businessman, who allegedly bought the megayacht with diverted profits from oil sales. A second oil executive, Olajide Omokore, was additionally under investigation for using laundered funds to buy the yacht.

Heesen Yachts delivered the yacht in 2013, its largest to date at the time. Measuring 213 feet (65 meters), she further stood out for employing the Fast Displacement Hull Form by Van Oossanen Naval Architects. That hull design reportedly permits her to burn 20 percent less fuel than traditional planing yachts of the same LOA, simultaneously still seeing good range. In fact, her best range is reportedly 4,200 nautical miles at 14 knots. In addition, Galactica Star has a fast speed for her size, a reported 28-knot top end.

Besides benefitting from impressive performance, the new owner has enviable accommodations to enjoy with family and friends. Galactica Star caters to an owner’s party of 12, along with 10 crewmembers. An upper-deck VIP and a main-deck master suite are notable. So, too, is the 829-square-foot (77-square-meter) beach club. It has a skylight as well, thanks to the glass-bottomed pool directly above. Ebony, spruce, leather, and metal accents appear throughout the interior, which is designed by Bannenberg & Rowell.