You are here: Home / Events / 15 Megayachts to Visit at the Monaco Yacht Show 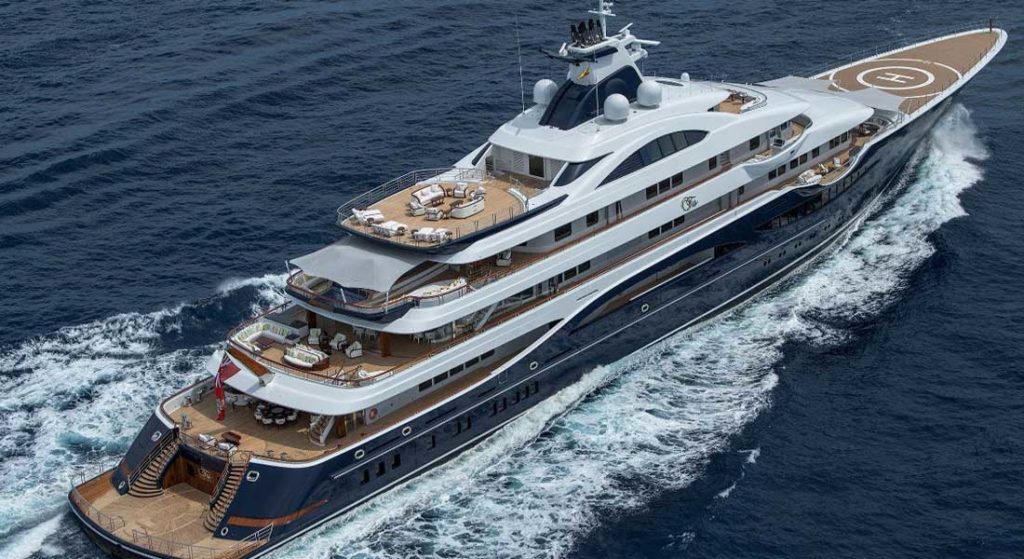 With an expected 125 megayachts on display, along with 55 watertoys and tenders, the Monaco Yacht Show will have the industry’s and consumers’ attention in September. From the 25th to the 28th, thousands of visitors will flock to the principality to see them. Here are 15 megayachts to visit at the Monaco Yacht Show—among the 40 or so yachts making their global premieres.

Abeking & Rasmussen’s Excellence. Excellence emerged at the yard just shy of three months ago. She stands out for her inverted, super-sharp bow and two-deck-high glass. LOA: 262 feet (80 meters), with styling by Andrew Winch Design.

Amels’ Aurora Borealis. This is the first delivery in the Amels 220 series, yet another recent delivery. Among her notable features, the yacht has two VIP suites on her bridge deck, and an aromatherapy steam room in her gym.

Baltic 112 Liara. While motoryachts dominate the market, this sailing superyacht is a must-visit at the Monaco Yacht Show. Malcolm McKeon designed Liara as a fast, family cruiser who could further hold her own on the racecourse.

Baglietto’s Severin°s. This 180-footer (55-meter) is the newest in the Baglietto T-Line series (above). Design outside and inside is from Francesco Paszkowski Design. She’s family-oriented, with a stateroom that converts to a playroom or, alternately, a massage room.

Cantiere delle Marche’s Audace. It’s not every day you see a five-deck explorer in just a 140-foot (42-meter) length. It’s also not every day that an explorer has a disco. Audace has both, plus a whole lot more.

Columbus Yachts’ Dragon. Dragon (below) is among the megayachts to visit at the Monaco Yacht Show because she’s the largest delivery from Columbus Yachts. LOA: 261 feet (79.5 meters), with six decks. 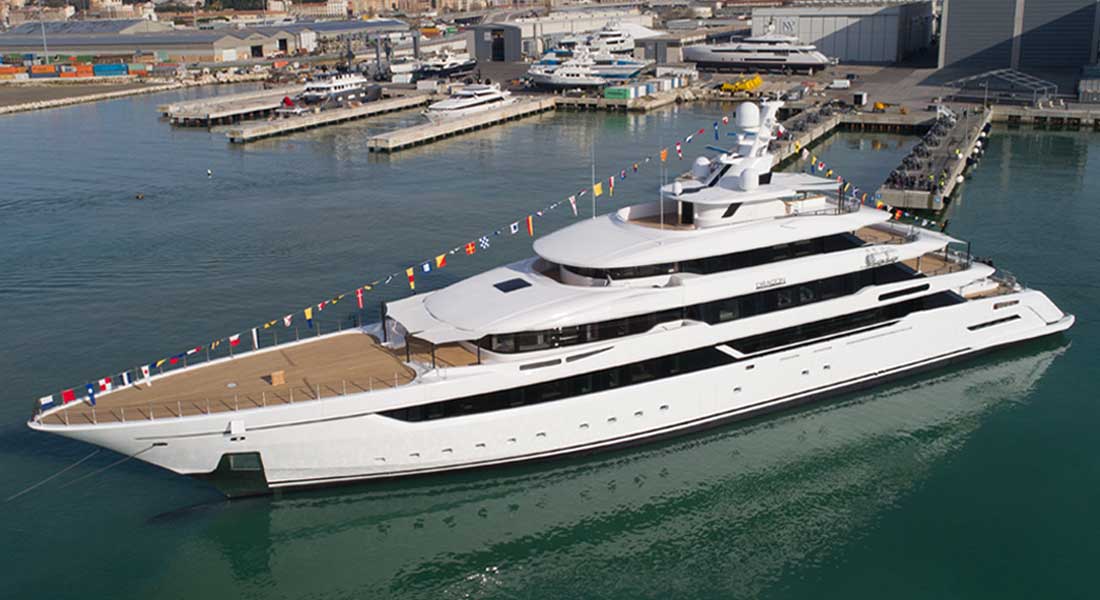 CRN 135. Her real name is still a closely guarded secret. However, this 259-foot (79-meter) yacht will be docked alongside Quai Rainier 1er at the show. Inside, each guest stateroom has its own color scheme, to suit different family members.

Extra 130. The largest model in the six-yacht Extra Yachts range, the Extra 130 is beamier and provides more alfresco space than most yachts of her size. Lots of glass keeps her light and bright, too.

Feadship’s Lady S. While she launched last year, Lady S was delivered in springtime. She has never before appeared at a yacht show. The 305-footer (93-meter) has long and lean styling. She really stands out, though, for having a two-deck IMAX cinema aboard. 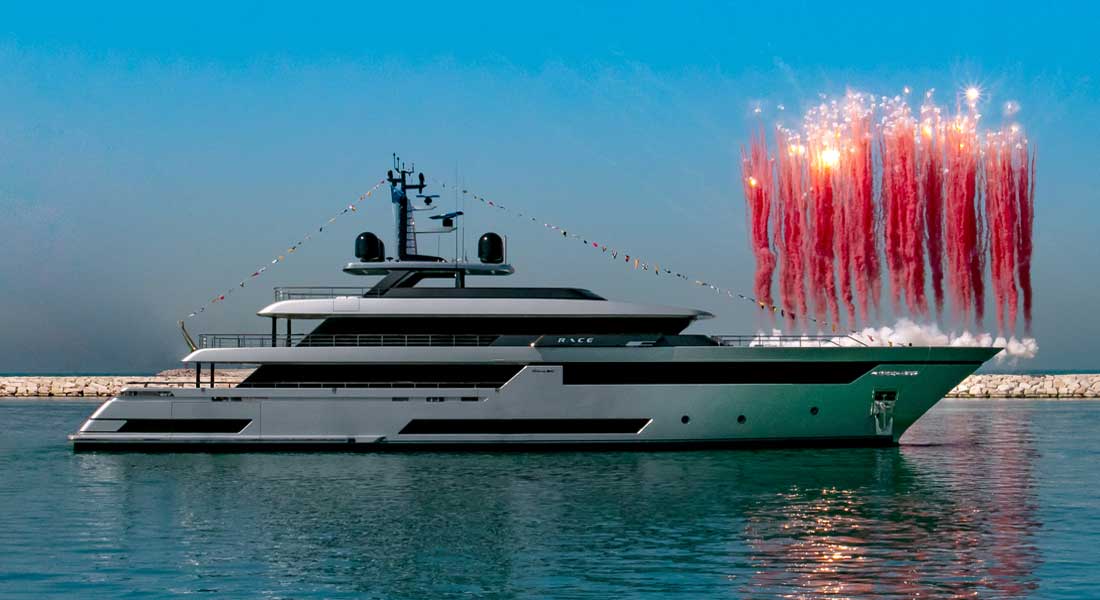 Lürssen’s Tis. One of a handful of deliveries from Lürssen this year, Tis (at top) has classical lines. She is equally classical inside, with design by the Andrew Winch studio. More important is her length: 364 feet (111 meters), making her the largest yacht ever at a yacht show.

Riva 50-Meter Race. The first delivery in the new Riva Superyachts Division (above) has the exquisite design details of her smaller, renowned sisters yet a personality all her own, too. For instance, she has a VIP as well as the master on the main deck. 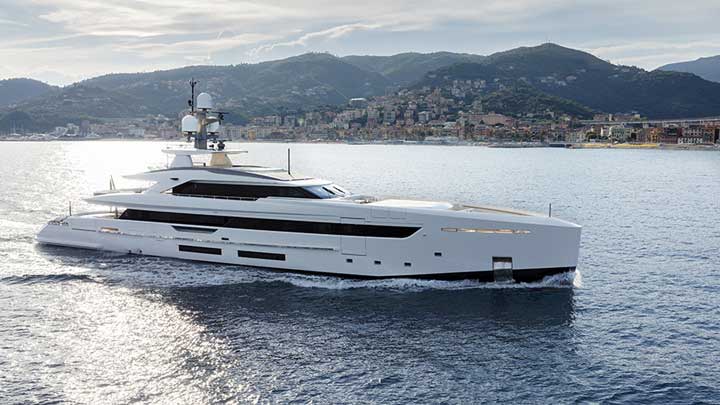 Sanlorenzo 64 Steel Attila.  With a volume of 1,600 gross tons, this is the biggest boat in the history of Sanlorenzo. “Steel,” naturally, refers to her hull material, while “64” is her length in meters, about 211 feet.  Highlights: a dedicated owner’s deck.

Silver Yachts’ Bold. How bold is Bold? She’s a rugged-looking 279-footer (85-meter) that does a reported 24 knots. She also holds the distinction of having eight staterooms and accommodations for 24 staff. Styling is by Espen Øino.

Tankoa Yachts’ Bintador. Formerly the S501 Hybrid, Bintador (above) is among the megayachts to visit at the show because she has a combination of diesel engines, electric motors, and gensets that offer propulsion versatility. LOA: 164 feet (49.9 meters).

If you go to the yacht show, here’s an incredible statistic to keep in mind. The organizers say about 300 people set it up and make it all run. Of this, 70 people alone set up exhibitor stands, and another 120 serve as stand hosts and drivers.