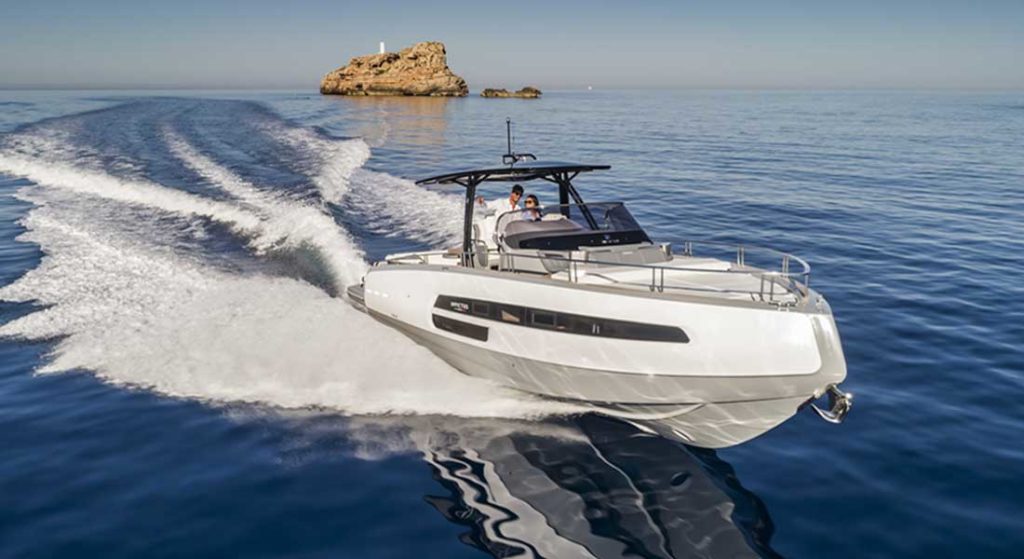 For the past three years, Invictus Yacht, an Italian tender and dayboat builder, has been meeting with success in Europe. Interestingly, it sold a few boats to American clients, despite not having a dealer network or a dedicated office stateside. This helped convince the builder to make a formal entrance into the U.S. market. The new Invictus Yacht USA team will exhibit Invictus Yacht boats for the first time, too, at the Miami Yacht Show in February.

If you are not familiar with Invictus Yacht, it was established on two primary principles. First, to bring a bit more flair to the tender marketplace, through a collaboration with a well-established design studio. That studio is Christian Grande. Second, it wants to offer owners the ability to customize their craft down to little details, all on a hull capable of spirited performance.

The boats you’ll get to see at the Miami Yacht Show are the GT370 (top) and the GT280S (below). While the GT370 is a stern-drive boat, with twin 430-hp Volvo Pentas, the GT280S is an outboard-powered model, with twin 200-hp Yamahas. Regardless, since both models belong to the GT series, they share similarities. For example, both have reverse bows. In addition, since buyers can customize them, you can configure seating for day cruising, or for transiting to and from your mothership. 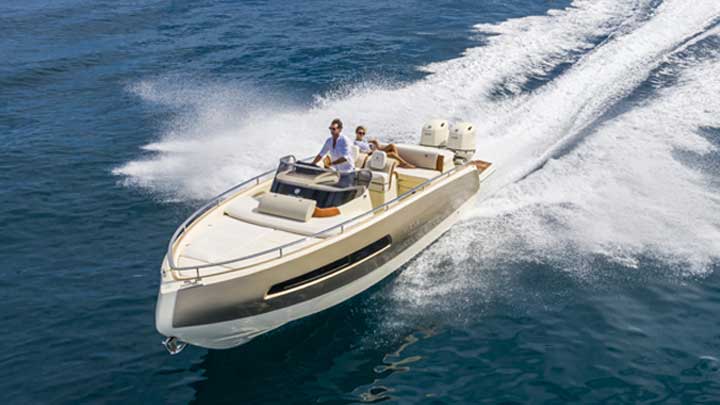 Furthermore, because style is a big part of Invictus Yacht, and therefore Invictus Yacht USA, the two boats will stand out at the Miami Show for their color schemes. The GT370 will feature what the builder calls its most iconic tone, Vanilla Sea. Seating, meanwhile, will have a sharply contrasting Cognac color. As for the GT280S, which made its global debut at September’s Cannes Yachting Festival, look for an Attack Gray hull and Titanium seating.

Invictus Yacht USA will focus primarily on Florida as well as East Coast customers at first. Over time, it will expand its reach, and that of dealers, to the U.S. West Coast. Eventually, Central and South America will join the sales and service outreach.

In related news, expect Invictus Yacht USA to have details on the TT series. A new model, the 460TT, joins the lineup soon.