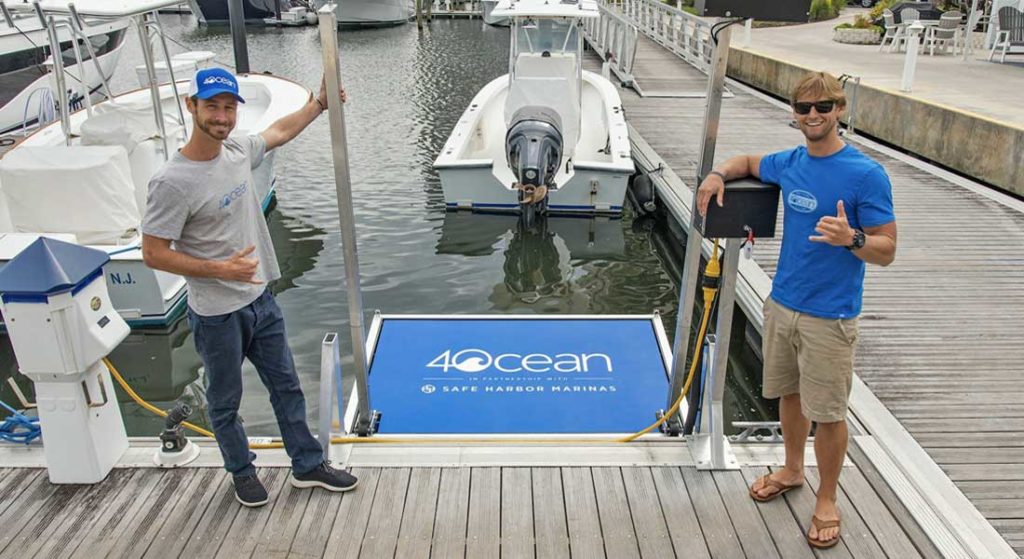 Many yacht owners, guests, and crews are all too aware of the plastics problem plaguing the oceans. So are marina operators. To eliminate some of this trash from its properties, Safe Harbor Marinas is installing skimming bins created by 4ocean. Four properties thus far feature the bins, with all of the marinas to include them over time.

With nearly 100 marinas in its portfolio, Safe Harbor Marinas holds a significant footprint in the United States. In fact, two of its holdings include Newport Shipyard in Rhode Island and Harborage Marina in Southwest Florida. While those two properties do not yet have the 4ocean Harbor Skimmers, four Florida-based marinas are using them. Specifically, they are Old Port Cove in North Palm Beach, Calusa Island in Goodland, Burnt Store in Punta Gorda, and Pier 77 in Bradenton.

The installations started last month. The Harbor Skimmers, created by 4ocean as part of its overall focus on eliminating ocean plastics, are floating devices that attach to a dock or a pier. Via shore power, they gently pull hundreds of gallons of water inside every minute, around the clock. Marine debris therefore collects in a mesh basket. Marina employees then clean out the baskets, simultaneously ensuring fish and other wildlife remain unharmed.

“We’re proud to partner with the team at Safe Harbor because it gives us yet another way to remove trash from the ocean at scale while also educating the community on the effects of plastic pollution,” says Alex Schulze. He adds that the team looks forward to collaborating for years to come. Baxter Underwood, Safe Harbor’s CEO, agrees, citing each company’s “conviction to steward our planet’s waterways.” He adds, “Together, we will improve the water quality at hundreds of harbors across the nation.”