Home / Yachts / Kenshō Comes Out at The Italian Sea Group 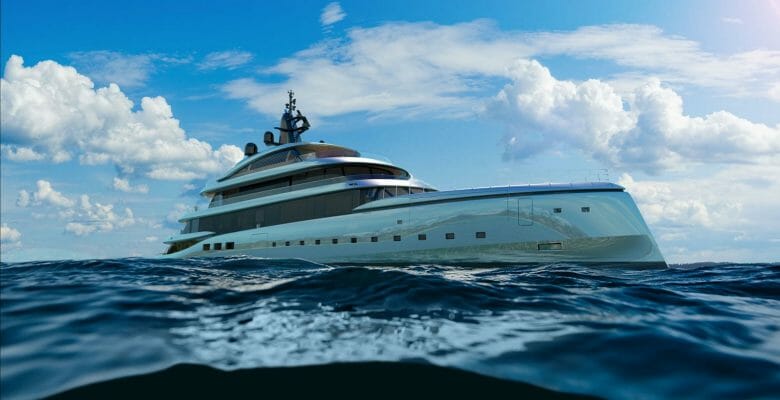 Last week saw The Italian Sea Group launch Kenshō, a yacht whose owner says “integrates the best ideas of both residential and yacht design to create a new quality of living at sea.” The 245’6” (75.85-meter) megayacht has been four years in the making.

Kenshō belongs to an experienced yachtsman who personally selected both established yachting specialists and equally established firms from outside of the marine industry. His goal was to re-imagine yacht design and cruising. The yachting specialists, for example, include the design studio Azure Naval Architects for styling. They also include the project-management and surveyor firm Technical Marine UK. As for outsiders, the owner chose the architecture and design firm Archineers Berlin for styling. And, he chose Jouin Manku for interior design, based on the studio’s work with high-end residences, renowned restaurants, and more.

Kenshō, whose name loosely translates from Japanese as “seeing one’s true nature,” does draw a lot of inspiration from nature, plus organic shapes of natural materials. Specifically, teak, silk, wool, bronze, and glass are all aboard, as are marble and onyx. The 1,980-gross-ton megayacht, with a 42-foot (12.8-meter) beam, reportedly shakes up the customary general arrangement, too. However, no images are available of the eight staterooms for 16 in the owner’s party, or of the 12 cabins for 19 crewmembers plus the captain.

Regardless, it’s further interesting to note that the yacht employs a diesel-electric propulsion system featuring permanent magnet electric motors. Briefly, the magnets cause plates to rotate, and that motion drives the diesel generators. The motors create power without an external fuel source. The Italian Sea Group says that Kenshō has five variable-speed gensets, further fitted with emissions-reducing equipment. The shipyard expects the yacht to have a best range of 5,350 nautical miles at 12 knots. Cruising speed should be 13.6 knots, while top speed should be 15.4 knots. The yacht can engage retractable stabilizer fins when needed, too.

After delivery, the megayacht will book charters in the Med, starting next summer.