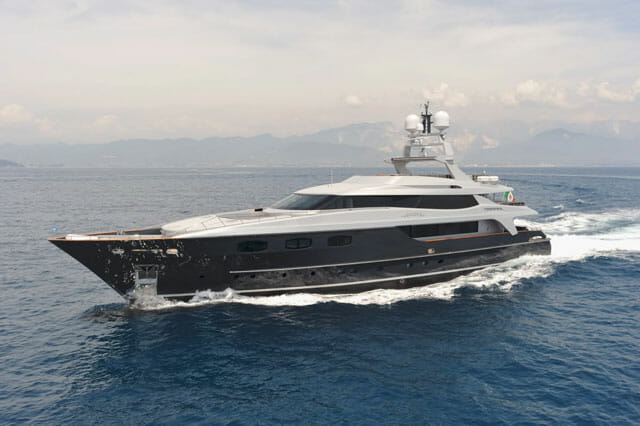 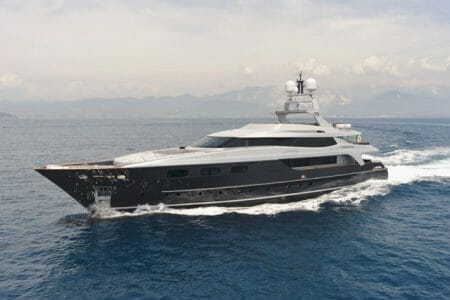 Following a long bankruptcy and setbacks in its acquisition, Baglietto, responsible for launches like Ancòra (pictured), finally has new ownership. It also has a sister shipyard with a new distribution deal with the Rodriguez Group.

According to news reports in Italy, Beniamino Gavio, executive director of Societa Iniziative Autostradali e Servizi (SIAS), officially took over Baglietto last Monday. Gavio also recently acquired Cerri, another Italy-based yacht and megayacht builder, with all-fiberglass offerings to 102 feet (31 meters). SIAS is an industrial holding company primarily focused on the motorway sector, managing the second-largest percentage of Italian highways. SIAS also has business interests in technology, including fiber optics. As for the two yacht builders, Gavio told reporters last week that a new business plan will be presented soon, along with plans to re-employ craftsmen who were laid off over the two-year bankruptcy period.

While the management team focuses on restarting construction of three yachts at Baglietto, it is already encouraging sales for Cerri. Gavio has signed exclusive worldwide distribution deals with the Rodriguez Group. Model-wise, it’s a good fit. Besides building its own yachts, the Rodriguez Group sells many open-style yachts and megayachts from the likes of Sanlorenzo and Italyachts. The Group is also the parent company of Camper & Nicholsons.

The Rodriguez Group anticipates having the Cerri 86 Flying Sport and Cerri 102 Flying Sport available for sale later this year. New Cerri 90- and 100-foot (27- and 30.5-meter) models will be introduced next year, followed by a 130-footer (39.6-meter) in 2014. No distribution deal has been signed with Baglietto.