You are here: Home / People / Crew / Internet at Sea: Connectivity Issues for Crewmembers 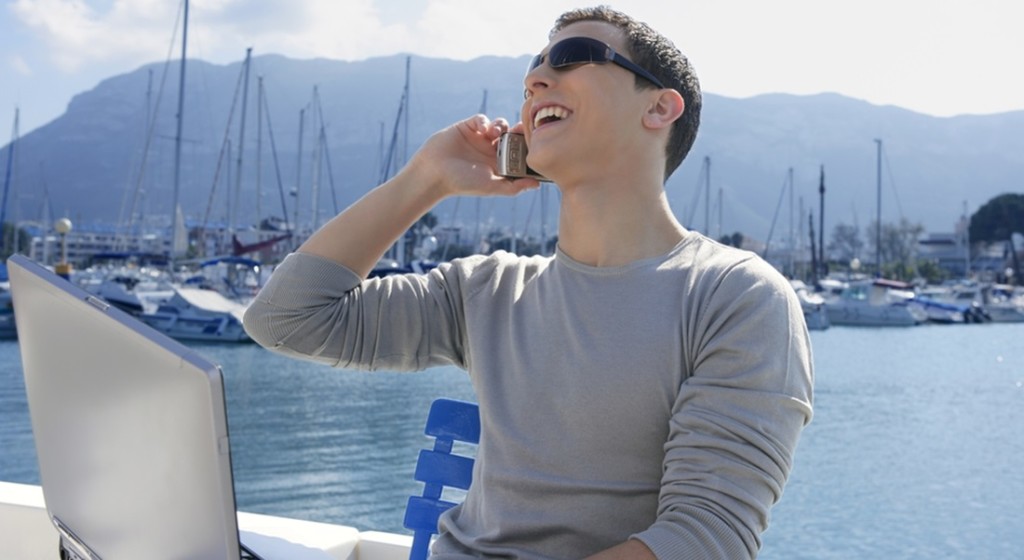 Our addiction to our mobile devices means we text, Tweet, and talk all day long. When it comes to Internet usage aboard megayachts, there’s widespread—and incorrect—assumption that our connection will be fast and consistent everywhere, every time. NSSLGlobal, which provides more than 150 megayachts worldwide with satellite communications services, recently found that nearly 50 percent of 238 crewmembers surveyed hold this belief. Given that 90 percent of these crew have two personal devices onboard, 16 percent of them have a staggering six, and 90 percent of all of them can use their yacht’s Internet connection, the demand often outweighs the capacity. While a widespread survey of owners and guests has yet to be conducted, surely it’s safe to assume that nearly the same percentage of people believe connectivity onboard will be the same as it is for them at home.

Thankfully, there’s a solution: creating a fair-use data policy. We asked NSSLGlobal to weigh in on the subject.

Before attempting to develop a best-practice guide to help owners and crews adopt the right mindset for data usage, it makes sense to first define the problem and highlight the significant difference between supply and demand. By helping owners and crew to understand the problem it is more likely they can adjust their expectations and behaviour to get the best from the services available.

There have been huge leaps in the provision of Internet bandwidth to yachts over the last decade. These include general adoption of VSAT “full time” service onboard, “whole globe” availability, and increased reliability and stability. However, complaints have also increased. Why? The simple answer is that while supply of bandwidth has increased by up to a factor of five, the demand for bandwidth during the same period has increased exponentially.

To put this in perspective, let’s look at connectivity on a typical “state-of-the-art” yacht today:

Now let’s compare that to the demand, by looking at the type of devices that are typically being used aboard and what they’re being used for:

So what can be done to strike a balance between crews’ expectations and the business needs of a vessel for Internet communications? It comes down to rationing and education. Try these tips:

At the end of the day, any technologically-savvy crewmember may find ways around restrictions you place on their devices. Conversely, some users do not have the technical capability to be responsible for managing their own data consumption.

The most important rule of all is to remember that the best policies should be personal, not technical. You’re dealing with people, not with the machines they carry. Demonstrating to your crew that it is in their interest to be mindful of their bandwidth usage will go a long way to alleviating these issues.