You are here: Home / Yachts / Motoryachts / Project DOM123 Due to New Owner Next Year 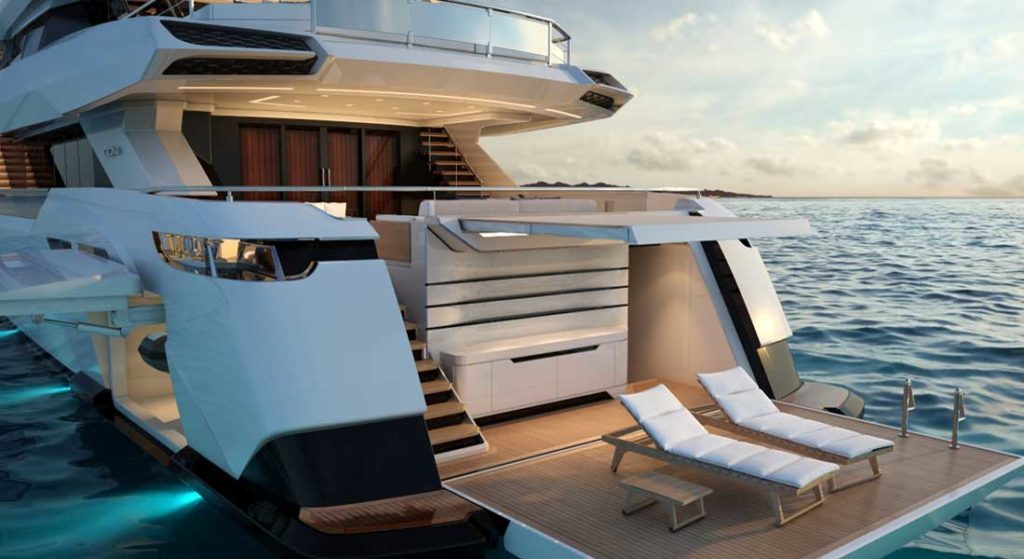 A little over a year ago, CCN made a concerted effort to start attracting younger buyers with more modern design and living tastes. With the recent signing of Project DOM123, it is starting to do so. Set for delivery in 2020, the megayacht is the first of what it plans as a new line, too.

In fact, Diego Deprati, the CEO of CCN, calls the yacht “a strategic milestone for our shipyard.” Project DOM123 represents hull number one of a new line named Firma. “Signature” in English, Firma  features yachts in the medium-size megayacht range, with input from a variety of international naval architects and design studios for “signature” appeal. This particular yacht, for instance, has design by Studio Vafiadis. Interestingly, CCN initially announced her last year as a spec project kicking off a series called DOM. CCN aimed DOM at the new generation of cruisers, naming it after the Latin word for home, domus.

Regardless of the series name switch, the owner of Project DOM123 is younger. He has more contemporary ideas, too. Measuring 122’4″ (37.3 meters), the megayacht incorporates features that are pretty unexpected for her dimensions. For example, she has an elevator, to transfer guests from their below-decks cabins to the sundeck. Rarely do owners request elevators aboard yachts less than the 50-meter (164-foot) mark. Also more like a bigger boat, six staterooms are aboard, including the master. Naturally, the owner has requested a main-deck suite, complete with a balcony, too. Given the ample 28’5″ (8.7-meter) beam, relaxation areas should feel bigger as well.

For a sense of what else the owner will experience, watch the animated video tour above. In the meantime, construction is already underway. The aluminum hull and superstructure joining takes place next month. Following delivery, Project DOM123 should see a strong range of 4,000 nautical miles at 10 knots, under Caterpillar power. Top speed should be 16 knots. These performance parameters were additionally attractive to the owner, who plans to entertain at times aboard.