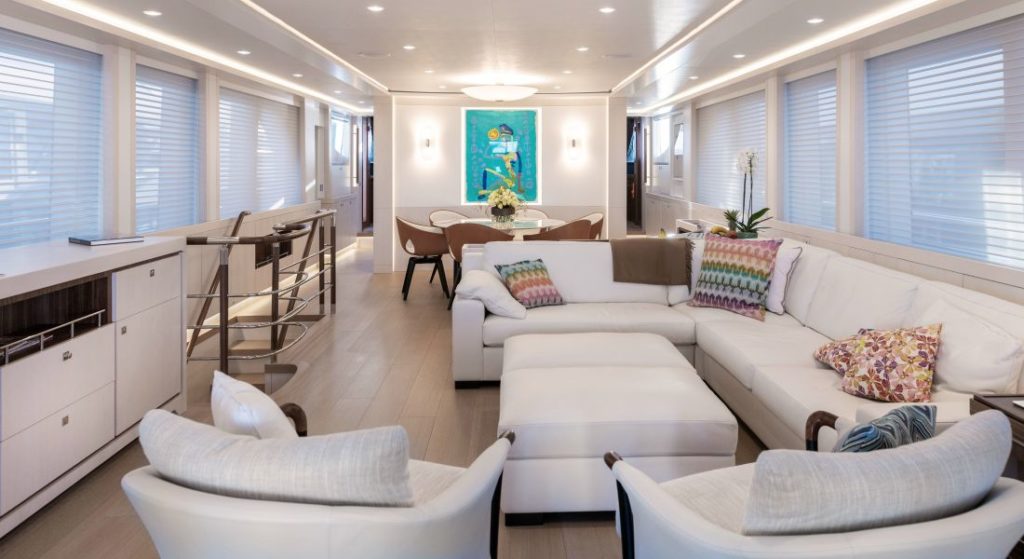 Understandably, the owner wanted a yacht suiting the way he likes to live. Guido De Groot, the interior designer, created an ambiance that puts a contemporary spin on Jugendstil, which was the German counterpart to Art Nouveau. Bleached ash and walnut woods appear throughout Vanadis, as do abundant light tones of other materials. The airy look and feel (at top) gets a boost from the deliberate lack of walls separating areas, too. Particularly, the galley is an open-style cooking area on the main deck. 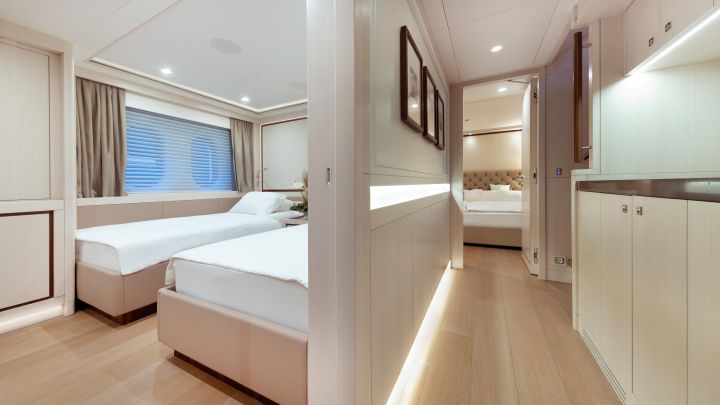 While the Jugendstil style extends to the master and two guest staterooms below decks, so, too, do practical needs. Specifically, the owner wanted Vanadis to feature rails and other handholds in the cabins and foyer, among other places. De Groot executed them discretely, such as slender cutouts, additionally lit from within, in the hall as seen above.

The sophisticated yet comfortable interior design would be all for naught if Vanadis didn’t meet the biggest directive from the owner. Hybrid propulsion, allowing diesel-electric or even full electric operations, was imperative. In in seeking the right technical partners for this, CCN selected Ginton Naval Architects, and especially Siemens as the key player. 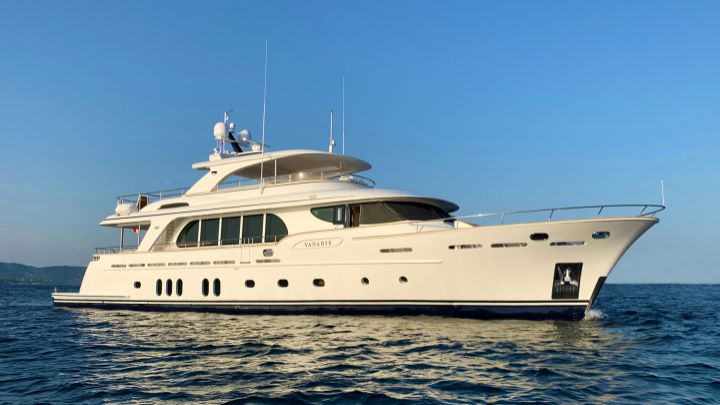 Siemens developed a propulsion system incorporating twin Caterpillars, Schottel azimuthing thrusters, and AKASOL lithium-ion batteries. The Caterpillars alone reportedly allow a top speed of 12½ knots. The battery bank on its own, meanwhile, can run her at 8 knots. As for the thrusters, they can rotate 360 degrees in place, augmenting maneuverability.

Siemens created not just the propulsion system, but also the power-management system. Among other things, the latter handles the energy the lithium-ion batteries store. Besides propelling Vanadis at low speeds for up to three hours, for example, they also can take on hotel loads either entirely or partially to preserve the gensets. In fact, they can run air conditioning, lighting, and all other functions at anchor for 17 consecutive hours. This, of course, reduces their fuel consumption.

At the launch of Vanadis, CCN’s CEO, Michele Deprati, said, “We want to be pioneers in promoting a cultural revolution that we deem essential to truly respect our planet.” Since Vanadis can operate in environmentally protected areas, she’s a significant first step.