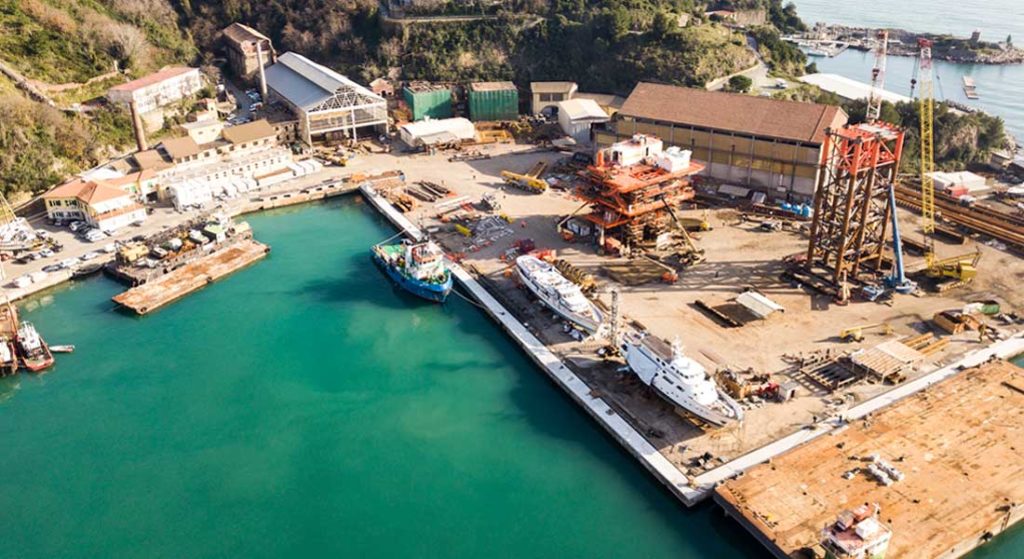 The Gulf of La Spezia in Italy is home to a number of major shipyards, including megayacht builders. One more has joined the mix, an offspring of a yard focusing on the offshore and onshore energy sector since the 1940s. The family-run Antonini Navi plans to build megayachts under its own brand, plus perform refits and serve as a subcontractor to other shipyards.

Antonini Navi comes from Gruppo Antonini, which has operations in three areas in the region. The idea to expand into yachting recently came to fruition thanks to a family friend, Aldo Manna. Manna has extensive yachting experience. In fact, he was behind the OceaNemo series of yachts, plus established the brokerage and management company MC Yacht. Between the abilities of the shipyard and the family involvement in the business, Manna was convinced Antonini Navi could take shape. “This is a great project with solid foundations,” he asserts. “Now more than ever, clients feel the need to deal directly with the owners of a shipyard and not just with investment fund managers.” 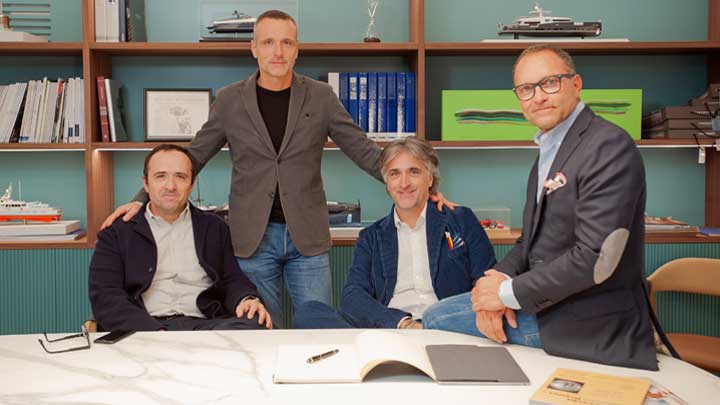 Those solid foundations have their roots in Walter Antonini, who established Gruppo Antonini in the 1980s. Simone Antonini (above, third from left), partner and CEO of Antonini Navi, is Walter’s grandson. Simone explains that even back then, his grandfather saw the potential to enter the yacht business. “That is why we were so enthusiastic about Aldo’s proposal to set up Antonini Navi together,” he says. 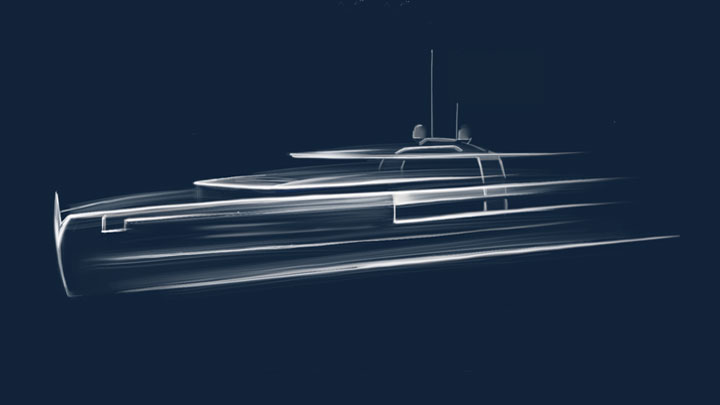 Since Gruppo Antonini has three shipyards, it’s converting its site in Muggiano (top) to become the yacht-specific base. Some of Gruppo Antonini’s current direct workforce of 200 people, along with several subcontractors, will now provide four distinct services there. First, it can double as a steel hull and/or superstructure subcontractor for other shipyards. Second, it can provide maintenance and refit services, especially since it’s already familiar territory for the workers. Current customers include the Italian Navy. Third, Antonini Navi will offer full custom megayachts. Finally, it will offer series builds from 98 to 164 feet (30 to 50 meters), in full-displacement as well as semi-displacement styles.

In fact, Antonini Navi already has one series started. From the drawing boards of Fulvio De Simoni, the Crossover combines a voluminous design with strongly contemporary styling. Furthermore, the shipyard intends to build a 130-foot (40-meter) Crossover first.