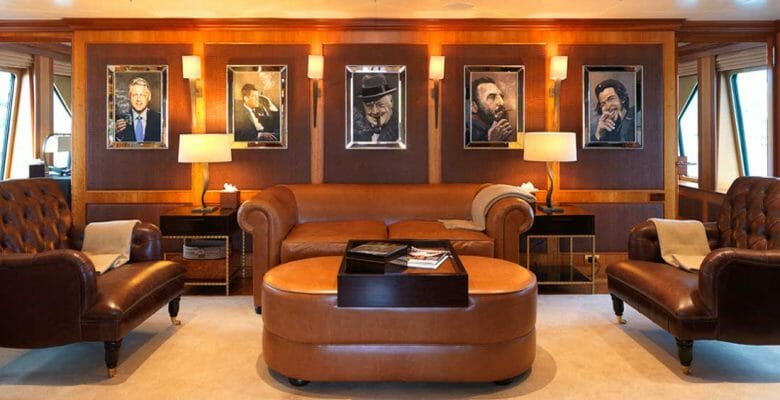 With hundreds of stories published each year, and thousands more dating back more than a decade, we have a lot of content for you to read. As much as we can predict pretty accurately what stories will pique the most interest, every now and then you surprise us. The most-read stories published in 2020 provided a few of those surprises. Here’s what got your attention.

1. Below Deck Mediterranean Season 5 Scoop: Identity of Biggest Boat Yet. Ever since the Below Deck TV series first aired, we’ve seen rising interest in our editorial. It comes from myriad people, from the merely curious to hopeful crewmembers. Even a few owners and their representatives are in the mix. (Yes, the show is a guilty, and not-so-guilty, pleasure for them.) But, specific stories on the Below Deck yachts generate the most interest among the show’s fans. The Wellesley (above) not only got the most readership, but also outpaced nearly every other article we’ve published about the show’s yachts.

3. Gene Machine Owner Jonathan Rothberg Developing Coronavirus Test. A seemingly simple Tweet in March (above) by Rothberg has led to countless articles, including ours, about his resolute quest to develop an easy-to-use, accurate, and inexpensive home test for COVID-19. At press time, his team’s Detect Test was awaiting FDA emergency use authorization, an extraordinary development. Furthermore, it proves that “owner does good” stories are of as much, if not more, interest than the alternative. Do yourself a favor and follow him on Twitter.

4. Jaime Botin, Adix Owner, Found Guilty of Smuggling Painting Aboard Yacht. Botin’s trial was surely among the most-read stories published in 2020 in multiple media worldwide. It involved a culturally significant Picasso painting. Botin attempted to export it from Spain, without permission, aboard Adix so that he could sell it. He’s sentenced to three years in prison and millions in fines.

5. 8 Megayachts Making Maine Their Summer Destination. Not surprisingly, given the desire to safely social distance, boat and yacht sales of all sizes dramatically increased this year. Similarly, cruising activities stateside rose, with Maine enjoying abundant waterborne visitors. As we revealed, they included one of the world’s largest yachts, as well as a yacht starring on the silver screen. (You’ll have to read the story to find out which ones they were.)