You are here: Home / Yachts / Motoryachts / Nordic Star, Host of Hollywood and Royal Elite, Up for Auction 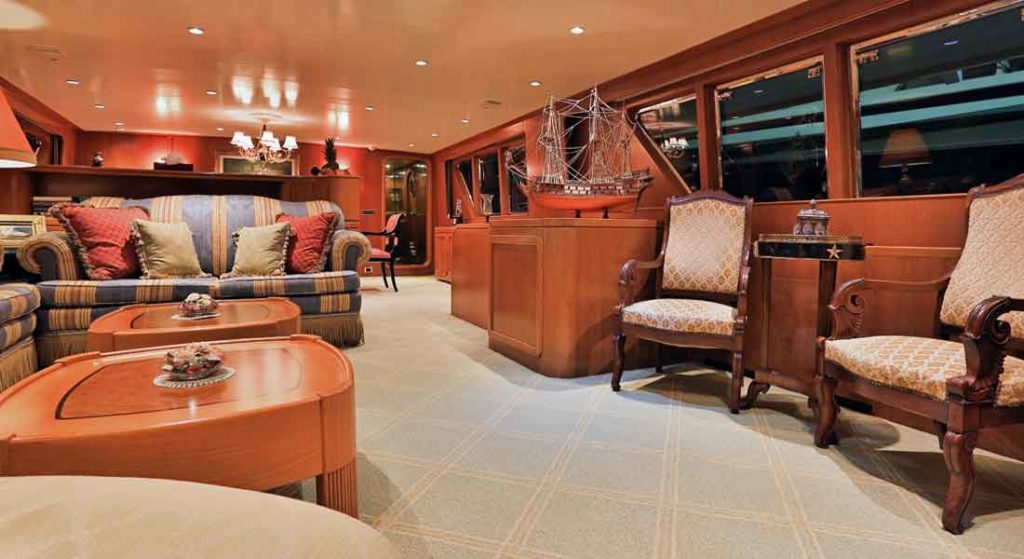 Starting March 1, you can bid on a megayacht that has entertained the who’s who of old Hollywood, plus modern royalty. The classic CRN yacht Nordic Star goes under the gavel on March 16.

Having initially seen delivery in 1978, and undergoing a major refit in 2012, the 122-footer (37.19-meter) also had a survey this past November. According to De Valk Yacht Brokers, which is involved in the auction, the owners and crew have kept her well maintained, despite using her only for short cruises around her homeport of Dubai in recent years. This extends to her interior, showing off Italian fittings, antique furnishings, and of course finely carved woods. It further extends to systems like zero-speed stabilizers. 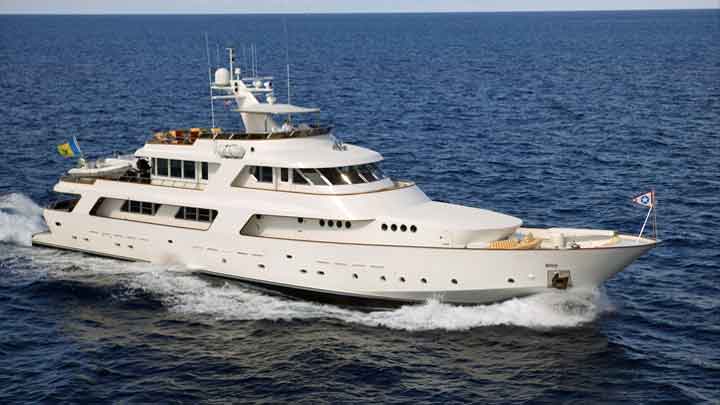 Her history, however, is what should pique interest even more. Nordic Star’s original owner was Virna Lisi, an Italian actress. She had memorable roles in European and American films. For instance, she starred opposite Jack Lemon in How to Murder Your Wife, where she emerged from a wedding cake. Lisi was also born in Ancona, CRN’s home city, making for a natural fit. Reportedly, she requested all the custom furnishings aboard Nordic Star have rounded edges and be below her hips, therefore protecting her stockings. Additionally, she entertained the likes of Frank Sinatra, Tony Curtis, Anthony Quinn, and Lemon onboard. In fact, several years ago the captain discovered chair plaques containing their names hidden away in a secret compartment. The plaques now sit in the yacht’s games room.

Although the current owner has cruised onboard briefly, Nordic Star has continued entertaining high-profile people. Prince Harry was onboard during the Abu Dhabi Grand Prix in recent years. 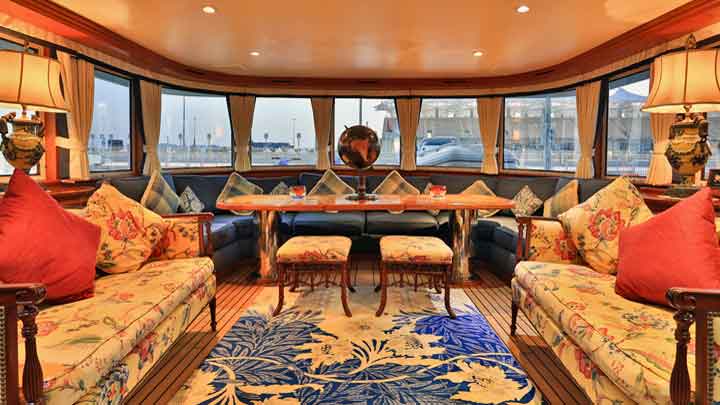 Nordic Star is available for viewing in Dubai. She is also available for transport anywhere in the world upon close of the auction, at the purchaser’s expense. The starting bid is $500,000, with an ultimate asking price of $3.5 million.